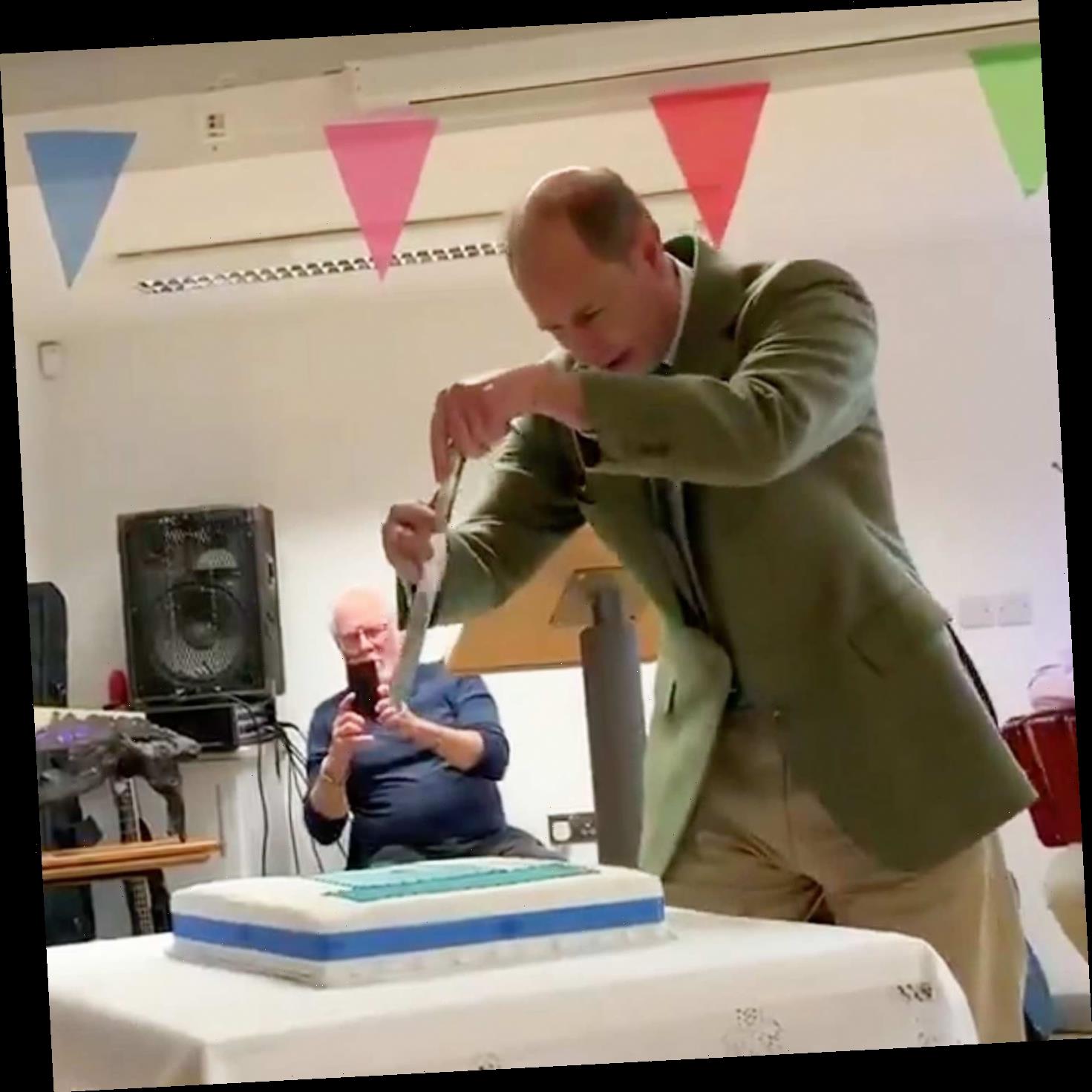 Queen Elizabeth’s youngest son visited the Lakeland Community Care Centre in Northern Ireland on Wednesday to help celebrate its 25th anniversary. During the festivities, the Earl of Wessex was bestowed the honor of cutting the cake — and did the deed in a truly bizarre way.

In a video shared by the royal family on Twitter, Prince Edward excitedly stands over the cake with a large knife aimed at the middle of it as a crowd cheers him on. After he enthusiastically yells a countdown, he shows off his unique cake-cutting skills by stabbing the confection like Buffy Summers plunging a stake into a vampire’s heart.

It’s unclear if this is sincerely how Prince Edward cuts cake or if he was just trying to get a laugh (he has been quite goofy in public in the past), but most people on Twitter got a kick out of the royal looking like he’s about to gut a fish.

And, although the whole thing may have been done in jest, one user had a pretty valid comment: