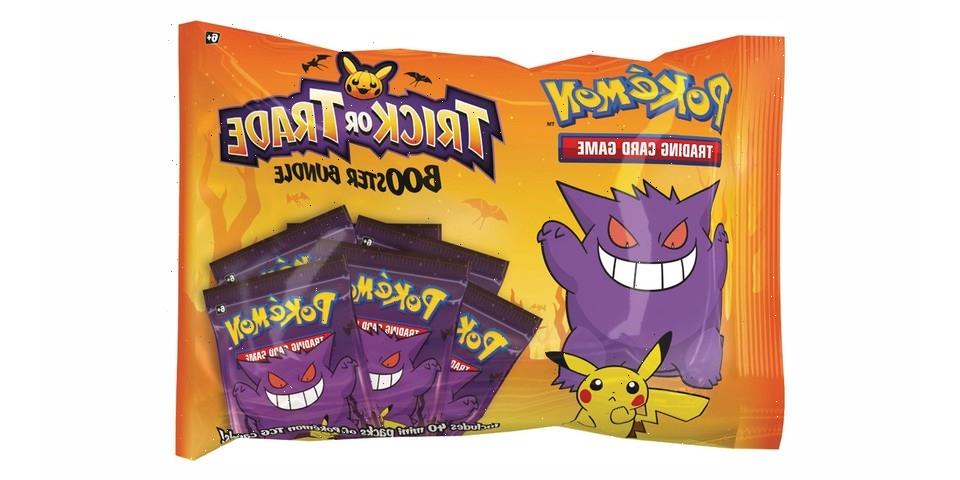 The Pokémon Company International has announced an upcoming Halloween campaign that will include themed activations and merchandise across the entire franchise.

Kicking off the celebration, the company unveiled a new Pokémon Trading Card Game: Trick or Trade BOOster Bundle, which will launch in participating retailers on September 1. Each bundle will include 40 Halloween-inspired mini booster backs, each of which will contain three spooky Pokémon cards, with characters including Zubat, Gengar, Pumpkaboo, Mimikyu and Polteageist. Additionally, each card will be stamped with a Pikachu jack-o-lantern.

“The Trick or Trade BOOster Bundle combines two things that families love — Pokémon trading cards and Halloween,” said Tim Moore, senior director of merchandise and retail marketing at The Pokémon Company International, in a statement. “With the incredible popularity of the Pokémon TCG, this will be a uniquely welcomed candy alternative in trick-or-treaters’ bags by both kids and parents.”

In addition to the Trading Card Game, Pokémon will introduce a new interactive website, which will launch in early September, that will serve as the home base for seasonal entertainment and merchandise for the franchise. Products will be revealed over the course of the next several months, though fans can expect a range of themed items including home decor, plush, collectibles and more.

Elsewhere, Post Malone is offering $100,000 USD to someone who can beat him in Magic: The Gathering.
Source: Read Full Article