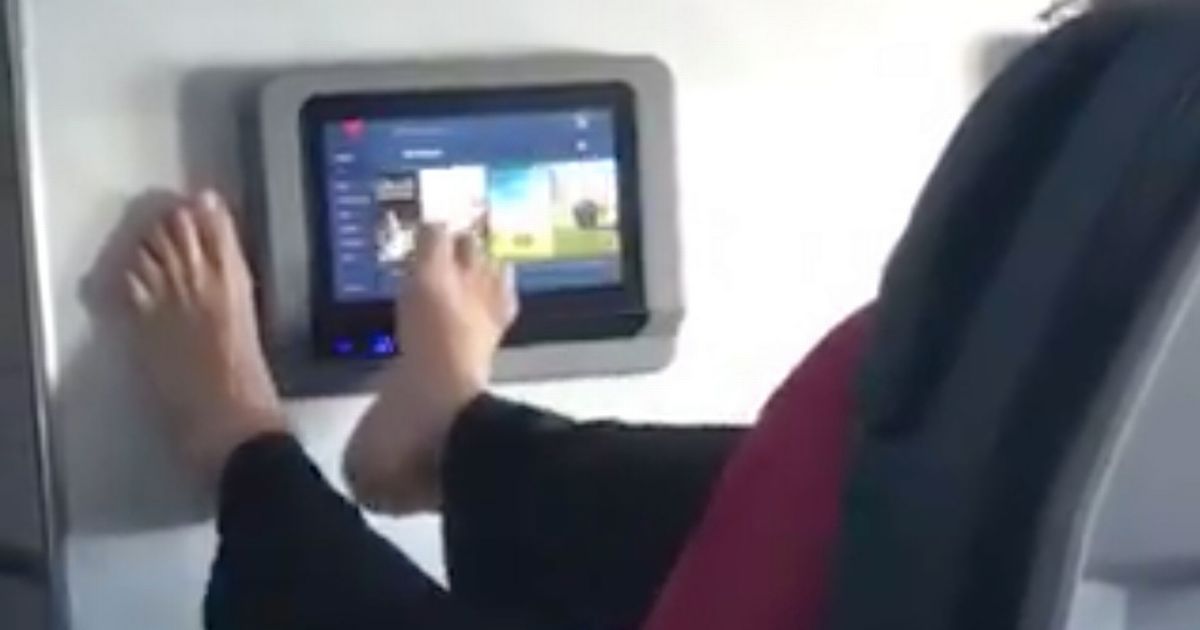 We've seen people hanging out their laundry to dry on planes to dry and draping their hair over the backs of their seat.

But one passenger may have just won the gold for doing the 'most disturbing' thing during a flight.

Author Alafair Burke took to Twitter to share a video her friend captured during a recent trip of a man who had his bare feet up on the wall of the cabin.

And while that alone would probably be enough to gross people out, it gets worse.

A few seconds into the clip the man begins to use his toes to swipe through film options on a touch screen television in front of him. Sharing the footage with her 12,000 followers, Burke wrote: "My friend who doesn't have this sent this from her flight. It belongs on Twitter."

Thousands also commented on the tweet, sharing their disgust at the man's actions – and recalling a video in which model Naomi Campbell revealed she always wipes down her plane seat with antibacterial wipes before a flight.

One person said: "This is the most disturbing thing I've seen on Twitter."

Another replied: "This is exactly why Naomi Campbell wipes down everything she touches on a plane. I'm following her advice cuz these people are nasty."

Others joked that Burke's friend should call the police as he needs to be arrested.

"I won't rest until this person is captured by interpol," proclaimed someone else.

However one user wasn't impressed by the judgemental responses and shared an alternative view.

They commented: "Gonna point out to everyone being judgemental on this, based strictly on what is shown, none of us know if that person has a muscular impairment that precludes their ability to lean forward and use their hands for this. Let's practice less judgement and more compassion."