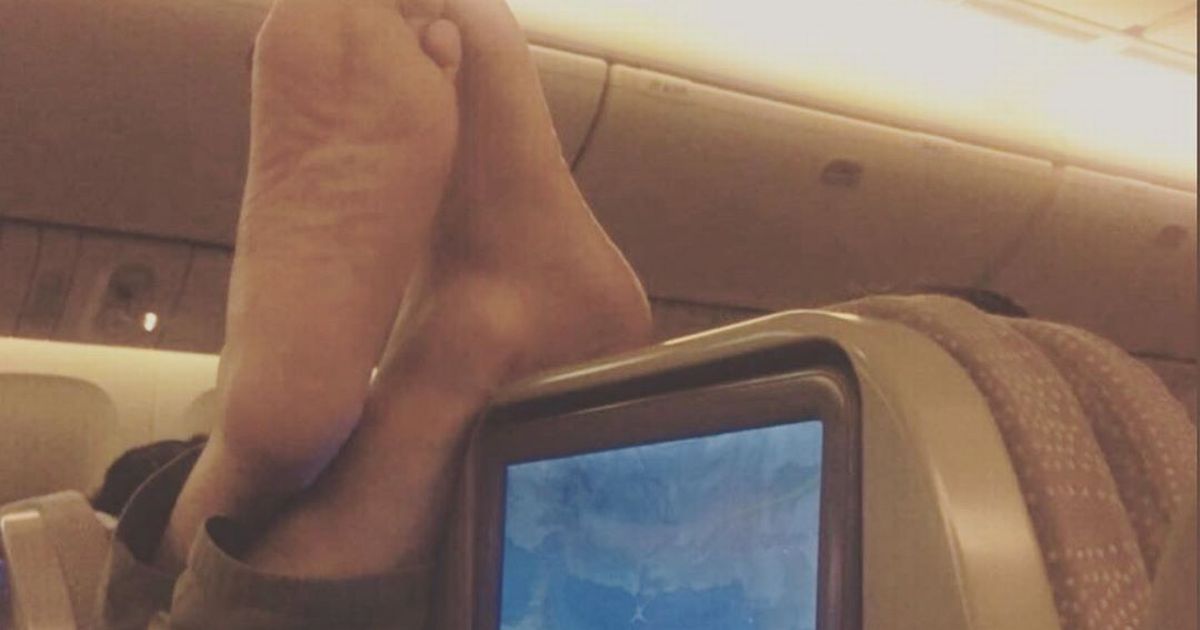 People always say to put your best foot forward – but no passengers are happy to see your feet on board a long-haul flight.

Flying etiquette always stirs up a heated debate online and now a picture of a passenger putting up his feet on the headrest of the chair in front of him has gone viral.

Shared on Instagram under the account, 'passengershaming', the picture shows the passenger putting his bare feet on the side of the entertainment screen in front of him.

From the angle of the way he placed his feet, it appears that he was enjoying two seats to himself in the economy class of the plane.

The post has gathered over 7,000 likes and over 400 comments since it was published two days ago.

An angry user said: "People just have no shame! GROSS!"

Another one joked: That's it the next time I fly on a plane I'm wearing a Hazmat suit."

One suggested the airline company should give out free socks to passengers and offer a $5 upgrade to avoid sitting with people with smelly feet.

It came just weeks after a video of a man swiping an airplane screen with a bare foot went viral.

The clip has set off a torrent of disgusted responses as some suggested to bar people with such behaviour on a 'no-fly list'.

Diane Gottsman, author of 'Modern Etiquette for a Better Life' said foot odor is one of the key reasons why feet should remain covered on flights.