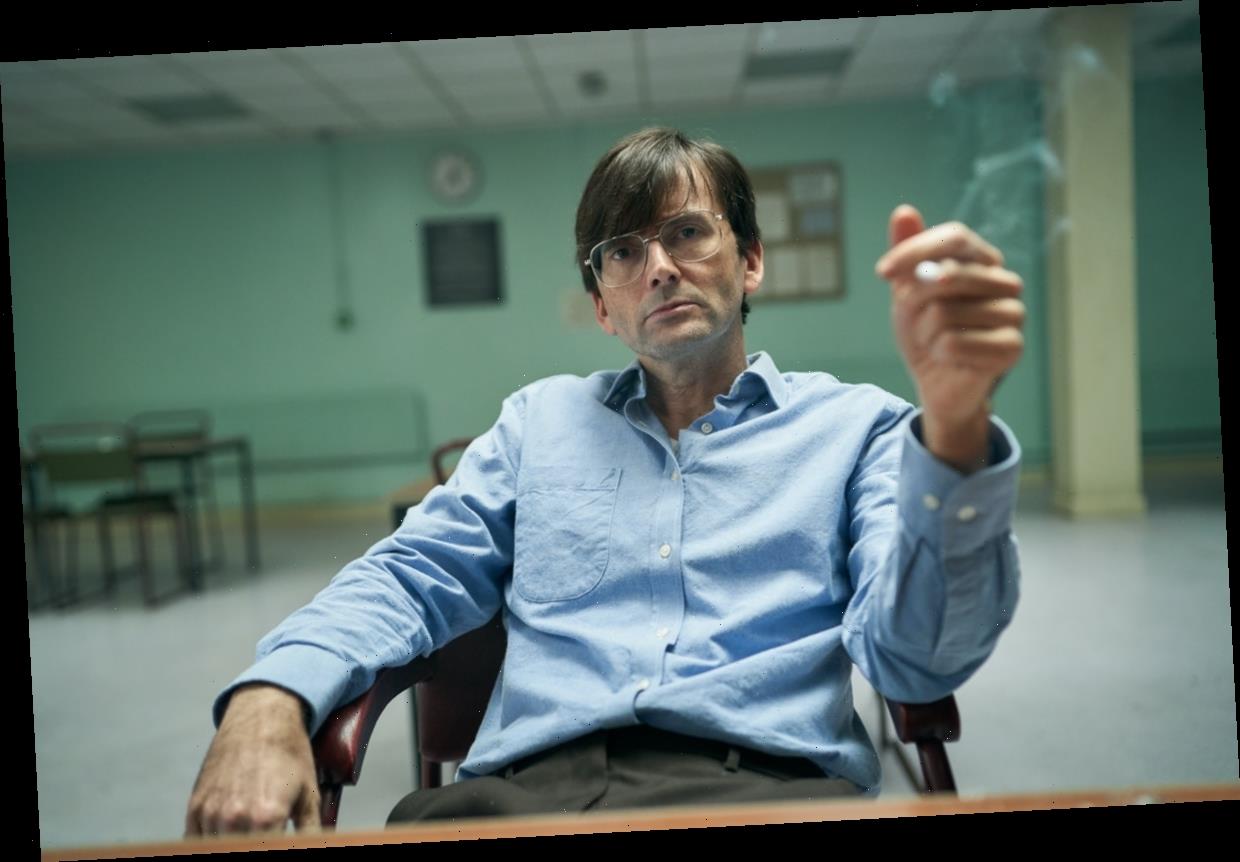 Tennant transformed into the notorious serial killer for a new ITV drama.

The horrific crimes and conviction of a notorious serial killer are the subject of ITV’s latest three-part drama Des. The series will retell the story of Dennis Nilsen, a man convicted of murdering at least 15 people in London during the late 1970s and early ’80s. Leading the show’s cast is Broadchurch star David Tennant, and these real-life photos of Dennis Nilsen prove the actor underwent an incredible transformation whilst portraying one of Britain’s most infamous killers.

ITV’s Des will tell the story of the arrest and subsequent trial of Nilsen, who was sentenced to life in prison after murdering several young men in his London flat between 1978 and 1983. He was eventually caught after human remains were discovered in clogged drains outside of his apartment building.

As Bustle has previously reported, Nilsen died behind bars in 2018 at the age of 72, and during an interview with the Radio Times, leading man Tennant explained why he’s "relieved" Nilsen isn’t alive to witness the new series unfold.

“After he was arrested, Dennis Nilsen became obsessed with was the legend of ‘Des’ — the reputation that he left behind," the actor said. "Whenever he slipped out public consciousness, there was almost a sense that he wanted to get back into it. That’s why I’m relieved he’s not alive."

Discussing preparations for his latest role, Tennant explained how researching old footage of Nilsen, as well as looking through his old prison notebook, helped him transform into the real-life killer on-screen.

“There is some footage of Nilsen in an interview he did with Granada Television when he was in prison, and he was an avid home movie-maker, some of which survive, so we were able to see those," he told the Radio Times, adding: “It was a useful starting point to see how he moved and how he sounded, as there are occasional bits of audio of him around, too. And of course the notebooks — he wrote and wrote and wrote in prison.”

ITV’s three-part true-crime offering is inspired by Brian Masters’ 1995 book Killing for Company, and joining Tennant in the show’s cast is Code 404’s Daniel Mays as Detective Chief Inspector Peter Jay, The Crown’s Jason Watkins as a biographer Brian Masters, among others.