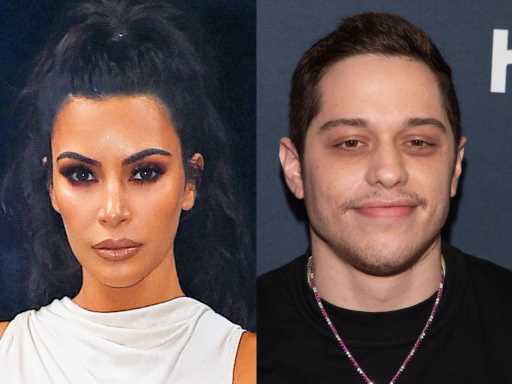 Pete Davidson might have a reputation as a ladies’ man in Hollywood, but he’s reportedly not messing around when it comes to his relationship with Kim Kardashian. He is apparently making sure that his girlfriend knows how much he appreciates their dating situation, so that means no slacking off or treating the SKIMS founder as a casual hookup.

Right from the beginning, the Saturday Night Live star noticed that he was “easing into this relationship differently” than other high-profile celebs he’s dated, including Ariana Grande, Kaia Gerber and Kate Beckinsale, according to a Hollywood Life source. He believes that “it is actually the most important relationship he’s ever had,” which might be shocking news to Grande, who was engaged to the comedian in 2018.

Davidson feels that his romance with Kardashian could go the distance, even though she hasn’t finalized her divorce from Kanye West (and their feuding PR headlines). “This relationship with Kim in Pete’s eyes has a lot of legs to it and he refuses to screw it up,” the insider shared. That’s a pretty bold statement because the couple began dating after her SNL hosting gig in early October, plus they are dealing with a long-distance situation, which is never easy.

The source isn’t entirely convinced either because “Pete moves fast in his relationships,” but he at least recognizes his dating pitfalls. “He is getting those similar feels with Kim, but this time around, he is not going to pull that trigger that fast because he wants it to last and doesn’t want to ruin what they are creating with each other,” they added. Davidson and Kardashian made it through Christmas and New Year’s Eve, so let’s see how they do when the most romantic holiday of the year rolls around. Just keep pumping those brakes, Pete.