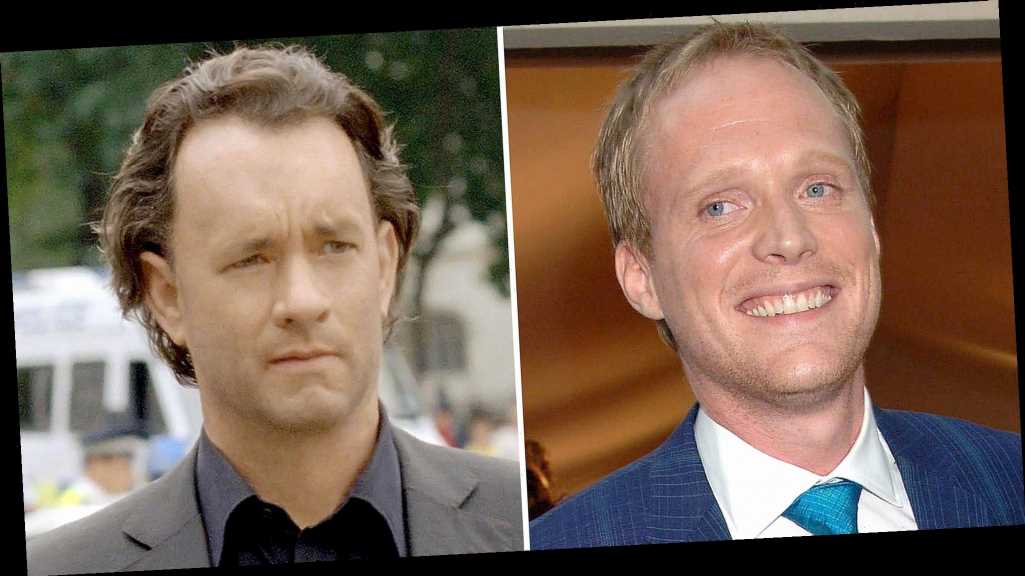 It happens! Paul Bettany recalled a hilarious anecdote about filming with Tom Hanks for 2006’s The Da Vinci Code, revealing he “punched” a fart out of the legendary actor.

“I had to grab him and I had to punch him in the stomach and it’s very quiet on set,” the Wandavision star, 49, remembered during a Wednesday, March 3, appearance on The Late Late Show With Stephen Colbert. “It’s always more quiet when there’s a stunt going on because you’re worried somebody’s gonna get hurt. So, everybody’s listening, and I punched him in the stomach and he farted really, really, really loudly.”

Bettany continued: “But really loudly. I didn’t know what the form was. What do you do when the biggest movie star in the world farts? I kinda looked at him. And he went, ‘What is wrong with you? You just made me fart!’”

The story has been confirmed by the Cast Away star, 64. He walked fans through his own version of events during a 2019 appearance on The Graham Norton Show, corroborating the England native’s story. Hanks admitted that he hadn’t had the opportunity to be in that many movie fights, noting, “When it comes down to fight scenes, I get cast as the pie-eater.”

Stars Who Tested Positive for Coronavirus

Hanks noted, “I got beat up by Paul Bettany in The Da Vinci Code. … In movie fights, everybody treats it like it’s a real fight.”

“Paul came rushing in and I met him, and what had to happen was he was supposed to knock me down against a desk and then I landed on the ground,” Hanks revealed. “When I hit the floor, I farted.”

Bettany previously told the story in 2015 while speaking with Yahoo Movies UK. He said the California native kept asking him “to punch him harder” throughout filming the scene. On the first blow, however, Hanks let one rip. The Avengers: Age of Ultron star admitted, “I didn’t know what the right thing to do was. Whether you mention it or, as an Englishman, I felt as if I should say, ‘Oh God, sorry! I farted!’”

The Toy Story actor was a good sport about it, though. Bettany shared at the time, “[Hanks] just looked at me and said, ‘You just made me fart. Isn’t that funny?’”

Celebrities With Their Look-Alike Kids

The A Beautiful Mind star added, “I loved him for that.”