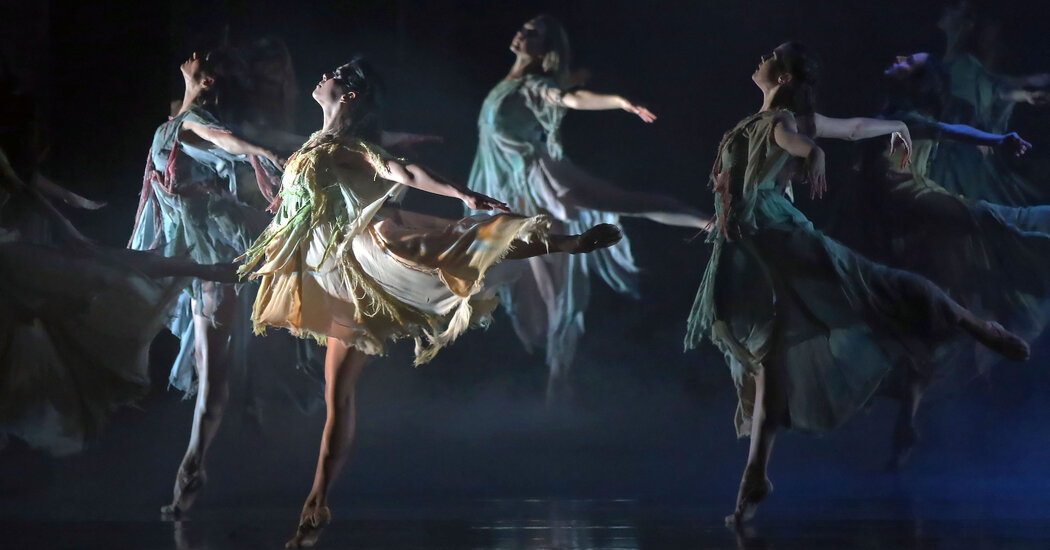 Pat Collins, a Tony Award-winning lighting designer and a Broadway mainstay whose work was seen for nearly 50 years in plays, musicals and operas, died on March 21 at her home in Branford, Conn. She was 88.

The cause was pancreatic cancer, said Dr. Virginia Stuermer, her partner of 64 years and her only survivor.

Ms. Collins, who won her Tony for Herb Gardner’s “I’m Not Rappaport” in 1986, was the lighting designer for more than 30 other Broadway productions, among them “The Threepenny Opera,” “Ain’t Misbehavin’” and “Doubt,” which earned her a Tony nomination.

“Her lighting was like her personality: She was nervy and intelligent but with a sensitive side,” John Lee Beatty, a Tony-winning scenic designer and frequent collaborator, said in a phone interview. “She really blossomed in tech rehearsals; she loved to create on the spot.” He added: “She could do conventional lighting, but she also wanted to try everything.”

Ms. Collins brought an autumnal palette to “I’m Not Rappaport,” about two irascible and inseparable octogenarians who meet on a Central Park bench, and the darkness of looming death to a 1989 production in Baltimore of “Miss Evers’ Boys,” David Feldshuh’s play about the federal government’s withholding of treatment for syphilis to poor Black men. In a 2002 revival of Lanford Wilson’s “Burn This” at the Union Square Theater, she transformed figures onstage into what Ben Brantley of The New York Times called “ambiguous silhouettes.”

She also worked at regional theaters throughout the United States and with opera companies in New York, San Francisco, Santa Fe, London, Paris and Munich — always using light to establish moods, create the illusion of time passing and indicate where the audience’s attention should be on the stage.

“Lighting has everything to do with how you feel and how things affect you,” Ms. Collins told The Post-Star in Glens Falls, N.Y., in 1975. “Almost everyone has had the aesthetic experience of being moved by seeing light filtered through trees in the forest. Multiply that by one thousand and you’d have some idea of the constant subliminal effect lighting has on us.” 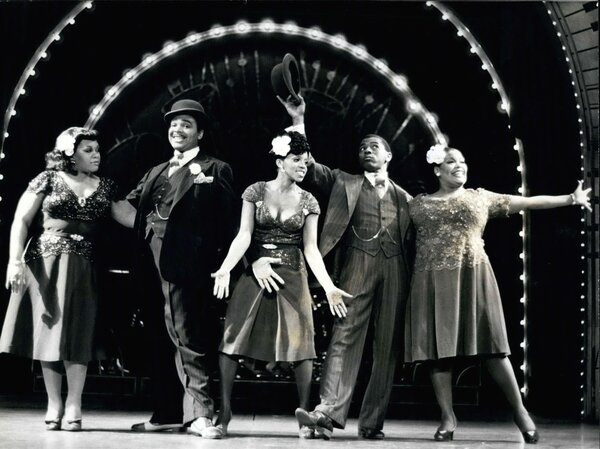 Michael Chybowski, a lighting designer who worked with Ms. Collins on two productions at the Alaska Repertory Theater in the 1980s, said of her: “She understood the point of the show and made sure that you saw it. Whether it was portentous events in ‘An Enemy of the People’ or the sheer fun of ‘Ain’t Misbehavin’,’ her light reflected and communicated that.”

Mr. Chybowski recalled the lighting design that Ms. Collins devised for “An Enemy of the People,” Ibsen’s political drama about a scientist who tries to save his town from water pollution but becomes a scapegoat.

“She went into the studio, worked at my drafting table for four hours, drew up the plan and went off to the airport,” he said. “I said, ‘It can’t be that easy,’ but we put on the show, and it was the most beautiful show we did in my five years at the theater.”

Patricia Jane Collins was born on April 3, 1932, in Brooklyn to Jerry and Alta (Hyatt) Collins. Her mother worked in a law firm; her father left the family when Pat was very young.

Ms. Collins attended Pembroke College in Brown University, where she studied Spanish and joined a campus drama group. After graduating, she spent a year at Yale Drama School — where she met Dr. Stuermer — but felt it was a waste of time. She went to work instead as a stage manager at the Joffrey Ballet, and then as an assistant to Jean Rosenthal, a top Broadway lighting designer, at the American Shakespeare Festival Theater in Stratford, Conn.

Ms. Collins worked as a stage manager, among other jobs, in the 1960s but did not hit her stride until Joseph Papp, the founder and director of the New York Shakespeare Festival, hired her to design the lighting for productions of “The Threepenny Opera” at Lincoln Center in 1976, which earned her a Tony nomination, and at the Delacorte Theater in Central Park in 1977.

“She had fixed somebody else’s show, and he offered her ‘Threepenny,’” said Mimi Jordan Sherin, a lighting designer and longtime associate of Ms. Collins’s. “That put her on the map, and she never stopped working after that.”

For all that she worked on Broadway, she spent much of her time away from it, designing lighting at regional theaters, including Ford’s Theater in Washington, Steppenwolf Theater in Chicago, Berkeley Repertory Theater in California, the Geffen Playhouse in Los Angeles and the Long Wharf Theater in New Haven, Conn.

For the Hartford Stage Company’s production of Shakespeare’s “Cymbeline,” Malcolm Johnson of The Hartford Courant wrote admiringly of “the ever-changing light patterns” that Ms. Collins had created with “mirror images and stars and moons and comets.”

Ms. Collins, who began listening to opera on radio at age 9, designed lighting for productions at the Metropolitan Opera, the Royal Opera House in London and the Bavarian State Opera in Munich. She also conceived the lighting for Lar Lubovitch’s production of “Othello: A Dance in Three Acts” at the American Ballet Theater in 1997.

Her other Broadway credits include “The Heidi Chronicles,” “The Sisters Rosenzweig,” “A Moon for the Misbegotten,” “Good People,” “Orphans” and “Execution of Justice,” for which she won a Drama Desk Award in 1986.

Mr. Beatty recalled being in London one year when Ms. Collins had a double bill of work there — Stephen Sondheim’s “Into the Woods” and a performance nearby at the English National Opera.

At “Into the Woods,” he said, “the curtain goes down, the music starts” and the lighting was “bright and simple, like the world’s biggest flashbulb had come on. Whoa, in your face!”

“There was a certain joyfulness to that,” he added. “Then, she was down the street, doing an esoteric opera, challenging that director to think out of the box. It was perfect Pat.”