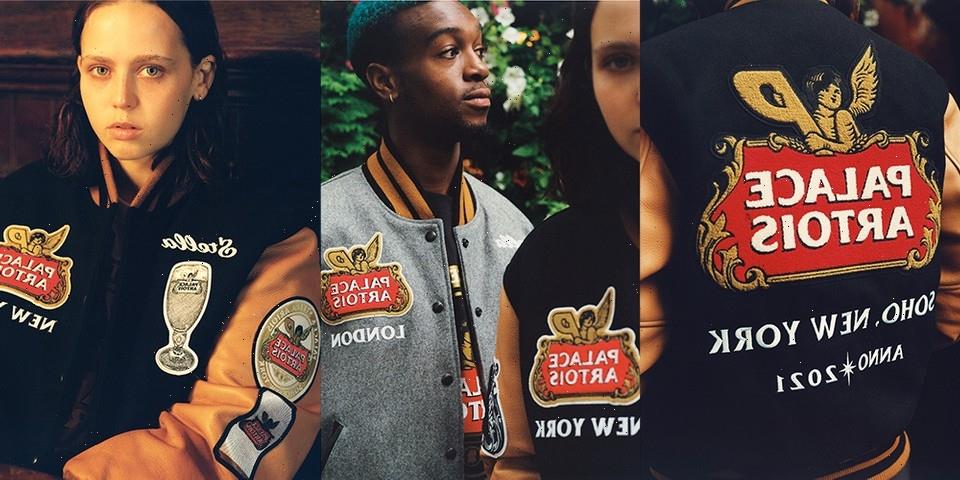 Palace and Stella Artois have reunited for Fall/Winter 2021, following on from a collection earlier this year that celebrated the classic British pub in all its glory. For the second Palace Artois collection, the London-based skate label has created items celebrating Soho in New York and Soho in London.

Speaking about the collection, Palace said, “We’re stoked to be working with our favourite beer once again. For our second collection, we wanted to continue the story and to share our love of beers and the great British institution that is the pub! This time round we can finally cheers and all savor life together.”

The collection includes apparel such as T-shirts, hoodies and caps, with the stand-out piece being the stadium jacket. The jacket comes complete with Palace Artois and Stella-branded patches across the chest and arms, while it also pays tribute to either London or New York.

Alongside the clothing, Palace and Stella are also set to release a range of barware items. As well as neon signs, mirrors, bar towels, coasters and more, the two have created special-edition Stella cans that will release in select7 Eleven in the USA and in certain locations in Bristol, Leeds, Liverpool, London, Manchester, Sheffield in the UK.

Take a look through the lookbook in the gallery above. The second Palace Artois collection will begin releasing via Palace’s web store on August 27, arriving at its London, New York and L.A. locations on the same day, as well as Dover Street Market’s London and L.A outposts.