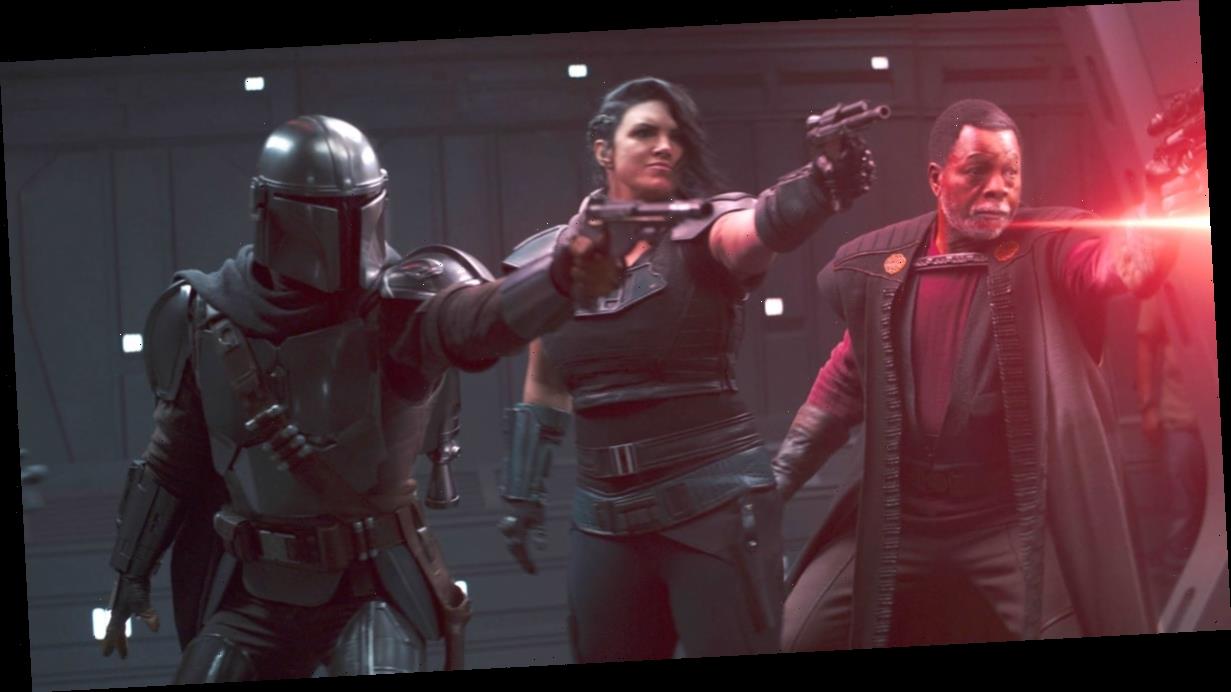 Just when you thought the Game of Thrones Starbuck snafu couldn’t be topped, season two of The Mandalorian said, “Hold our blue milk.” During episode four, “The Siege,” a casually dressed crew member can be seen in the background of a fight between Greef Karga, Cara Dune, Mando, and stormtroopers in an old Imperial base. Not only did the nameless (and faceless) crew member make the cut for the episode, they also made it into official release photos, including the one above.

This isn’t the first time a Disney+ original has left fans wondering whether it was intentional or a careless mistake. Back in September, the finale of Muppets Now aired with a VFX watermark that left fans scratching their heads. While the Muppets potential joke may not have gone over well, Twitter loved The Mandalorian‘s accidental inclusion of “Jeans Guy.” Whether or not we’ll see people cosplaying this character at future conventions is still to be seen, but until then, you can check out some of the best fan reactions to the goof.