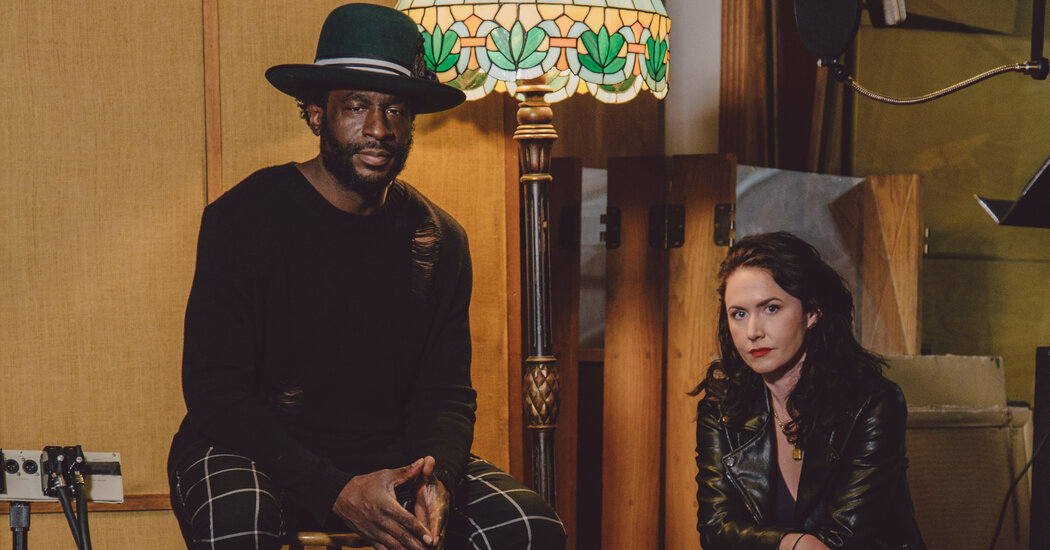 One Saturday in April, at a Manhattan recording studio strewn with antique lamps and masked technicians, the singer Liv Warfield’s face was clouded in concentration as she layered harmonies into the outro of a rousing soul number. She noodled for a while, trying to work out which notes to add next. “We might have to go to the rafters,” she concluded.

The session engineer played back the track, and Warfield got to work, reaching into the upper parts of her range. On the other side of the glass separating the recording booth from the console, the producer Ray Angry stood and yelped in approval: “No Auto-Tune in this session!”

The song, called “#NewBornAgain,” feels of the moment, with lyrics that reference Covid-19 and its historical antecedent, the influenza pandemic that swept the globe a century ago (“It’s like we’ve been here before/When 1919 stole the show”). Warfield, a former member of Prince’s New Power Generation who has released two alt-R&B albums of her own, wrote the lyrics herself. But she worked, indirectly, with collaborators from a previous generation: the writers of an old hymn of the same name (minus the hashtag), on which the song is based.

This sort of dialogue between past and present is a central feature of “Public Domain,” a project that Warfield was brought into by its creators, Angry and the visual artist Katherine McMahon. With support from a wide cast of collaborators, Angry and McMahon are taking songs from the public domain — a class of creative works whose copyright protections have expired or been otherwise forfeited, making them freely available for public use — and reimagining them for the present moment. 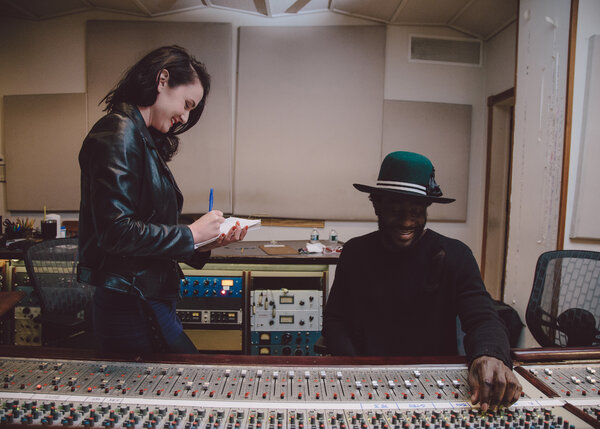 Arriving Monday, “#NewBornAgain” — a stomper with sonic references including the Staple Singers, Prince and the bluesman R.L. Burnside — is the first single from what will ultimately become “Public Domain,” the album. Warfield’s rewrite strips the original of its religious overtones, changing its uplifting message about rebirth through faith to one of exasperation, a plea for reprieve from the punishing cycles of history. “Reliving the same stories, circling through time/Where are the superheroes we thought would save our lives?” sings the songwriter J. Hoard, who also contributed vocals to the track.

Angry, who has worked with Christina Aguilera, Ja Rule and Solange, met McMahon years ago through a mutual friend. But the two didn’t develop a creative partnership until last summer, when they staged a performance called “Free Clean Money” at Guild Hall, an arts center in East Hampton, N.Y. That piece involved dousing $1 bills with Lysol and handing them out to visitors — both a reference to public fear about viral contamination and a salutary gesture for an economic system in which money is, in their estimation, neither free nor clean. Angry scored the performance with a composition inspired by the ongoing Black Lives Matter protests, bringing the topic of racial injustice into dialogue with matters of economic inequality and pandemic anxiety. Both said that their collaboration felt novel and exciting.

After the performance wrapped, McMahon fell down a “rabbit hole of dorky research” into copyright law and works in the public domain. While browsing several such texts, which were written before 1925, she was struck by how strongly they resonated, despite the temporal distance between her and their authors.

“The language and the syntax is a little bit different, but the heart and the humanity is there,” she said in a phone call from her Manhattan apartment. “In the world we live in now, we’re constantly feeling driven to create content. But I like the idea that there’s all this content that exists already. What if we go back to it and see how our experiences today compare?”

For McMahon, who is primarily a painter, undertaking a music project is something of a creative leap. At the recent recording session, she was a quiet but focused presence, with a notepad in hand and pen tucked behind her ear, scribbling in between takes. While Angry heads up production and arrangements for all the songs, she’s acting as more of a creative director, selecting source material and rewriting lyrics, or guiding other collaborators as they conceptualize updated versions of old texts. “Katherine really knows what she wants,” Warfield told me, and McMahon agreed: “I definitely had a vision early on,” she said.

That vision is responsive to today’s societal challenges. Like “Free Clean Money,” “Public Domain” seeks to address big-picture structural issues exacerbated by the pandemic. One song reworks Irving Berlin’s 1924 ballad “All Alone” with new lyrics about racism and discrimination in America, penned by the gospel singer Jermaine Dolly. The project also examines the more personal plights that many have experienced over the past year, like loneliness and substance abuse — as in “#AlcoholicBlues,” a contemporary take on a Prohibition-era tune (all of the songs are titled with hashtags). Overall, McMahon said she’s sought out texts that could “speak to the existential dread of modern life.”

The project is taking shape against a backdrop of heightened public interest in the legal guardrails that protect ownership and use of musical works. Lately, music industry heavyweights — including Taylor Swift, who is currently rerecording the parts of her catalog she no longer controls, and Bob Dylan, who sold the publishing rights to his entire catalog — have made headlines for nine-figure business deals involving their copyrights. With their project, McMahon and Angry are taking a longer view of music’s life cycle, and considering the value that it retains even when it’s no longer a financial asset — that is, its potential to create community, supply inspiration and prompt reflection. And in re-authoring and building on the work of other creators (something that musicians do all the time, with or without formal permission), the project applies pressure to the notion that an idea can be possessed by a single person.

In Angry’s mind, concerns about ownership are secondary to concerns about fairness. This thinking is at the heart of Mister Goldfinger Music, a new label he’s starting; he plans for “Public Domain” to be its first release. Motivated by some of the shady deals he’s witnessed during his many years in the industry, he’s striving to develop transparent, ethical business practices that supply up-and-coming musicians with the information and infrastructure they need to grow.

“I really want to empower artists to be brave and make the music that’s on their hearts and collaborate with people that they normally wouldn’t,” he said.

With “Public Domain,” he’s made good on his mission to foster collaboration. “Ray is just pulling people out of the hat,” Warfield said. After the “#NewBornAgain” session, he and McMahon sent through periodic updates about new people signing onto the project; the expanding roster currently includes the Roots’s Black Thought, the guitar wunderkind Eric Gales, the roots-rock bandleader Marcus King, the drummer Daru Jones, the artist and musician Lonnie Holley, the jazz singer Melissa McMillan and more.