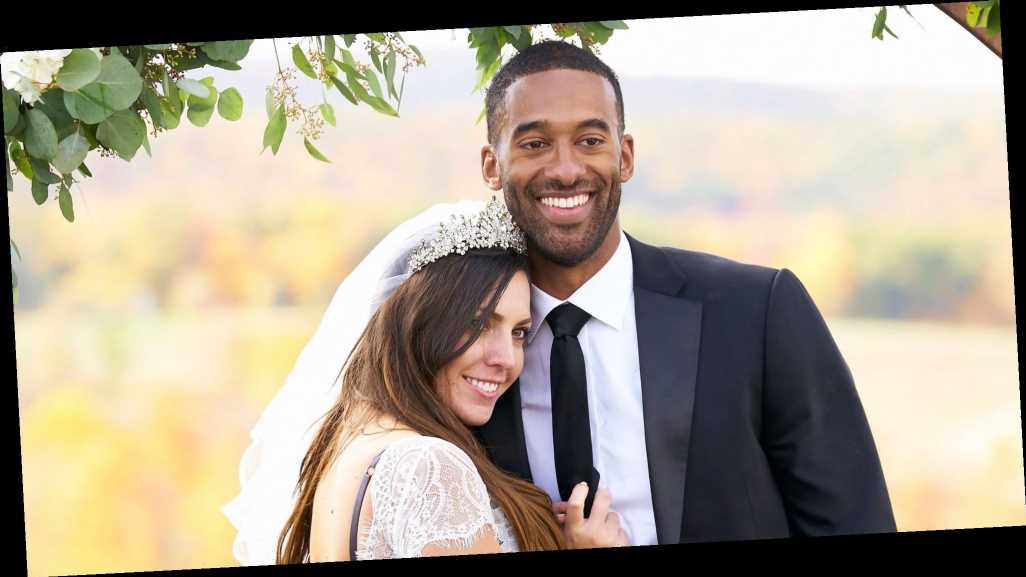 A not so pleasant date! During the Monday, January 11, episode of The Bachelor, 18 of Matt James‘ contestants took part in a group date, posing for wedding photos with the lead. Midway through the date, they were interrupted and split into teams for a game of “capture the heart,” which included a lot of paint.

Inside The Bachelor’s Resort: How Far Is Matt From His Contestants?

Apparently, the game was pretty intense for self-proclaimed “Queen” Victoria Larson. Following the date and after a heated disagreement with contestant Marylynn Sienna, Victoria, 27, went to sleep on the couch.

“Girl maybe sleeping on the couch is the reason why you got those bags under your eyes,” a meme account shared after the episode with a photo of her on the couch and another screengrab in which her eye appeared to be swollen.

“Hahahaha the caption I’m crying,” the former flight attendant wrote via her Instagram Story on Wednesday, January 13, when sharing the post. “Nooo, I got a mf stye from the group date!”

The real estate agent has been making waves on the show since the season 25 premiere when she arrived on a throne wearing a tiara.

“I’m Victoria, like the queen, and I’m looking for a king with a good heart. So, I heard that’s you, King Matt,” she told the Bachelor, 29, during her entrance. “Queen Victoria is here. I know I’m so confident and so fun, I know I made a good impression, so I just wanna put, like, my best foot forward. … I am the queen of this kingdom.”

“Marylynn, she’s psychologically disturbed, literally, like I’ll sleep on the couch rather than share a room with Marylynn. I don’t even care,” Victoria said about the event coordinator, 28, at the time. “I’m gonna be with Matt and the rest of it is just, like, ridiculous. I literally am a queen and I can’t wait for Matt to send her home so I have my own room as a queen should.”

The show cut a scene that explained the feud further, which Victoria later shared via social media.

It didn’t take long for her to become the first villain of the season. During the Monday, January 11 episode, she went head-to-head with Marylynn.

After the second episode of the season, ABC executive Robert Mills spoke out about the show’s villain.

“I think that the question is … why is she that way?” he said during the Tuesday, January 13, episode of the “Viall Files” podcast. “There’s always a story for how somebody became that way. … I don’t know that you’ll learn more now on The Bachelor, but I’m very curious about it, so maybe it’s something we’ll have Chris [Harrison] ask about or on Paradise. … I don’t think people are just born this way. … She has a way of dealing with women that is interesting.”

The Bachelor airs on ABC Mondays at 8 p.m. ET.