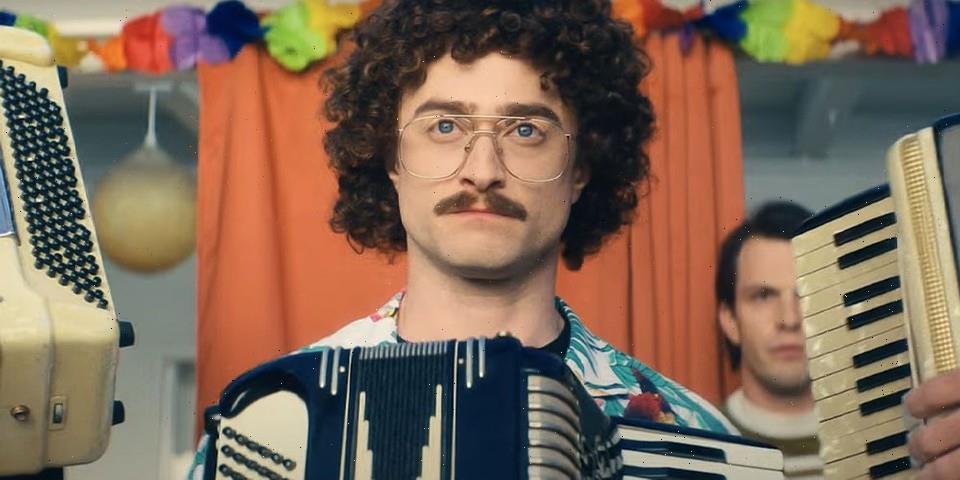 The Roku Channel has released the official trailer for WEIRD: The Al Yankovic Story.

Starring Daniel Radcliffe as the titular artist, the approximately three-minute trailer, which also features the actual Weird Al as a record executive at the very beginning, gives viewers a more in-depth look at the GRAMMY winner’s traditional upbringing and rise to fame as a parody artist, sprinkled with satirical moments that did not take place — including a relationship with Madonna, portrayed by Evan Rachel Wood, that lead Weird Al into a life of drugs and alcohol, despite the fact that he is known to have stayed away from such things:

Daniel Radcliffe is “Weird” Al Yankovic in the unexaggerated true story about the greatest musician of our time. From a conventional upbringing where playing the accordion was a sin, Al rebelled and made his dream of changing the words to world-renowned songs come true. An instant success and sex symbol, Al lives an excessive lifestyle and pursues an infamous romance that nearly destroys him.

The upcoming film is directed by Eric Appel and co-written alongside Weird Al himself. Joining Radcliffe and Wood in the cast are Quinta Brunson as Oprah Winfrey and Rainn Wilson and Weird Al’s manager Dr. Demento.

Elsewhere in entertainment, check out everything coming to Disney+ in September 2022.
Source: Read Full Article