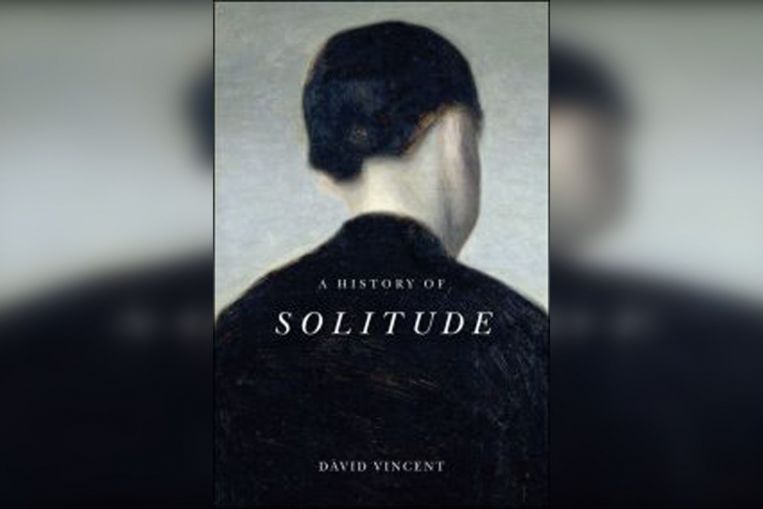 SINGAPORE – “All the lonely people,” sang The Beatles in their 1966 song Eleanor Rigby. “Where do they all come from?”

British historian David Vincent has some ideas. The 71-year-old is an expert on solitude – which suddenly became the subject of the moment earlier this year, as the Covid-19 pandemic forced the world to enter isolation en masse.

It was an unexpected coincidence for his latest book, A History Of Solitude, which was published in the midst of the outbreak – although ironically, there were no bookshops open for him then to reap the sales.

The Open University emeritus professor in history has published other books on literacy, privacy and secrecy. “They have not all received this level of attention,” he observes wryly over a Skype call from his home in Shropshire in England, where he and his wife have been isolating themselves during the pandemic.

He had no idea, when he started writing the book three years ago in a converted pigsty in his garden, that it would become so timely. “I had no conception that solitude would suddenly become so critical an issue.”

What Vincent does in his book is to distinguish between solitude and loneliness, which he defines as “failed solitude”. Solitude can be a pleasurable state, he says, but it turns into loneliness when one can no longer control the circumstances of isolation or draw joy from one’s own company.

While he was writing the book, Britain became the first country in the world to appoint a Minister of Loneliness, Ms Tracey Crouch, in 2018. There was much talk then of the “epidemic of loneliness” sweeping the nation, which a BBC documentary described as “the loneliness capital of Europe”.

“I thought at the time it was a nonsense,” says Vincent, “and I think it even more a nonsense now that we know what a real epidemic looks like. You don’t catch loneliness walking down the street. You can’t be hospitalised with loneliness. It is a misuse of language to describe it as an epidemic.

“But we are very frightened of it in our society and it’s interesting to think through why that should be.”

His book charts the evolution of solitude and loneliness in Western society from the late 18th century to the present day.

“Up to the 18th century, solitude as an experience that was written about was very much an elite concern,” he says. “It was assumed that only educated men could embrace solitude and that the problems around solitude focused on their capacity to withstand its pressures. Although there was a space for solitude, it was a very limited space.”

It was the stirrings of the Romantic movement, led by poets such as William Wordsworth, that led people to ascribe value to solitude as a way to gain a sense of self and discover nature.

John Clare’s 1821 poem Solitude – which he discussed with fellow poet John Keats in an epistolary and socially distant fashion, because Keats was in poor health – contains the line: “Solitude, I’ll walk with thee”, thus defining solitude as a process of movement.

“Casual walking is an underplayed activity that has been a key element of most people’s recreation over the centuries,” says Vincent. Many began to realise this, he notes, during periods like Singapore’s circuit breaker, when going out for a walk was one of the few permitted escapes from being cooped up at home.

His history examines attitudes to solitude over the years, from the invention of hobbies to kill time, to the use of isolation in prisons. One such model was Pentonville Prison, which was opened in London in 1842 and kept inmates isolated from one another.

Such regimes illuminate “the unstoppable human desire for social exchange”, he writes. In 1854, the prison’s list of internal offences was dominated not by the usual assaults or escape attempts, but by inmates trying to make contact with one another: 95 were punished for “talking in exercise, and in corridors”, 73 for “talking, whistling, shouting and other misconduct in school” and so on.

He observes that in society, access to solitude depends on class and circumstance. In the book, he cites a case study from social reformer Margery Spring Rice, in which a single mother was driven to a complete breakdown by the toil of raising five children alone.

“In these circumstances, it was the fleeting moments of personal leisure that had the greatest impact on physical or mental survival,” he writes. “Loneliness turned into solitude when the woman was able to take pleasure from her own company.”

He observes that today, the advent of technology in the form of the smartphone has created a curious paradox: It is a device that allows one to abstract oneself from a crowded world at will, yet threatens the very concept of solitude because of its perpetual connectivity and privacy concerns.

“To be truly alone will become increasingly difficult,” he says. “At least now, if you want to be really alone, you can go out for a walk and leave your phone behind. You can still do that. Then nobody knows where you are.”

Vincent, who has three children and four grandchildren with a fifth on the way, has spent his time in lockdown continuing to research solitude. In fact, he is gathering material for a new book about isolation in the time of coronavirus. “I hope to write the history of this period once it is over,” he says.

This article contains affiliate links. If you buy through these links, we may earn a small commission.

Read the latest on the Covid-19 situation in Singapore and beyond on our dedicated site here.

Get The Straits Times app and receive breaking news alerts and more. Download from the Apple App Store or Google Play Store now.