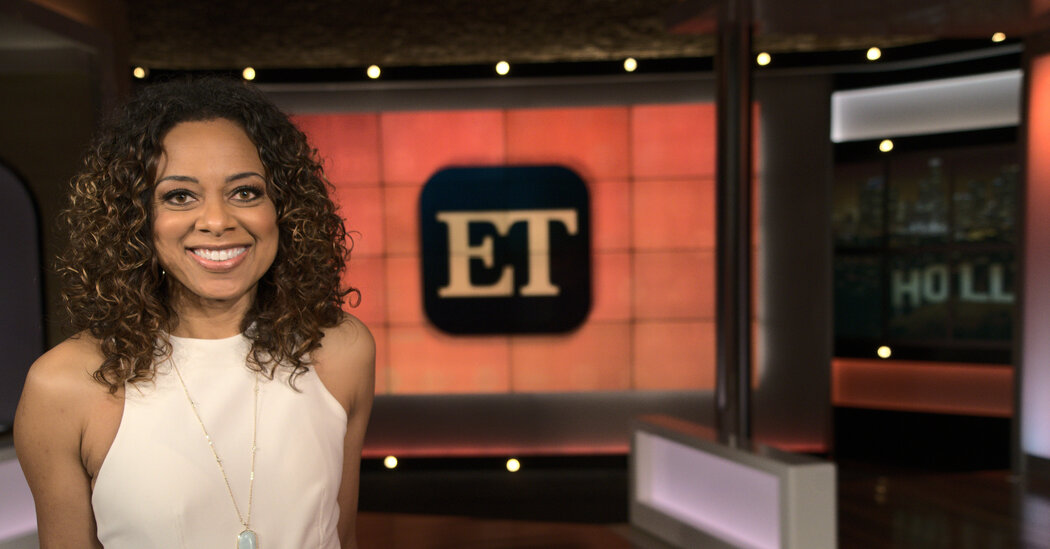 When the broadcast journalist Nischelle Turner was growing up on a farm in Columbia, Mo., the first Black female face she recalls seeing on television was a then-University of Missouri-Columbia student, April Eaton, on the local NBC affiliate.

“I was floored,” she said in an interview on Wednesday. “I didn’t know someone who looked like me could do this.”

Now, Turner will become the first woman of color to host the nightly broadcast of “Entertainment Tonight” in the show’s 40-year history, CBS announced Thursday. She joins the host Kevin Frazier, who is also Black, starting Thursday night. Turner’s promotion marks the first time the show has been anchored entirely by people of color.

“She is warm, thoughtful, and full of energy,” said Erin Johnson, an executive producer of the long-running entertainment and celebrity news show, in a statement. “Celebrities respect her skills as a seasoned journalist, and our audience has taken notice of her fun chemistry with Kevin.”

Turner was shooting another CBS show last month in Philadelphia, the upcoming reality series “Secret Celebrity Renovation,” when she got the call telling her that she was being promoted from her gig as a correspondent and weekend co-host of “Entertainment Tonight.”

“I just started crying on the street when I got the news,” she said. “People were probably like, ‘What’s wrong with her?’ But I was so happy.”

Since 2014, Turner, 46, has worked as a weekend anchor, correspondent and substitute weekday anchor for “Entertainment Tonight,” winning four Daytime Emmy Awards while reporting from London, Tokyo, Berlin and New Zealand. She is also a longtime contributor to CNN and frequently appears in entertainment segments on “CNN Newsroom,” “New Day” and “CNN Tonight.”

She didn’t set out to be an entertainment journalist, though. She grew up loving baseball, and her favorite player was José Oquendo, a so-called five-tool player for the St. Louis Cardinals who could hit, slug, run, field and throw — he literally played every on-field position.

“He could do anything,” she said. “And that’s what I tried to pattern my career after.”

After graduating from the University of Missouri with a bachelor’s degree in journalism and broadcast news in 1998, she began her career at WEHT, the ABC affiliate in Evansville, Ind., as a reporter and fill-in anchor. From the beginning, she said, her goal was to connect with viewers.

“That’s what I always pride myself on,” she said. “Being very personal and connecting one on one with people. I want them to feel like, ‘She’s my neighbor,’ or ‘She’s my best friend.’”

In 2007, she joined “Fox NFL Sunday” as a sideline reporter. She also covered baseball and basketball for Fox — and began to see more faces that looked like hers.

“You look at local news stations now and see all races and ages,” she said. “It’s a slow burn, but I really do see things changing.”

In addition to her new role on “Entertainment Tonight,” which is based in Los Angeles, she is gearing up to host “Secret Celebrity Renovation” this summer. On that show, celebrities from the entertainment, music and sports worlds surprise a person who has helped guide them to success with a home renovation.

But whether she is on a reality series or a TV news program, she hopes to set an example.

“It’s so special to be a trailblazer in this arena,” she said. “I hope young girls see me and think they can do this, too.”