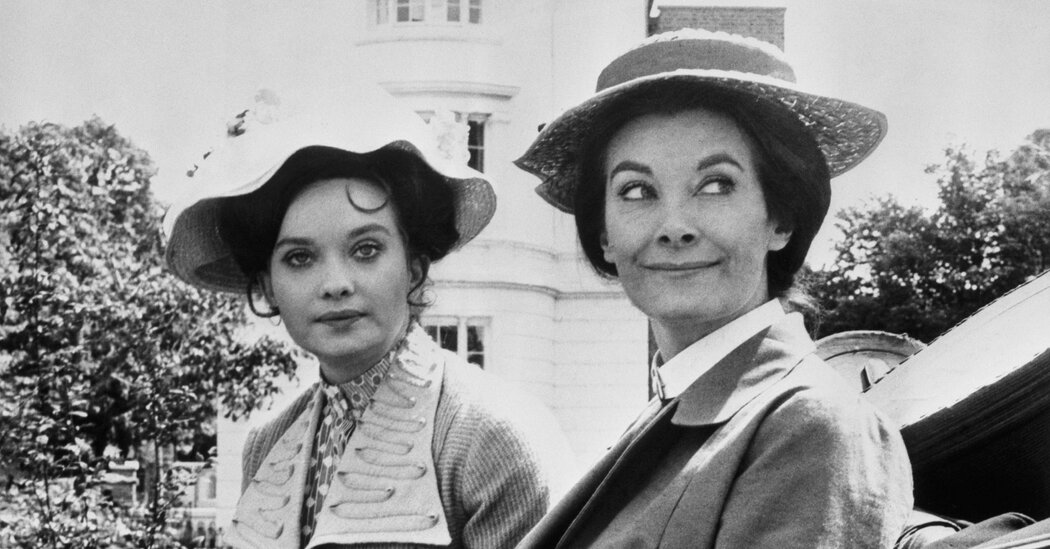 Nicola Pagett, the actress who played the rebellious and thoroughly spoiled Elizabeth Bellamy on the beloved British television series “Upstairs, Downstairs” and the title role in an acclaimed BBC version of “Anna Karenina,” died on March 3 at a hospice center in suburban London. She was 75.

The cause was a brain tumor, her daughter, Eve Swannell, said.

Ms. Pagett was 26 when she was cast in the original “Upstairs, Downstairs” (1971-76), the prestigious, multi-award-winning British drama set in a spacious Belgravia townhouse during the first three decades of the 20th century. The Bellamys, Richard and Lady Marjorie, live there with their two grown children and about a half dozen servants, as the world of London aristocracy changes around them.

In the first season, Elizabeth comes home from school in Germany, a changed girl-woman of 17. She reads Goethe, talks politics incessantly, refuses an arranged marriage with a rich Scotsman, walks out on her debutante ball, rejects her parents’ conservatism and entertains ill-mannered socialist poets in the morning room.

Then she marries a charming poet (played by Ian Ogilvy) who shares her progressive social attitudes but not her physical desires. In Season 2, inconveniently pregnant by his publisher (from an assignation the husband had arranged), she goes home to her parents. She gives birth to a daughter, goes to jail with fellow suffragists, has an affair with an Armenian financier and tries running a hat shop before sailing away to New York, leaving others in the household to deal with England’s experience of World War I, the Spanish flu and the stock market crash.

“Nothing more could have happened to me anyway,” she told The Washington Post years later about her decision to leave the show. “I could see the writers saying, ‘What the hell do we do with her now?’” 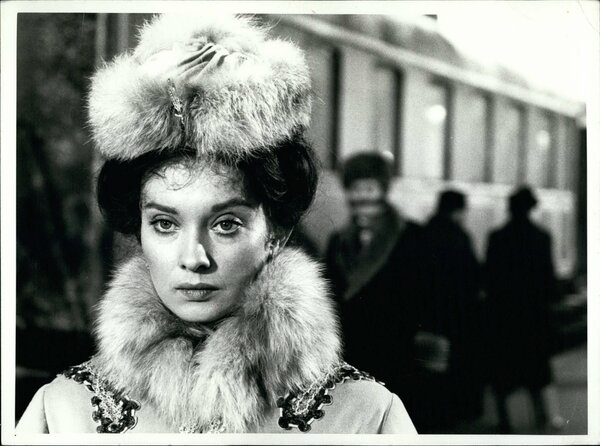 And she had a thriving London theater career for decades. She toured with “The Contessa” (1965), starring Vivien Leigh. She appeared with Alec Guinness in “A Voyage Round My Father” (1971). In 1974, she tackled the work of three great playwrights (Shakespeare, Chekhov and Ibsen) at once during a special Greenwich Theater season. She was Ophelia in “Hamlet,” Masha in “The Seagull” and Regina in “Ghosts.”

A favorite of the playwright Harold Pinter, she played Helen when he directed Jean Giraudoux’s “The Trojan War Will Not Take Place” (1983). In a 1985 revival of Pinter’s “Old Times,” she was the center of an emotional triangle in which her husband and her long-ago roommate compete to prove their love. She was part of the original London cast of his “Party Time” (1991), about a cocktail-hour gathering of fashionable narcissists, chatting about island vacations and past love affairs while a violent conflict rages outside.

In 1995, while playing a psychiatrist’s purposeful wife in Joe Orton’s black comedy “What the Butler Saw,” she had a breakdown. Doctors said she had manic depression, more often referred to now as bipolar disorder.

During this period, Ms. Pagett wrote love letters to Alastair Campbell, the press secretary of Prime Minister Tony Blair, with whom she had become obsessed after watching him on television. With the help of the drug lithium and more than one stay in a psychiatric hospital, she largely recovered, but she soon retired from acting.

She had gone “completely noisettes,” she wrote in “Diamonds Behind My Eyes” (1997), a memoir about her psychiatric crisis, but asked not to be described as mentally ill. “It gets right up my nose.”

Nicola Mary Paget Scott was born on June 15, 1945, in Cairo, to British parents who had met in Egypt. Harold Scott was a Shell Oil executive, and Barbara (Black) Scott was stationed there with the Women’s Royal Naval Service.

Nicola spent her childhood abroad. When she was 8 or so, she played Snow White at her convent school in Yokohama, Japan, and decided to make acting her career.

At 17, she entered the Royal Academy of Dramatic Art for a two-year program, then appeared in repertory productions and changed her name (including adding a “T” to Paget). She made her London stage debut in “The Boston Summer” in 1968.

By then Ms. Pagett had already begun her screen career, mostly by making guest appearances on British television series. In the film “Anne of the Thousand Days” (1969), she was Princess Mary, the teenage daughter of Catherine of Aragon and Henry VIII. In “There’s a Girl in My Soup” (1970), she was a radiant young bride ravished by a lecherous TV host (Peter Sellers) during her wedding reception.

She later appeared in “Frankenstein: The True Story” (1973), a television movie whose co-writer was Christopher Isherwood. She played a socialite in “Scoop” (1987), based on Evelyn Waugh’s novel; a mother-of-the-bride who fancies the father-of-the-groom in the series “A Bit of a Do” (1989); and a second-rate Liverpool stage actress in the film “An Awfully Big Adventure” (1989).

Her final screen role was in “Up Rising” (2000), a mini-series about a retired couple in a village of oddballs.

Ms. Pagett married the actor turned writer Graham Swannell in 1975. He was the co-author of her memoir, but they divorced after its publication.

In addition to her daughter, a film and television production manager, Ms. Pagett is survived by a sister, Angela.

Like many actors, Ms. Pagett preferred theater to film, especially after the movie “Oliver’s Story” (1978), the largely forgotten “Love Story” sequel, in which she played Ryan O’Neal’s shy furniture-designer blind date. Many of her scenes were cut.

Yes, a live theater audience’s immediate reaction was great. But also, as The Telegraph quoted her as saying: “Onstage for two hours, I’m my own mistress. I can’t be cut or stopped or changed — or lost.”

Besides, Ms. Pagett had learned what really mattered. As she told The Independent in 1992, her original ambition was “to open in the West End and have men with cloaks take me out to dinner.” But she soon discovered a bigger thrill.

“I like looking into the eyes of someone whose work I respect,” she said, “and seeing them look back as if to say, ‘I think you can do it, too.’”