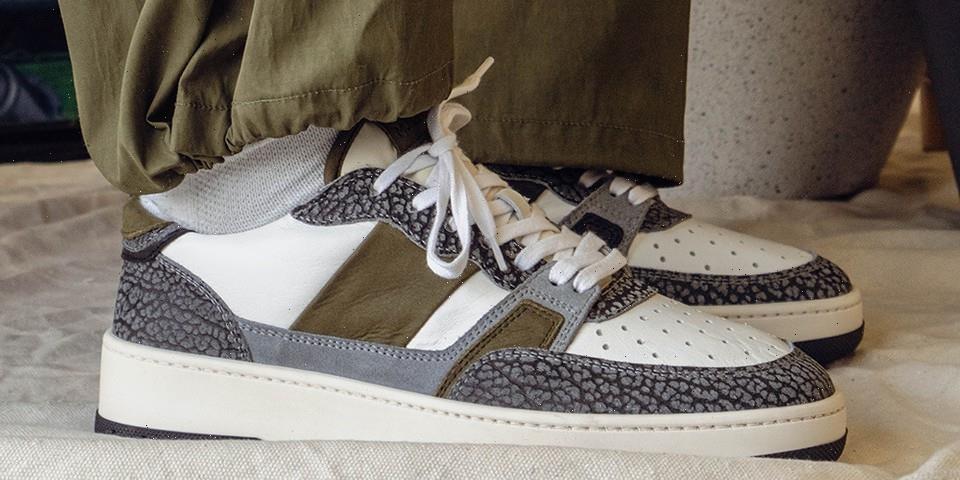 Nick Sisombath‘s emerging sneaker brand Collegium has come a long way since it first appeared on Hypebeast’s radar in 2021, since dropping everything from loafers to clothing and appearing on both DRIVERS and Sole Mates. Now, Collegium has announced it will be coming to New York City for the first time, hosting a two-day pop-up experience that coincides with the release of its latest sneaker.

Taking the familiar Pillar silhouette, Collegium welcomes a new iteration: the Pillar Alpha, colloquially called the “Cracked Pillars Pt.II.” It earns its name from its colorway and aesthetic, ushering in a mixture of white, olive, and gray tones that sees the latter hue get the cracked treatment, a nod to both its Devastator Low and the Air Jordan 3 “Elephant.”

Here, the finest Italian leather and nubuck combine on a low-top silhouette with basketball in its foundations, sporting a perforated toe box, a trio of panels layered on top of one another across the vamp and mid-section, and the aforementioned cracked print decking the toe, vamp, eyestay placket and heel.

Per Collegium’s philosophy and love for sneakers, even the finest of details have been well looked after. Italian rubber outsoles, removable PU insoles, and three sets of premium cotton laces all feature in and around the shoe itself. As for the pop-up, the first 150 people to attend will get a free pack of shirts and socks, while the first 75 will be gifted a pair of shoes made in collaboration with Discord.

Speaking on the pop-up, Sisombath said:

“The shop will have exclusive merchandise, a small exhibit breaking down the exclusive merchandise, giveaways, drinks, and fun! One super crazy fun fact is that, for me, I always said if I do something in NYC I want to be in the same area as the greats like KITH, Bape, Supreme, ALD, and the rest of the designer couture world. We’re going to do our first solo pop-up right in the middle of it all.”

Collegium’s NYC pop-up will run from October 8 to October 9 and is open from 10 a.m. to 5 p.m. EST. As for the shoes, you’ll only be able to grab them in the Big Apple.

In other news, adidas has placed its YEEZY partnership “under review.”