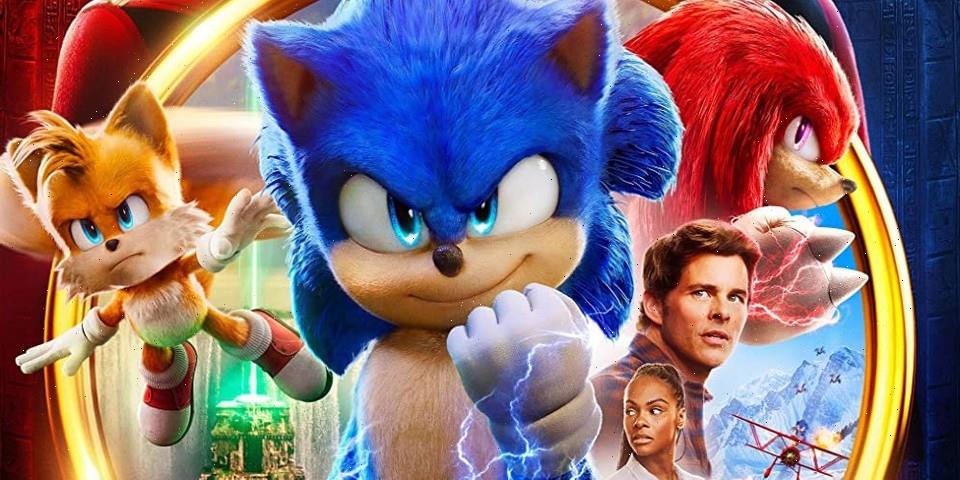 As Sonic the Hedgehog 2 zips through to theaters next month, the live-action film continues to drop hints at what fans can expect leading up to the release.

By now, fans know that the titular Sonic character will be taking on Knuckles the Echidna as one of the film’s antagonists. Knuckles is expected to devise a master plan alongside Dr. Robotnik. In the most recent trailers and teasers, fans have been introduced to the cast and have seen glimpses of how the cast reacts to the arrival of different characters. The new teaser clip posted by Adam Pally, who plays Wade Whipple in the new live-action film, can be seen discussing the echidna with Sonic and Tails. His character reveals that he also grew up with a pal named Knuckles.

The clip was also shared by Sonic actor Ben Schwartz, teasing audiences are in for a treat with Pally on screen. The Knuckles character was first introduced in the 1994 video game Sonic the Hedgehog 3. In the game, Knuckles initially aligns himself with Dr. Robotnik but later realizes that he is on the wrong side, finding his way back to Sonic to defeat the villain.

Sonic the Hedgehog 2 debuts in theaters on April 8.

Elsewhere in Sonic the Hedgehog 2, Kid Cudi has dropped a new video for his new track “Stars in the Sky.”
Source: Read Full Article