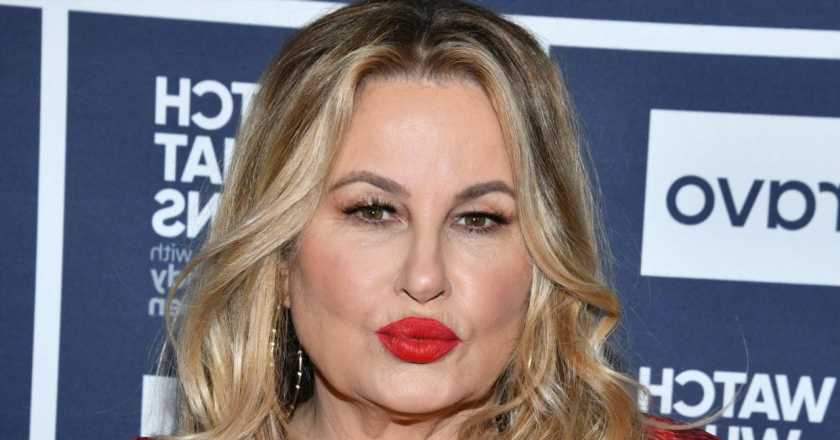 It’s nearly Christmas movie season, and Netflix knows exactly what we want: a camp festive rom-com starring none other than Jennifer Coolidge. Here’s everything you need to know about Single All The Way.

When it comes to beloved Christmas films, there are two types. The first is a warm, nostalgia-tinged story of love and family conquering at Christmas. Think classics like It’s A Wonderful Life or Miracle On 34th Street.

The second is something a bit more riotous that dials up the feel-good factor and plays on every Christmassy cliché we know and love.

Netflix’s newest original Christmas movie Single All The Way falls – as you may be able to guess from the title – very firmly into the latter category.

Holiday hijinks, a classic will-they-won’t-they set to the backdrop of an eccentric family home in a small town, Single All The Way has everything we want and more to cosy up to this festive season. The more? Jennifer Coolidge returns to her comedy best as the favourite drunk auntie at the Christmas table.

Here’s everything you need to know about Single All The Way, the only film that matters this Christmas.

What is the plot of Single All The Way?

Directed by Michael Mayer, Single All the Way follows Peter (played by Ugly Betty’s Michael Urie), a Los Angeles man who is about to head home for the holidays. “Every year I’m the problem to solve,” Peter explains in the trailer. “I’m always single.”

In an effort to dispel his family’s concerns over his perpetually single status, Peter convinces his friend Nick (Philemon Chambers) to join him for the trip and pose as his boyfriend.

As they return to Peter’s festively lit small hometown (you know how these things go) they find themselves thrown closer together by a series of mishaps, from not enough beds and pushy family members.

In true romantic comedy fashion, however, their yuletide plan to fake their relationship goes awry when his mother (Kathy Najimy) sets him up on a date with her fitness trainer, James (Luke Macfarlane).

However, the real star of the trailer is Peter’s Aunt Sandy, played with deadpan perfection by Jennifer Coolidge.

Watch the trailer in full here:

What are people saying about Single All The Way?

Look, we’re not claiming that this film is going to be nominated for any Oscars. But Single All The Way knows exactly what it is – and it does it exceedingly well. It’s fun, festive and a little bit cheesy. But it’s also sweet and self-aware, playing on the icon status of Coolidge in the trailer when her character declares: “The gays just know how to do stuff. And for some reason they’re always obsessed with me.”

And judging by the comments on the trailer, fans know what they’re getting themselves in for.

“Christmas movies are so cheesy and that’s exactly why I love them, “ wrote one viewer.

“Two of my favorite tropes: pretend relationship + home for the holidays. Also, the iconic Jennifer Coolidge,” added another.

“Can’t wait for this! Doesn’t seem like it’s trying too hard and I love the cast,” read a further comment.

Stressing the importance of light relief, a fourth viewer wrote: “The gays deserve light-hearted movies too. I’m TIRED of all the sad endings.”

In a press release, screenwriter and executive producer Chad Hodge said Single All the Way represented “all the things I personally wanted to see in a holiday rom-com,” right down to its starry casting.

“The list ran the gamut, from honestly portraying the uniqueness of gay friendships and relationships, to the often hilarious dynamics of our families, to Jennifer Coolidge,” he explained. “I’m so grateful to Netflix for embracing all of it.”

When will Single All The Way be available to watch?

The film will arrive on Netflix on 2 December, meaning you have plenty of time to settle down with it in the run up to Christmas.