The museum has a new logo and mantra as its director, Kaywin Feldman, moves to diversify the collection and the staff. 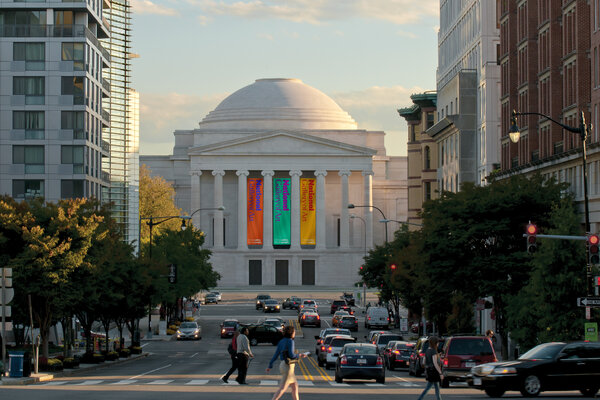 When the doors reopen at the National Gallery of Art on Friday, visitors may be surprised by new changes to this Washington museum’s look. Some 20 clashing typefaces and confusing signage have been gradually disappearing from the building, replaced by a new logo visible inside and out, and a new mantra — “Of the nation and for all the people”— that will appear on its website and be shared with staff. The museum says this vision statement, developed through meetings with employees, symbolizes a renewed commitment to diversity, inclusion and excellence.

“I was hired with a clear mandate from the board to put the national back in the National Gallery of Art,” Kaywin Feldman, who became the museum’s first female director in 2018, said in a recent Zoom interview.

The branding campaign, which the museum said would cost around $820,000, is the National Gallery’s first attempt in the more than 80 years since its founding to establish a public identity. The plan also indicates how Feldman intends to shape the institution two years into her tenure — a period that has included pandemic closures, calls for an investigation into allegations of sexual and racial harassment, and a controversial decision to postpone an exhibition of Philip Guston’s paintings.

Visual changes created by the design firm Pentagram include a new typeface by Frere-Jones emphasizing the word “National” in boldface. (It reflects the font used for donor names carved into the institution’s marble walls.) AEA Consulting, which advises museums on strategic planning, also helped gather input from museum staff during more than 100 meetings to create explicitly stated goals.

“The National Gallery is seeking to boldly come into the 21st century,” Darren Walker, a museum trustee who also leads the Ford Foundation, said in a telephone interview. He added, “Diversifying the collection is among the trustees’ top priorities.”

Although the National Gallery was established as the American public’s art collection, its holdings do not represent the country’s current demographics. Statistics provided this week by the museum show that the collection is nearly 92 percent male and 97 percent white (for works where the artist is known). As part of a new commitment to diversify the collection, in December the museum acquired paintings, quilts and sculptures by more than 20 African-American artists, many of them self-taught. Recently, it added a textile by Christopher Myers that memorialized Black victims of police violence.

In the interview, Feldman addressed how the National Gallery has navigated through the Black Lives Matter movement and the uncertainties of Covid-19, describing the museum’s reopening as “a moment of rebirth.” Here are edited excerpts from the conversation. 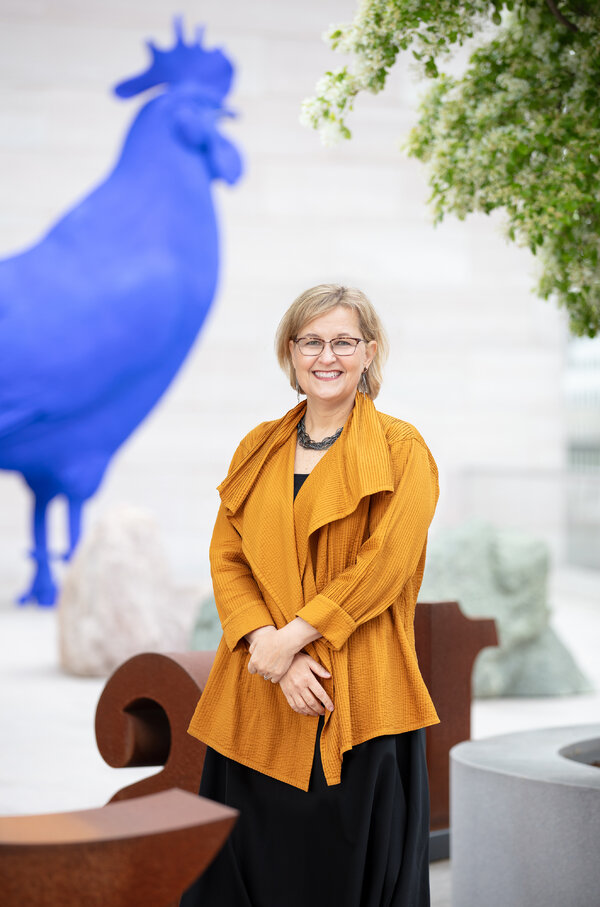 Reimagining the National Gallery’s identity is the first major project of your tenure. What do you hope this project conveys about the museum’s future?

Our new vision statement, “Of the nation and for all the people,” is rooted in the National Gallery’s history. When we were founded, Andrew Mellon made a gift to the United States and was very clear that he didn’t want the building or museum named after him. He wanted it to be of the nation and for the people. Those words help set our future path, determining our values going forward, because we still have a lot of work to do catching up with the rest of the country and what the nation really looks like.

What is the museum doing to make the collection better reflect the American population?

Our core collection does mirror the demographics of America when we were founded in 1941, when the country was almost 90 percent white. But we have our work cut out for us to expand representation. At my first board meeting, I told the trustees that it’s not feasible or thoughtful to only collect Euro-American artists when it comes to contemporary art, for example, because today’s artists are so global — artists live, work, and have studios in different countries and often different from the place in which they were born. But at the same time, at this point in our history, it doesn’t make sense to go backwards and become an encyclopedic museum.

You have spoken about the need to listen to staff members of color. How are you committing to diversity within the museum’s programming and leadership?

I inherited a leadership team that was 100 percent white, and now it’s 57 percent people of color. We have just hired E. Carmen Ramos [from the Smithsonian’s American Art Museum] to be our chief curator and conservation officer. She is the first woman and first person of color to hold that position. We hired our first curator of African-American and Afro-Diasporic art. [Eric L. Motley, who is Black, also joined in March as deputy director of the National Gallery; he had served as a special assistant to George W. Bush.]

We have added seven exhibition projects and installations to the schedule representing women and people of color, including an exhibition in fall 2022 of Native American contemporary art curated by Jaune Quick-to-See Smith, who will be the first artist to curate a show for the National Gallery.

Last year, several current and former employees wrote a public letter alleging sexual and racial harassment. Can you explain how the museum has addressed those concerns?

We have hired a chief diversity, inclusion, and belonging officer, Mikka Gee Conway. She is putting in place a series of programs including training. And during the Derek Chauvin trial, we brought in a counselor and hosted some voluntary listening and healing sessions for staff.

During the pandemic, there has been a loosening of rules prohibiting institutions from selling artworks from their collections, allowing them to use proceeds to cover operational costs. You described deaccessioning at a conference as “the wrong answer to the wrong question.” What issue did you want to address?

Museums are undercapitalized. Most of the 20th century was about growth, but our funding models and endowments never kept pace. I have experienced the strain during times of crisis. I was director of the Memphis Brooks Museum of Art during the financial crash of 2000. If you could have told our board we could sell art, they would have done it in a heartbeat. But because I could say we have professional ethics to follow, we ended that conversation. As a policy, the National Gallery does not deaccession.

The National Gallery has been closed longer than most major museums in the country. As you reopen its doors to the public, what are you most looking forward to presenting?

We have been thinking about the murder of George Floyd and how we represent African- Americans. The Shaw 54th Regiment Memorial [by Augustus Saint-Gaudens] inside the museum does not traditionally list all the names of men in the African-American military unit during the Civil War (although we do list it on our website). We are going to include their names in the gallery. We are also looking forward to presenting acquisitions from Souls Grown Deep in summer 2022.

During the pandemic we managed to conclude the capital campaign we started five years ago. The Mellon Foundation challenged us to raise $45 million and they would give us $30 million for the endowment. We raised just shy of $50 million, That’s going to be $80 million to help us improve our digital offerings and support the Center for Advanced Study in the Visual Arts.

To reopen — and this time I’m assuming for good — is really a moment of feeling like the phoenix rising.