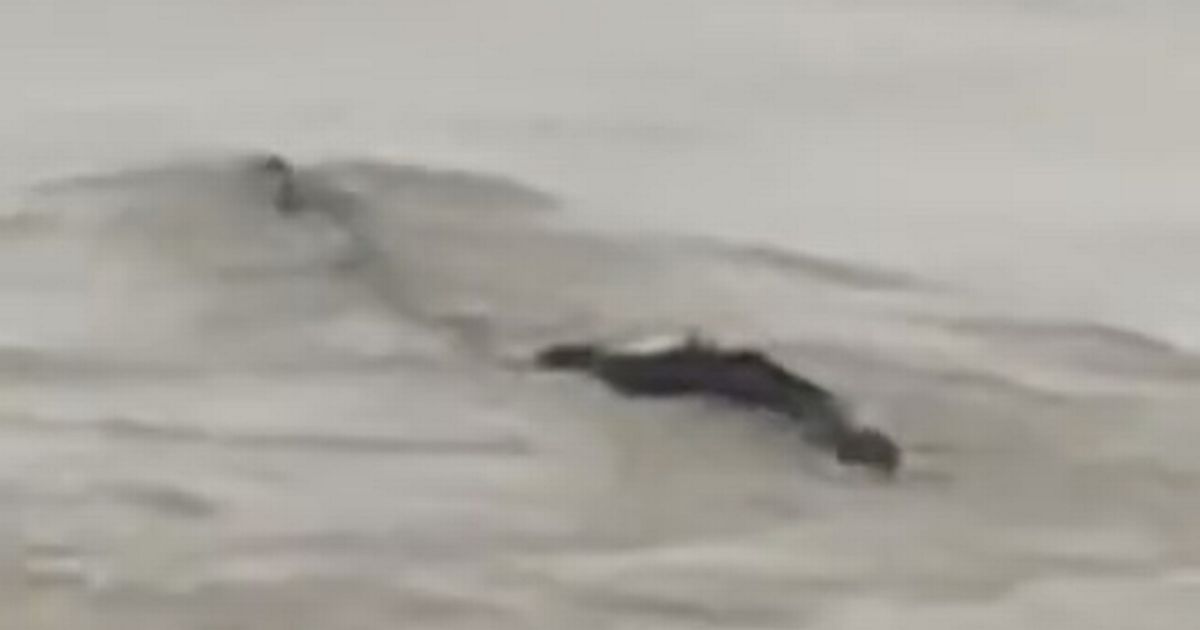 Eerie footage emerged of a 'water monster' swimming past a huge hydroelectric dam.

Residents near the huge Three Gorges Dam in east China were left baffled when they saw the black object slithering through the water surface.

They said the suspected monster is about 20 metre (60 feet) long and 'moves like a snake' just feet away from the river banks.

Others said the saw the same creature near the Yangtze River in Yichang in central China's Hubei province on Sunday.

Professor Wang Chunfang, from Huazhong Agricultural University, told Pear Video that it could be a water snake.

She said: "It's definitely not a water monster. Could be some marine animals that have been living under the water for years.

"I can't tell what it is exactly as only a little of it surfaced. But it moves like a snake.

"It should be some sort of reptile – and more likely to be a water snake."