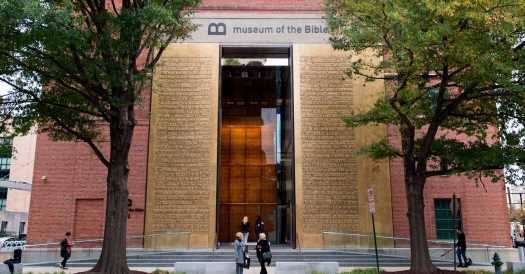 The Museum of the Bible in Washington, which has been bedeviled since its inception in 2017 by claims that it acquired thousands of biblical artifacts on the black market, has quietly repatriated 5,000 manuscripts and bits of papyrus to Egypt, which has long asserted the items were ferreted from the country in 2011 amid the upheavals of the Arab Spring.

Steve Green, chairman of the Bible Museum and a co-founder of the multibillion-dollar Hobby Lobby chain, had hinted at the return in March when he said that “several thousand items that likely originated from Iraq and Egypt, but for which there was insufficient reliable provenance information, would be returned to their countries of origin.”

The return is one of several instances in which the museum, under legal pressure, has been forced to repatriate antiquities lacking proper paperwork. Some 450 cuneiform tablets and 3,000 ancient seals known as bullae were sent back to Iraq in 2017, and Hobby Lobby paid a $3 million fine.

In 2018, the museum announced that experts had concludes that five of 16 fragments said to have been part of the Dead Sea Scrolls were forgeries and removed them from display. It also returned an item know as the “Gilgamesh Dream Tablet,” containing part of the Epic of Gilgamesh. It was found in Iraq in 1853 and Hobby Lobby bought it at auction 2014 for $1.6 million.

The museum, a 430,000-square-foot structure located three blocks from the U.S. Capitol, says its mission is to keep the Bible relevant to the modern age. Its collection of bibles dating to the 10th century has been applauded by scholars.

“We first offered to return these items in March 2018, and are pleased that now they are in the care of their rightful owners, the Egyptian government,” said Jeffrey Kloha, the museum’s chief curator.