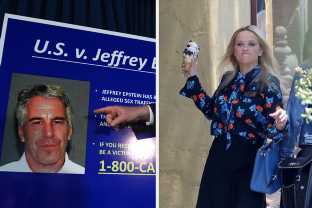 Jeffrey Epstein was charged with sex trafficking underage girls, including at least one 14-year-old

The New York billionaire financier, whose friends include Donald Trump, Bill Clinton, and Prince Andrew, has been accused of running a sex trafficking operation and allegedly abusing dozens of underage girls. Prosecutors said some of the girls were as young as 14.

Epstein was arrested after authorities raided his Manhattan home to find “a vast trove of lewd photographs” of nude and partially nude young women — some of whom appeared to be underage girls, according to court documents.

Prosecutors said Epstein kept an “ever-expanding web of new victims” by paying some of his victims to recruit others. While the exact number of victims is unclear, the FBI said there were “dozens in New York and dozens in Florida.”

Epstein’s bail hearing is scheduled for July 15. Prosecutors will argue that he is an extreme flight risk due to his connections, and should not be granted bail.

Larger context: Epstein faced similar charges in Florida more than a decade ago but barely faced any jail time, because of a widely criticized plea deal in 2008 that federal prosecutors — led at the time by Trump’s current Secretary of Labor Alexander Acosta — offered him.

An investigation by the Miami Herald identified more than 60 of Epstein’s victims.

To quickly catch you up: The US Supreme Court said the government could not add the citizenship question to the 2020 census based on the current evidence, and found the administration’s reason for adding it “contrived.” Shortly after, Commerce Secretary Wilbur Ross said the administration will drop the question.

The next day, the Department of Justice announced it’s still looking to find ways of adding the question. In a highly unusual move, the DOJ said lawyers from the Federal Programs Branch — which handles lawsuits against government agencies — will step aside, and attorneys from the Consumer Protection Branch are coming in.

Zoe Tillman explains why there’s confusion over this move.

I’ve been looking forward to sharing this you — BuzzFeed News just launched a brand new daily show called BTW, airing every day at 3 PM ET on Snapchat. BTW quickly fills you in on the stories, quizzes and WTF moments blowing up the internet. Spend a few minutes of your afternoon with us, and let me know what you think!

Democrats in Congress say voters won’t stop asking them about impeachment. More and more Democrats are calling for an impeachment inquiry in large part because they say their constituents want them to. Meanwhile, the party’s campaign arm has repeatedly argued that voters don’t care about impeaching Trump.

The UK’s Ministry of Justice is using debt collection agencies to chase legal aid payments and people say they feel threatened. In some cases, they are demanding payments for instances where legal aid lawyers hadn’t even been to court yet.

Michelle Carter, who encouraged her boyfriend to kill himself, wants the Supreme Court to review her case. Carter’s lawyers said her manslaughter conviction for urging Conrad Roy through text messages to kill himself violates her First Amendment right to free speech.

A woman said she was briefly removed from a flight because her romper was deemed inappropriate. Tisha Rowe, a family medicine physician based in Texas, was flying from Kingston, Jamaica, to Miami when she said a flight attendant told her she could not board the plane as her romper was too revealing. She was provided a blanket and said she walked to her seat feeling “humiliated.”

As the US Women’s National Team (USWNT) won the Women’s World Cup in France, the team’s star forward and America’s lesbian sweetheart Megan Rapinoe declared that “You can’t win a championship without gays on your team … that’s science right there.”

Shannon Keating wrote an excellent opinion piece on the complications of national pride, starting with the queerness of the US women’s national soccer team, “which has only grown more visible — so visible, in fact, that it’s pretty much impossible for even the densest of straight people to ignore.”

It may be hard to feel proud of the United States’ recent human rights record — Keating notes that “there are men, women, and children detained in cages and subjected to horrifying treatment at the border. That doesn’t make me proud; it makes me sick.”

However, for Keating, there’s pride to be found in watching the USWNT use its platform to advocate for LGBTQ rights, equal pay and racial justice.

A highly anticipated scene was cut from the HBO hit series, and fans are mad.

Last year, when stills from filming were released, it included one magical shot of Witherspoon’s character about to throw an ice cream cone at Streep’s character.

After the episode aired, it looked like while the scene was not completely cut, the fans were deprived of the ice cream throwing. And let me tell you: the people demand it. 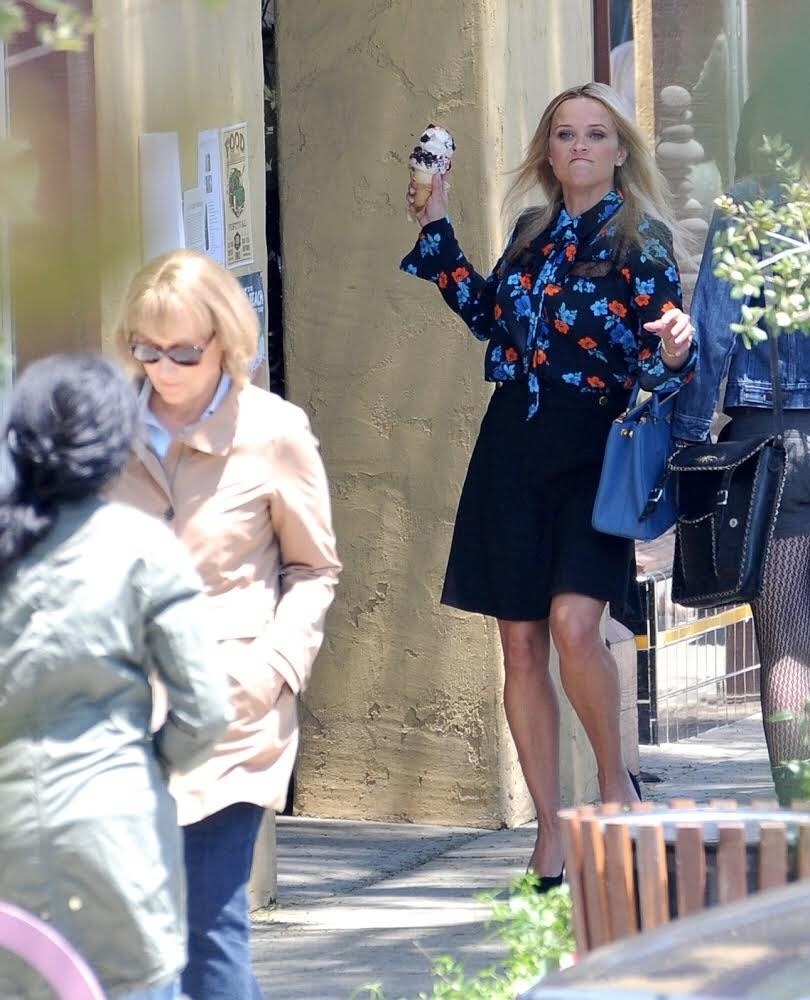