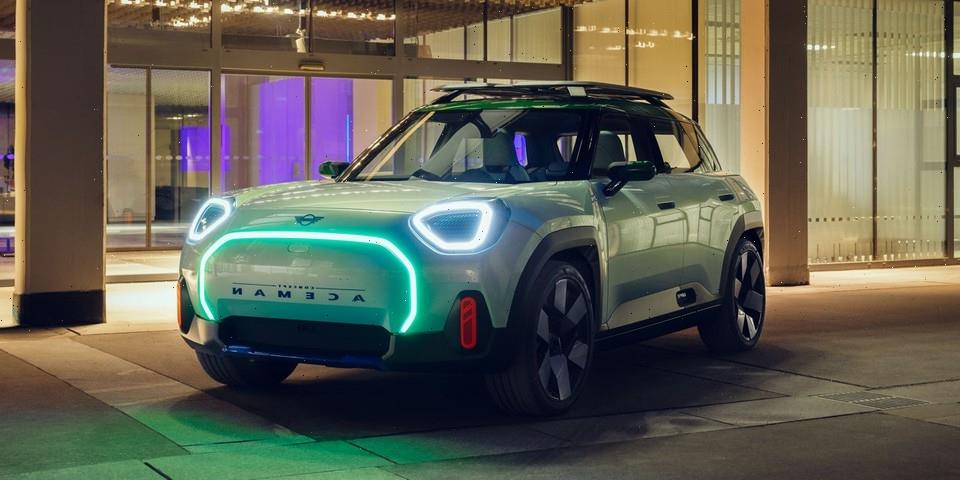 As the world slowly moves towards an all-electric way of driving, MINI wants another piece of the action — after promising that all of its cars will be fully-electric by 2030 — by previewing a new concept vehicle for its premium small car segment.

Entitled the MINI Concept Aceman, the fully-electric car is chrome and leather-free and features a brand-new design that looks to integrate the most futuristic elements of automotive into the casual family car. The British brand has premiered a new interior space experience with this model, too. Its interior surfaces are crafted from knitted textiles along with premium color contrasts that sit comfortably next to the OLED display as the central interface.

The three-door car has been reinterpreted from the original MINI design that hit the roads 60 years ago with the brand’s nostalgic MINI Cooper characteristics now having a modernized edge. For example, the radiator grille at the center of the car is surrounded by clear surfaces, in comparison to previous models that feature a hexagonal outline. The new design also features an illuminated surround with LED contouring in green, providing a spaceship-like appearance that has both daytime and nighttime settings.

Nodding toward the older MINI Cooper’s bonnet, the wheel arches of the Concept Aceman feature smooth-looking modeled surfaces that add a new lease of life to the revitalized design. Precision edges are used to strike a balance between rough and gentle along with A-pillars that create a tapered effect between the front and wheel arches.

You can have a closer look at the MINI Concept Aceman above and it will be making its first public appearance at Gamescom 2022 in Cologne from August 24-28 2022.

In other automotive news, Porsche has teased its 2023 911 GT3 RS ahead of its reveal on August 17.
Source: Read Full Article