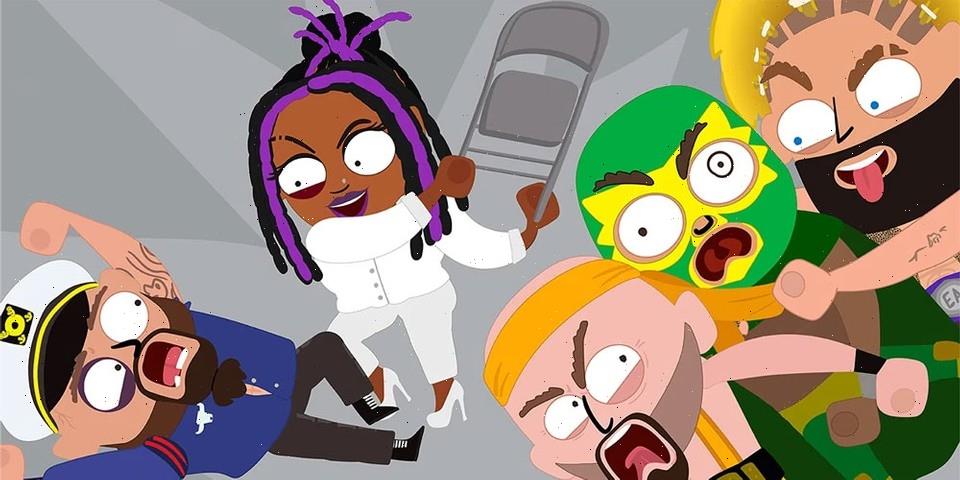 In her latest project, actress Mila Kunis has joined the NFT community launching a Solana-based animated series that allows fans to shape the storyline and character development over time.

In partnership with Kunis’ production studio Sixth Wall and Web3 animation studio Toonstar, the animated web series titled The Gimmicks, follows the plot of a few washed-up professional wrestlers who are trying to regain the spotlight in the ring. Toonstar CEO John Attanasio described the series as, “South Park meets WWE, but interactive and greasier.”

The Gimmicks features pro wrestlers Luke “Doc” Gallows and Karl “Machine Gun” Anderson alongside FKA Enzo Amore and Rocky Romero as the voice actors. The series is inspired by Stoner Cats, an Ethereum-based animated series that launched in July. Kunis was also involved with Stoner Cats, where she was a voice actor alongside her husband Ashton Kutcher and Jane Fonda. Kunis describes The Gimmicks stating that it “allows us to experiment with what it looks like to create in and around a community, taking the tech seriously but keeping the content fun.”

As a joint project, Toonstar and Sixth Wall will launch 10,000 Solana NFTs (each depicting a unique character) to build the community around the series. Free public minting will take place on March 18. NFT holders will be able to vote on the storylines for the next segment, similar to a “choose your adventure” inspired design. NFT holders will also have a platform to interact with the community. All interactions will be recorded on the blockchain where the top contributors will be highlighted on a leaderboard..