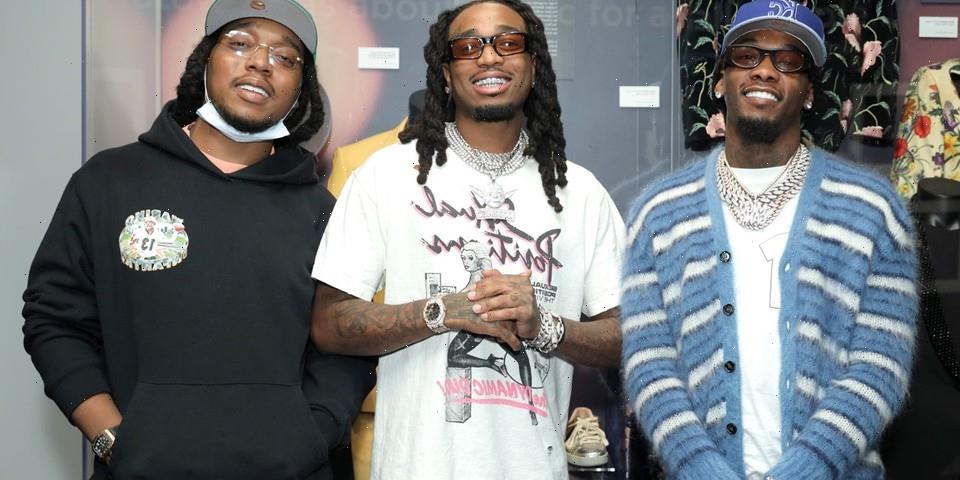 Migos‘ hip-hop style was memorialized on Wednesday at the Grammy Museum in Los Angeles, where the Recording Academy revealed a new exhibit showcasing four ornate blazers worn by the Atlanta trio.

The group took over the museum to host “A Conversation With Migos,” which was moderated by Billboard‘s Hip-Hop Editor Carl Lamarre in front of a live audience. Though Migos was presented with their own exhibit, the group has yet to actually take home a Grammy. In 2018, Migos received two nominations for Best Rap Album (Culture) and Best Rap Performance (“Bad and Boujee”), but Kendrick Lamar nabbed both titles, with DAMN. and “HUMBLE,” respectively.

Migos is only the latest hip-hop act to be honored at the Grammy Museum — in 2015, 2Pac was given an exhibition titled “All Eyez on Me: The Writings of Tupac Shakur.”

Following their debut at the Grammy museum, Migos teased an upcoming “top secret” project pertaining to their recent album Culture III on Instagram. The image shows Quavo, Offset and Takeoff wearing vivid ensembles and posing atop large blue blocks among a posse of models.

The group did not reveal a release date for the undisclosed project.