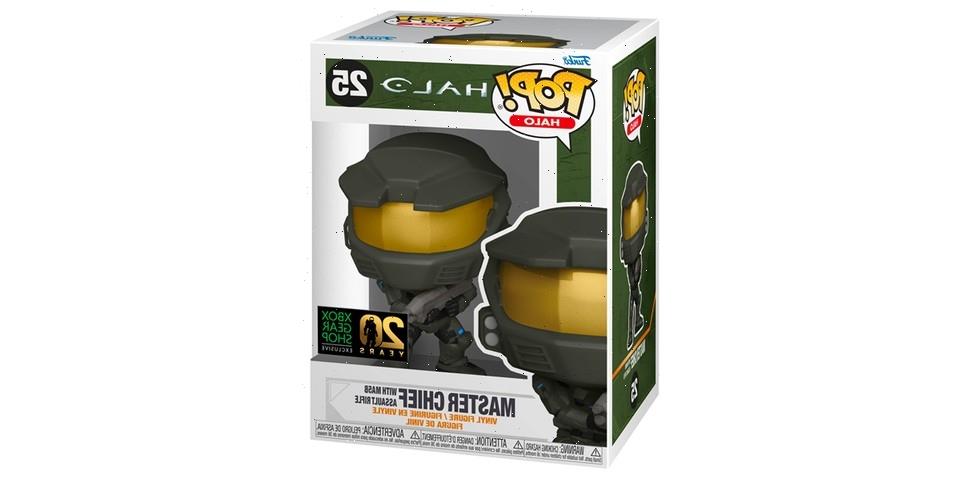 In celebration of Halo‘s 20th-anniversary, Microsoft and Funko have now linked up to create an exclusive Funko Pop! of Master Chief.

Standing almost four inches tall, the vinyl figure portrays the Chief in his signature MJOLNIR armor, this time donning a blacked-out Mark V suit inspired by the 20th-anniversary emblem for the game. An enlarged head with an eye-catching golden visor sits on the figure’s shoulders in the usual Funko Pop! fashion, while his smaller body brandishes the iconic MA5B assault rifle. Completing the figure with a welcome dash of color and contrast are various blue “glows” on his armor.

For the Halo fans out there, Funko Pop!’s new 20th-Anniversary Master Chief collectible is now available for pre-order over on the Xbox Gear Shop for $17 USD, with deliveries expected for April 2022. Each person can order a maximum of three units.