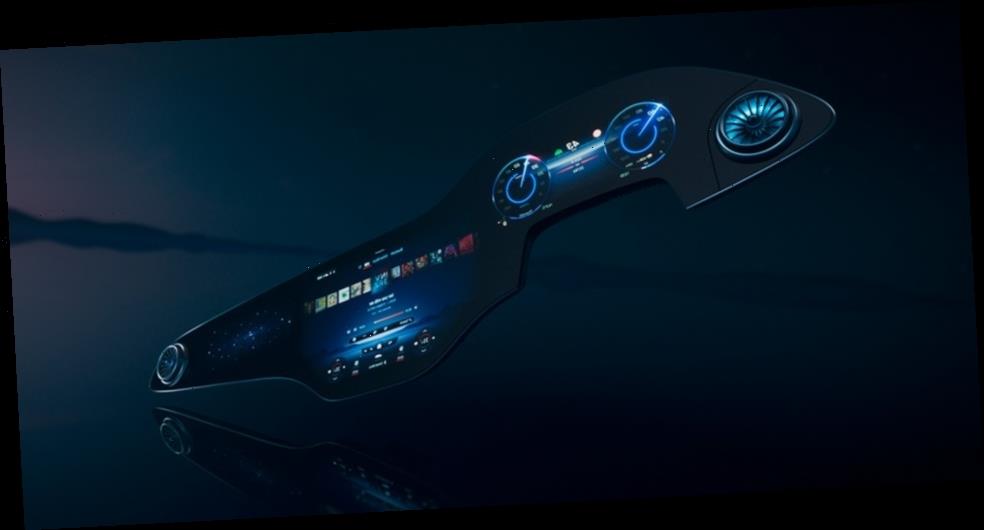 Mercedes-Benz‘s EQS might still be a few years away, but the German automaker has been hard at work on the project, and it just unveiled one of its new innovative creations for the luxury EV: the MBUX Hyperscreen.

Stretching across a whopping 56 inches, the entire screen will replace the conventional instrument cluster and infotainment system using 12 actuators and a series of OLEDs beneath an anti-reflective Gorilla Glass touch surface, all powered by eight CPU cores and 24GB of RAM.

While it’s no doubt a futuristic way to display everything from your speedometer to your music playlist or GPS navigation, the main highlight of the MBUX Hyperscreen is its AI capabilities. Mercedes-Benz says that the system will “proactively” suggest “the right functions at the right time” with “context-sensitive awareness” that is optimized by observing changes in the surroundings as well as user behavior. Features suggested could include calling a certain contact if it knows you’re typically on the phone with them while driving or adjusting your car’s ground clearance depending on your location.

The MBUX Hypserscreen is set to debut along with the EQS, which is scheduled for release sometime between 2022 and 2023.