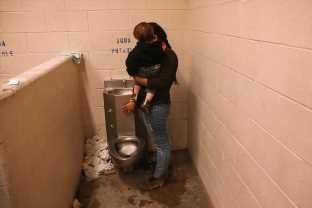 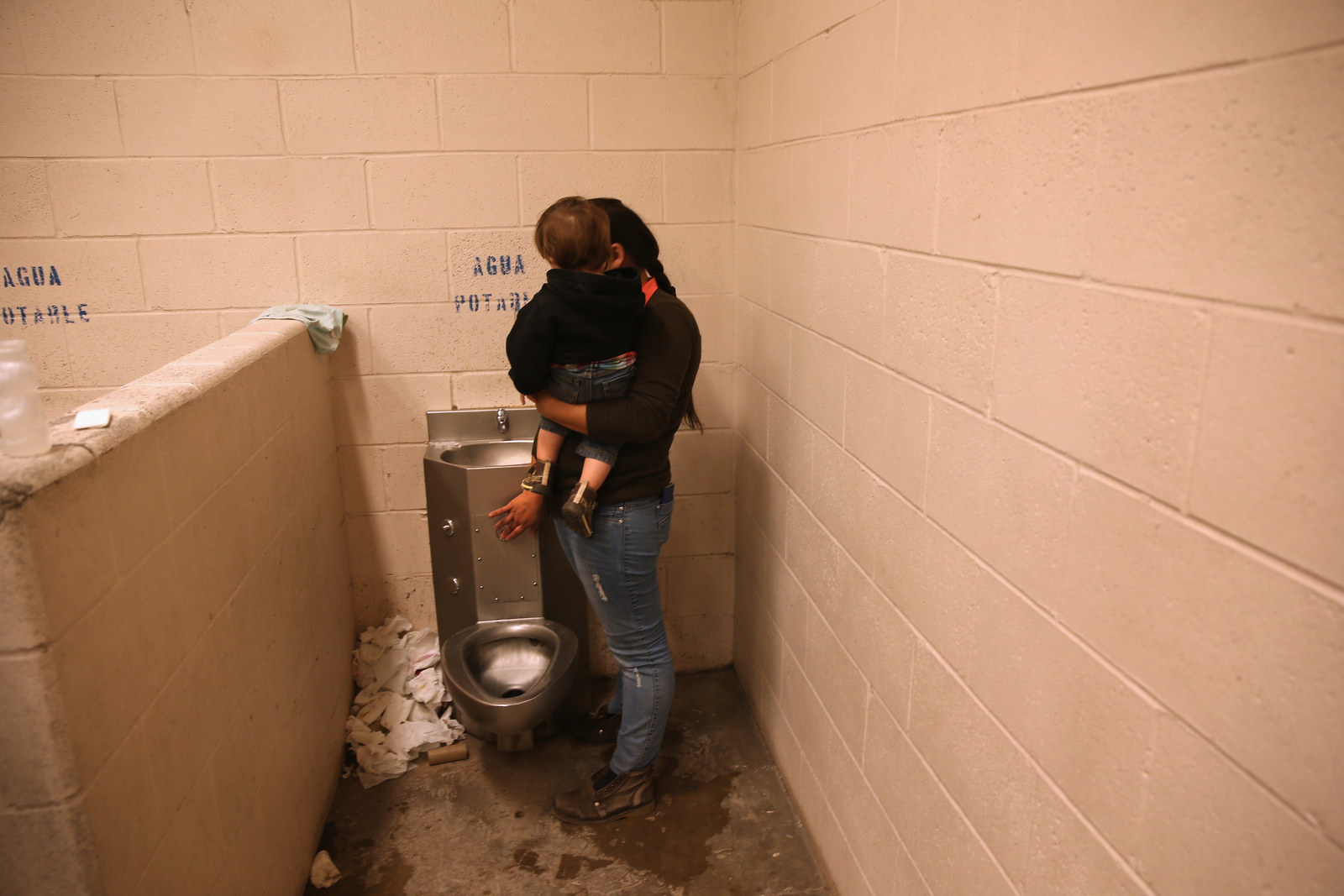 Three members of Congress who visited Border Patrol facilities on Monday said immigrant women were being detained without running water and told by agents to drink from the toilets.

Lawmakers, including Rep. Alexandria Ocasio-Cortez of New York, toured the facilities in El Paso and Clint, Texas, as part of a delegation to investigate detention centers used to hold immigrants following reports children and adults were being housed in squalid conditions. Recent reports from the Clint facility drew outrage last week after lawyers who visited spoke out and described children caring for infants and toddlers, no access to soap and toothbrushes, and inadequate food, water, and sanitation.

Ocasio-Cortez said one of the women she spoke to described the treatment by border authorities — being woken up at odd hours and calling them whores — as “psychological warfare.”

“This has been horrifying so far. It is hard to understate the enormity of the problem,” Ocasio-Cortez said in a tweet. “We’re talking systemic cruelty [with] a dehumanizing culture that treats them like animals.”

Rep. Joaquin Castro said that at Border Patrol Station 1 near El Paso a group of 15 to 20 mothers were held in a cell that had a toilet with no running water.

“There was a toilet but no running water for people to drink,” Castro said. “One of the women said she was told by an agent to drink water out of the toilet.”

Some of the women Castro and others spoke to said they had been detained for 50 days and others had been separated from their children, he said.

Castro blamed the conditions inside Customs and Border Protection facilities on the Trump administration and said the issue was not just about funding for the agency tasked with holding immigrants, but about the standards of care for detained children and adults.

Rep. Judy Chu from California described what the delegation saw as appalling and disgusting. In addition to some immigrant women telling members of Congress they didn’t have access to running water, one epileptic woman said she been unable to obtain medication for her condition.

“One woman said that the Border Patrol agent told her if she wanted water to drink from a toilet,” Chu said on Twitter.

This isn’t the first time immigrants and advocates have complained about access to water or drinking from the toilet.

In 2014, when the US saw a large number of unaccompanied immigrant children showing up at its borders, a group of organizations filed a complaint on behalf of 116 kids who said they were abused and mistreated in CBP custody.

A 17-year-old girl, C.S., who was apprehended after crossing the Rio Grande said the only available drinking water came from the toilet tank in her holding cell.

In July 2018, immigrant families detained by CBP made allegations about spoiled food, unsanitary drinking water, and of being told to drink from toilets. The allegations were filed as part of a 1985 federal lawsuit that resulted in what is known as the Flores settlement agreement. The agreement specifies how long and under what conditions immigrant kids could be held in. 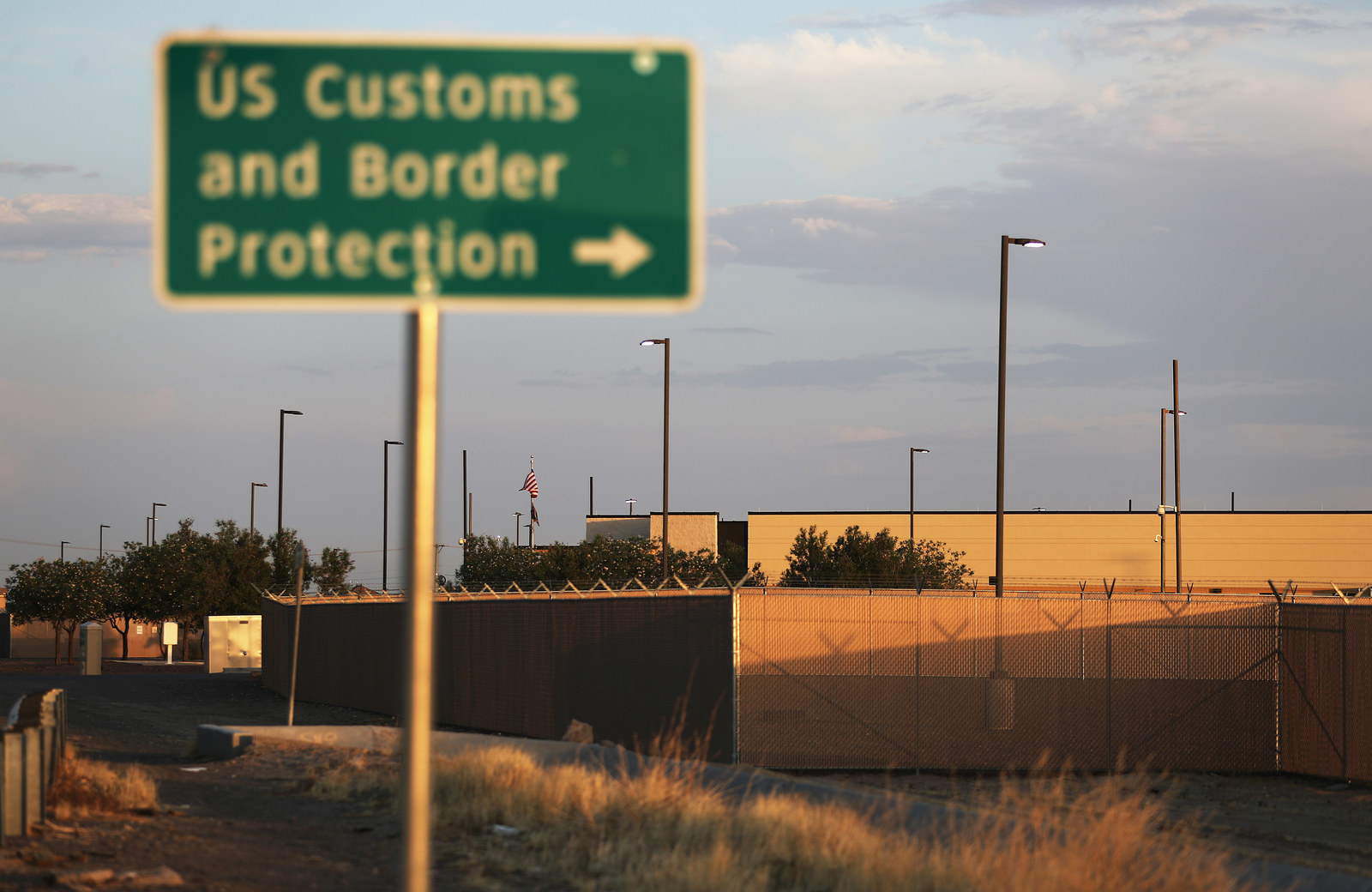 Following a tour of the detention facility, Ocasio-Cortez said on Twitter CBP officers were being “physically and sexually threatening” toward her, an apparent reference to a secret Border Patrol Facebook group where agents joked about the deaths of migrants and posted a vulgar illustration depicting Ocasio-Cortez engaged in sexual acts with a detained migrant. The group was first reported by ProPublica.

During the tour Monday, a Border Patrol agent took a “stealth selfie” smiling with Ocasio-Cortez in the background, which she did not find amusing, said Corbin Trent, the congresswoman’s communications director. One of the posts in the Facebook group included a story about Ocasio-Cortez touring the border facilities and someone commented, “Send pics.”

“She went around and asked agents if they thought it was amusing,” Trent told BuzzFeed News. “She then asked for entry into one of the areas holding children and she got it.”

Following publication of the ProPublica story, the Department of Homeland Security Office of the Inspector General launched an investigation into the existence of the Facebook group, said Matthew Klein, assistant commissioner of CBP’s Office of Professional Responsibility, in a statement.

“These posts are completely inappropriate and contrary to the honor and integrity I see—and expect—from our agents day in and day out,” said Carla Provost, chief of the Border Patrol. “Any employees found to have violated our standards of conduct will be held accountable.”