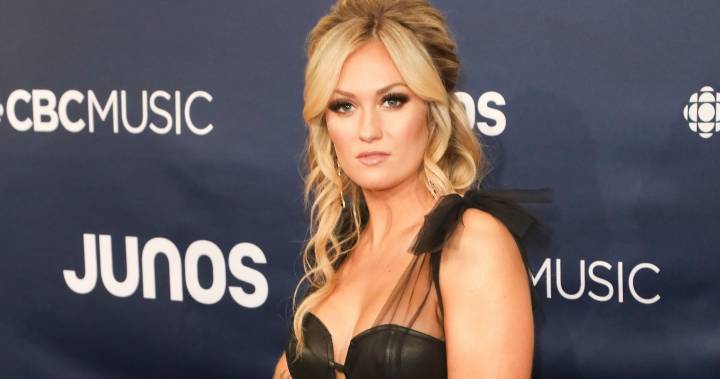 Patrick shared a lengthy social media post over the weekend, and despite some insisting she should’ve just shrugged off the man’s comments as being “drunken,” she insisted she’s glad she stood up for herself.

The fan in question yelled out “Show me your t*ts!” during the musician’s set.

Patrick said Wednesday, “I’ll always stand up for myself, that’s just how I was raised and that’s the kind of person I am. But what’s more important to me than standing up for myself is the positive impact it has [had] on other people.”

“The response we’ve been getting back has been overwhelmingly positive, and not just from other women, from men too,” she added.”

“Women reaching out to me and saying ‘I’ve had this happen to me.’ Or people saying ‘I have daughters, or sisters, or I work in the industry with female artists and I see this all the time.’ [They’re saying] thank you for showing other women that they are not wrong to defend themselves.”

The star, who apologized for the language used in her post, but insisted it came from the heart, went on to slam the abusers, sharing: “Unfortunately the people that say these things are the people that say ‘It’s just part of your job, you’re going to have to learn to let it roll off your shoulders.’”

Meghan Patrick performs on Day 6 of the RBC Bluesfest on July 14, 2016 in Ottawa.

“No, it is not a part of my job!” she continued. “People that behave that way, if they do ever change their behaviour, it’s not going to happen unless someone holds them accountable.”

Patrick also said celebrities often become “dehumanized”, adding that numerous artists had reached out to her to say it had also happened to them.

Admitting she’d probably dealt with the abuse more on social media than in person, Patrick added: “I’m still a human being.”