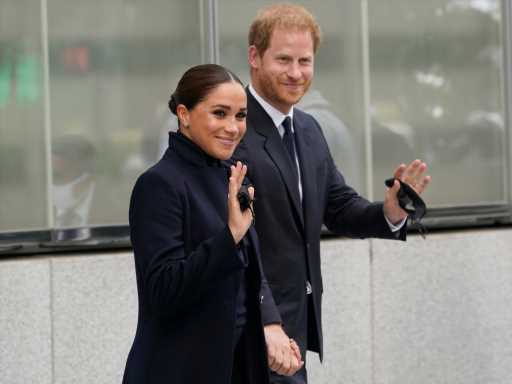 Meghan Markle, Duchess of Sussex has been making good on her promise to fight for paid parental leave in the U.S. — but the way she’s going about opening a dialogue as a concerned citizen has reportedly ruffled some feathers. This October, Meghan shared an impassioned letter to House Speaker Nancy Pelosi and Senator Chuck Schumer on the Paid Leave For All campaign page, reflecting on her watching her own parents struggle to make ends meet as a child and calling on her own experience of welcoming her two kids Archie, age 2, and Lilibet, 4 months. Now, she’s taken the next step of calling her representatives one by one — and while Meghan taking up this cause in some ways feels like a natural fit, it’s the way she’s been introducing herself to discuss the issue that’s given some pause.

Republican Senators Shelley Moore Capito and Susan Collins both spoke to Politico about their experiences being cold-called by Meghan Markle. “I’m in my car. I’m driving. It says caller ID blocked. Honestly … I thought it was Sen. Manchin,” Capito shared. “His calls come in blocked. And she goes ‘Sen. Capito?’ I said, ‘Yes.’ She said, ‘This is Meghan, the Duchess of Sussex.’”

“Much to my surprise, she called me on my private line,” Collins told Politico, “and she introduced herself as the Duchess of Sussex, which Is kind of ironic.”

While Meghan has been unfairly criticized in the past for being “too political,” both while in her role as a senior royal and following her exit from that role, this particular mention from both senators that Meghan was introducing herself as the Duchess does raise questions. In her October letter to congressional leaders, Meghan described herself as writing as “an engaged citizen,” “a parent,” and “a mom” — not as the Duchess of Sussex. And frankly, all of those titles sound more relevant to the issue at hand of parental leave in the United States than the title of Duchess does, which simply leaves us wondering why Meghan would have opted to use the title at all.

While the usual outcry from Meghan’s most outspoken critics that she be stripped of remaining titles has already cropped up on Twitter, whether or not Meghan should have these titles feels like a less interesting issue than why she continues to use them after her choice to distance herself from the royals — and particularly when she’s lobbying on behalf of American citizens.

Perhaps Meghan has become accustomed to people taking her more seriously with her title attached — but doesn’t she know, in America, the words “Meghan Markle” alone carry enough weight? Please keep pushing for this important cause, Meghan: but know that your name is enough for those in power to stop and listen.

Before you go, click here to see family feuds we can’t believe played out in public.