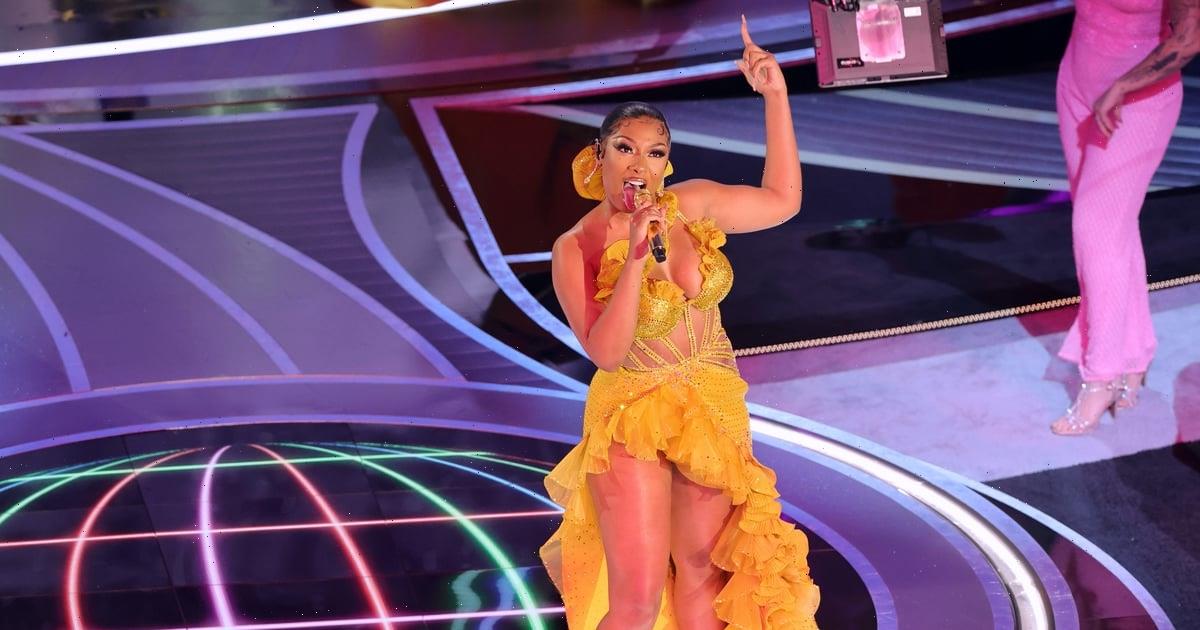 Despite not being nominated for an Oscar, there sure was a lot of talk about Bruno at this year’s ceremony. On Sunday, Becky G and Luis Fonsi joined the cast of “Encanto” — Adassa, Stephanie Beatriz, Mauro Castillo, Carolina Gaitan, and Diane Guerrero — on stage for the first-ever live performance of “We Don’t Talk About Bruno,” the breakout hit from the Disney animated musical. And it was magical, to say the least. Megan Thee Stallion surprised the audience when she joined in with her own brand-new verse for the song.

Even though the film’s soundtrack scored two nominations (best original song and best original score), “We Don’t Talk About Bruno” wasn’t eligible for an Oscar this year. Per the Academy’s set deadline, all songs to be considered for nominations should’ve been sent in by Nov. 1, 2021. “Encanto” was released on Nov. 24, and at the time, it hadn’t been screened by critics yet, so there was no way for Walt Disney Studios to know what a massive hit it would become.

“I’m still proud of ‘Dos Oruguitas’ as the submission,” Lin-Manuel Miranda, who wrote the music for “Encanto,” previously told Variety, referencing “Dos Oruguitas”‘s nod for best original song. “When those are the parameters, you have to pick the thing that best exemplifies the spirit of the movie, and it contains all of it inside this song – as opposed to a journey of a particular character. It’s the foundational story, but I’m not going to say it wasn’t hard [to choose].”