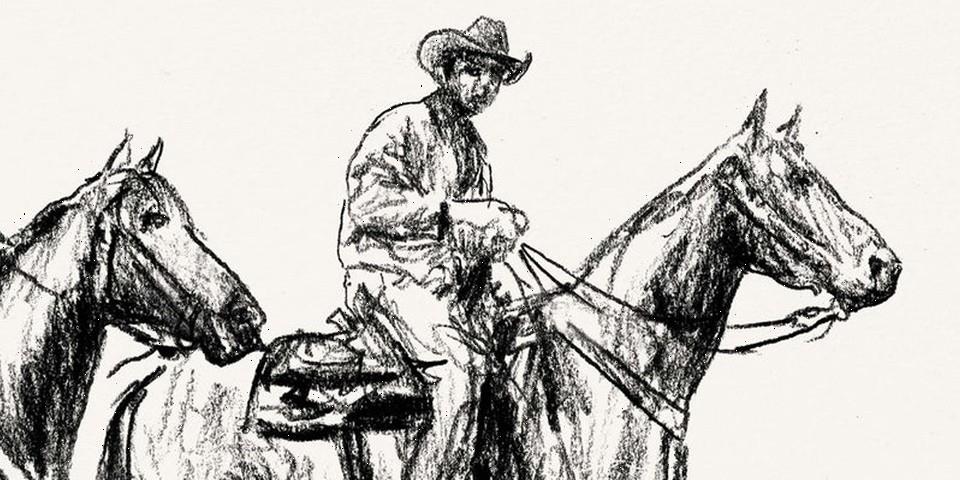 Matt McCormick has been dipping his toes in a variety of projects recently — from a book made in partnership with Sarah Andelman’s Just An Idea, to a capsule collection for his burgeoning apparel line, One of These Days.

To follow, the Los Angeles-based artist has released a new limited-edition print, titled Won’t Be Long. The edition of 100 depicts two cowboys on horseback as they depart with one another. Scrawled above the figures, McCormick writes: “GOOD-BYE I WON’T BE LONG I’M ON MY WAY BACK HOME / SO MUCH TO SAY I HOPE YOU’LL UNDERSTAND MY WAY.”

Emblematic of his past work, the artist explores the myth of the cowboy, along with other prominent forms of American iconography in an attempt to reflect on love and loss, to hopes and fears. Won’t Be Long sizes in at 18 x 24-inches high and is a Giclee Print made on Moab Entrada Rag White Paper 290. The art comes signed and numbered by the artist and is available for $550 USD on McCormick’s website.