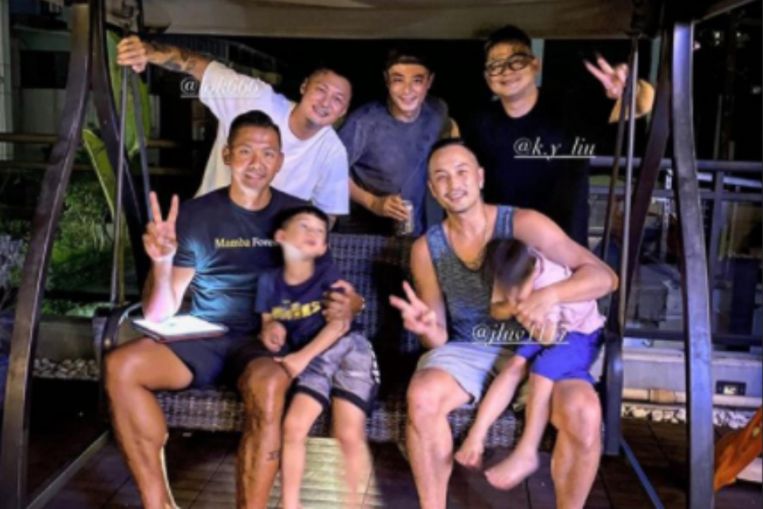 He joked that the three looked like the popular 1980s’ boy band Little Tigers.

He also posted a group photo of the men on an outdoor porch swing.

The stars are all married with children.

Yue has a two-year-old son with model Sarah Wang and is currently expecting a daughter. Huo married actress Ruby Lin, 44, in 2016 and their daughter was born in 2017.

Chen is married to singer Christine Fan, 44, and the two have twin boys born in 2015, while Tang, 41, has two daughters and a son.

While none of the famous wives made an appearance in the photos shared by Chen, Lin was seen in a picture of the gathering shared by Tang’s mother, veteran Taiwanese actress Han Hsiang-chin.

Han, who was star-struck by the handsome leading men at her son’s home party, wrote on her Weibo profile: “I couldn’t stop taking photos. What a wonderful Valentine’s Day.”