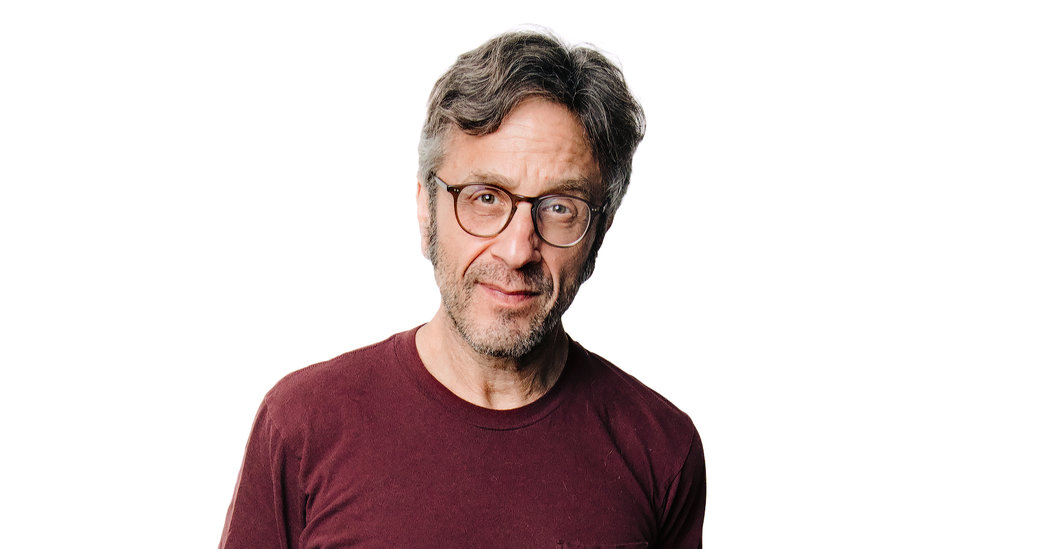 After four seasons of his namesake IFC comedy, and copious soul-searching, Marc Maron wasn’t clamoring for another series, let alone a character so neurotic, so angry and compulsive, so exactly like him. But when he first read the script for “GLOW,” and the role of Sam Sylvia — the dyspeptic B-movie director hired to create a TV show starring the Gorgeous Ladies of Wrestling — he felt a jolt of connection.

“I really did think that I could be that guy,” he said. “I understood the tone of him immediately.” But by Season 3, arriving on Aug. 9 and set in Las Vegas circa 1986, Sam has evolved, if begrudgingly, into a kinder, gentler, more enlightened man after time in the ring with the intrepid wrestlers and their issues — among them, misogyny, workplace harassment, pay inequality, motherhood and abortion.

And where Sam has gone, so has Maron.

“Fundamentally I’m a better person, which is learning how to kind of not make it about me, and to be a worker among workers, and to be part of the cast,” he said. “I was happy to work with talented, powerful women. Like, certainly, I couldn’t really make it about me in that situation, could I?”

Over the last decade, Maron’s sardonic self-obsession has sent legions of admirers tuning in to “WTF,” the twice-weekly podcast in which he excavates the nooks and crannies of his guests’ psyches (willing participants have included David Letterman, Jane Fonda, Robin Williams and Barack Obama) while revealing the darkest recesses of his own.

That same wry pathos has earned him raves in his latest film, “Sword of Trust,” as a pawnshop owner in Alabama who encounters a mythologized relic that might prove the Confederacy won the Civil War. Improvised alongside what he called “a group of talented weirdos,” including Jillian Bell and Michaela Watkins, the comedy was directed by Lynn Shelton, who oversaw his 2017 Netflix special, “Too Real” (he’s shooting a new one in Boston soon), and with whom he’s also writing a movie.

In a phone conversation from Los Angeles, as he walked home from the gym — “I’m trying to stay somewhat fit so when I get old I don’t crumple into some sad ball,” he said — Maron, 55, mused on how being surrounded by women has made him a better man.

These are edited excerpts from the conversation.

Sam seems to be evolving and growing up. He seems to be achieving a bit of humility. And he’s got to deal with being a new parent of a teenage daughter. There’s a lot of life lessons being thrown at Sam that he didn’t anticipate, and he seems to be a bit less selfish in this process of the humbling that is happening to him.

And where are Sam and Alison Brie’s Ruth? Will they, won’t they — should they?

Whether or not it’s consummated, there is certainly some sort of dance going on. There’s definitely a romance there. This season there’s sort of a weird moment of honesty for them together, and then they’re separate people. But it’s pretty powerful and bittersweet.

“GLOW” debuted just months before the #MeToo movement erupted. How have the changes in real life affected the show?

Well, we were literally on set when Trump won. And this emotional breakdown was happening in real time on that set. People were crying. They were shocked. And they didn’t know what to do then. So the cultural arc of #MeToo and the Trump presidency was all percolating underneath the work we were doing there. The set was already very diverse and multicultural and multigender. But we were also very aware that we were backloading some of the cultural struggles of today into that ’80s format to trigger conversations and to figure out, How did these women become heroic in light of what’s happening now? I think you can see some of that.

You’ve been forthright about the behavior that led to your relationship woes. What do you think helped turned that around?

Conversations I’ve had with women, both publicly and privately, have certainly changed me. And working with a crew of women. I don’t think I was by nature a horrible man. I was just selfish, quite the insensitive and at times disrespectful person. But I’ve definitely experienced an opening of the heart and mind in and around this subject like every other man who is willing to own themselves.

You’ve conversed with more than 1,000 people for your podcast. What’s the secret to a great interview?

I think just the questions and being vulnerable and not being afraid to volunteer parts of yourself as part of the conversation, even if that is unorthodox in a standard interview format. I never really saw them as interviews. These conversations at their best always have been me trying to understand and engage those people and their struggles in a genuine way.

The old garage where you taped “WTF” was a comedy shrine, and you planned on using the garage of your new house but have since moved inside. Why the change?

We’re converting the garage into an apartment and the room upstairs was working really well. It’s very cozy, and the sound is pretty great. So I’m O.K. with it. The idea when I moved was to separate the studio from the house so I didn’t have to necessarily have people in my house, but people seem to like my house. And I think it has a grounding effect on the conversation when someone comes into your home and you’re making tea and showing them around and then you go do the thing. It definitely gets people into a different zone.

I’d like to talk to Albert Brooks. He seems to be some sort of white whale for me. And for some reason Lily Tomlin is not as easy to get. There’s a generation of people that I should probably get on. I moderated a conversation with Herbie Hancock the other night. I probably should have asked him to do one.

You’re about to begin the Hey, There’s More Tour. What’s on your mind these days?

Is the Trump administration still rankling you the way it did two years ago?

Yes, it’s difficult. You know, there’s all this talk of not normalizing it. But there’s certainly some sort of adaptation that has to occur so you don’t walk around screaming and crying all day long. So I’m always trying to feed my head with stuff that promotes some sort of creative and intellectual growth.

I read Kurt Anderson’s [“Fantasyland: How America Went Haywire: A 500-Year History”] and that blew my mind in a nice way. And I’ve been listening to a lot of jazz and understanding that on a level lately, so that’s pretty exciting. I’m recently out of a relationship, so a whole part of my brain kind of opened up again, and I seem to be writing a lot more and reading a lot more, which is great, on top of the sadness of having to end something. It’s always doubled-edged, you know? Jesus, man. How much can the heart take?

Some would consider you to be a man in your prime, with a thriving career and plenty of reason for hope.

A man in my prime learning new things about being a man. How very exciting. Oh no, no doubt — I’m definitely not feeling sorry for myself. I’m full of hope. I don’t know if that’s coming through. Full of hope here. [Chuckles]

How are your cats?

They’re all doing well. LaFonda and Monkey, I believe, are exactly 15 years old. Buster’s coming up on three, and I had a scare with him and his kidneys, but he sure seems to have bounced back. I never thought I’d be one of those people who would spend thousands of dollars to save the cat from renal failure, but not only am I that guy, but I’m the guy who actually visited him at the hospital. It’s weird — those are the longest relationships I’ve had in my life, those two dumb cats. And if they live a few more years, I’m going to be living with them longer than with my parents. 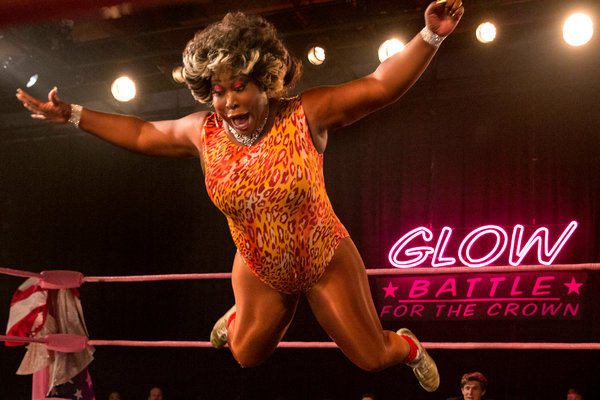 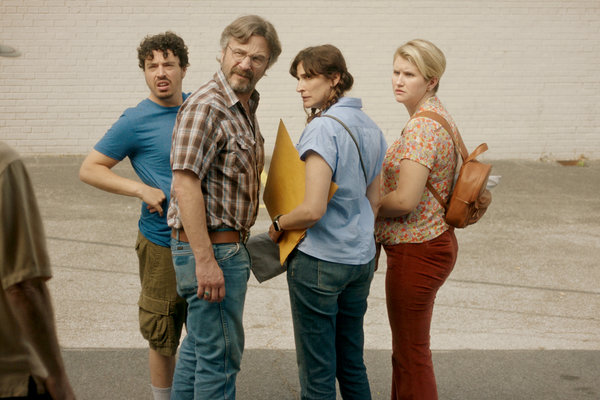 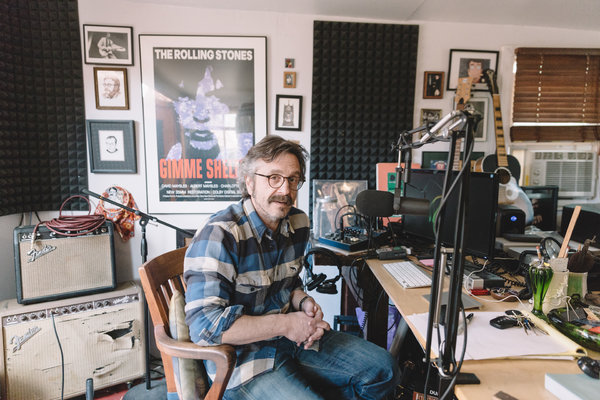