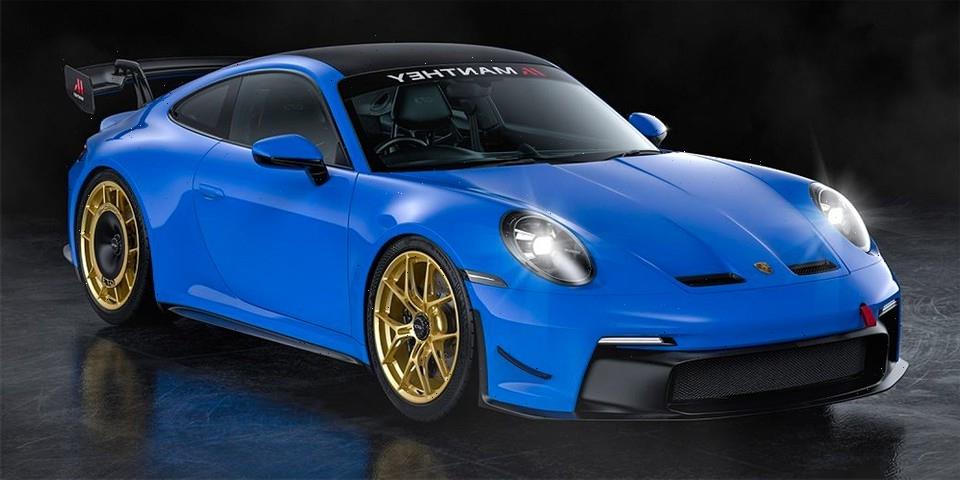 Following on from its take on the Porsche 718 Cayman GT4 and Porsche‘s archive-inspired 911 GT2 RS Clubsport 25 comes Manthey-Racing‘s latest effort, presenting its version of the Porsche 911 GT3.

Putting the focus on the aerodynamics, suspension, brakes and wheels, Manthey elevates the GT3 to make it perform on an entirely new level, going to show that you don’t need to add more power to make a car drive better. By tweaking the car after numerous laps on the Nürburgring Nordschleife, Manthey was able to cut 17 seconds off from the car’s predecessor — which in racing language, is a lifetime.

Upgrades and adjustments include a four-way adjustable suspension kit, a brake upgrade kit, and a new set of rims with the rear wheels being fitted with aero discs — a signature of Manthey-Racing. As for aesthetics and aero, you’ll find a revised front end with a tow hook, a reworked rear diffuser, and the GT3’s swan neck rear wing now appears in carbon fiber.

Take a look at the revised 911 GT3 above, and find out more information on Manthey-Racing’s website.