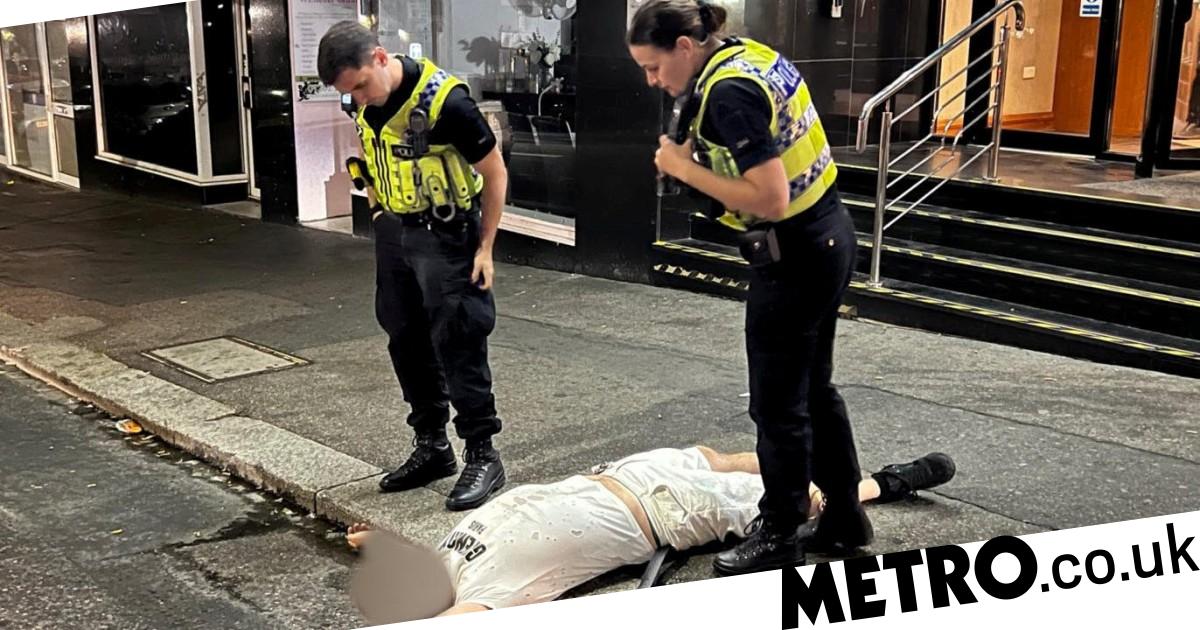 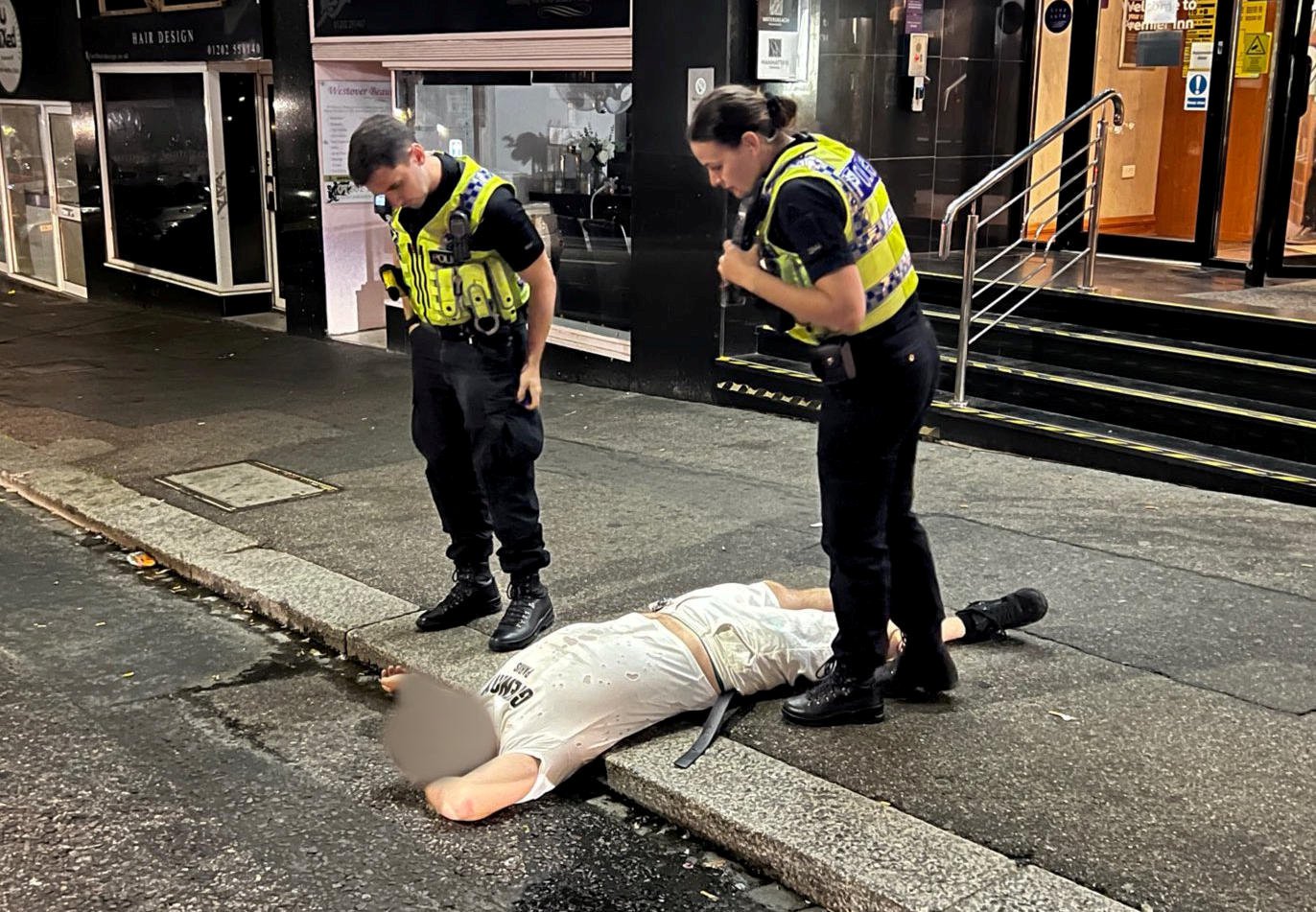 A drunk man who lay down in front of a hotel in protest because staff wouldn’t let him to his room was moved on by police – because he had the wrong hotel.

Police responded to reports of an intoxicated man lying in protest on the pavement outside of the Premier Inn in Bournemouth in the early hours of Sunday morning.

In protest against being refused what he thought was his room, the man decided to lie down on the pavement outside the hotel – until he was stopped by Dorset police.

They then helped him to his hotel – nearby. It is not known which hotel he was meant to be at, but Bournemouth has at least five Premier Inns.

Police tweeted: ‘Officers have dealt with an intoxicated man who was trying to gain entry to a hotel where he didn’t have booking.

‘He laid on the floor in protest. Officers returned him to the hotel he has a booking for over the road.’