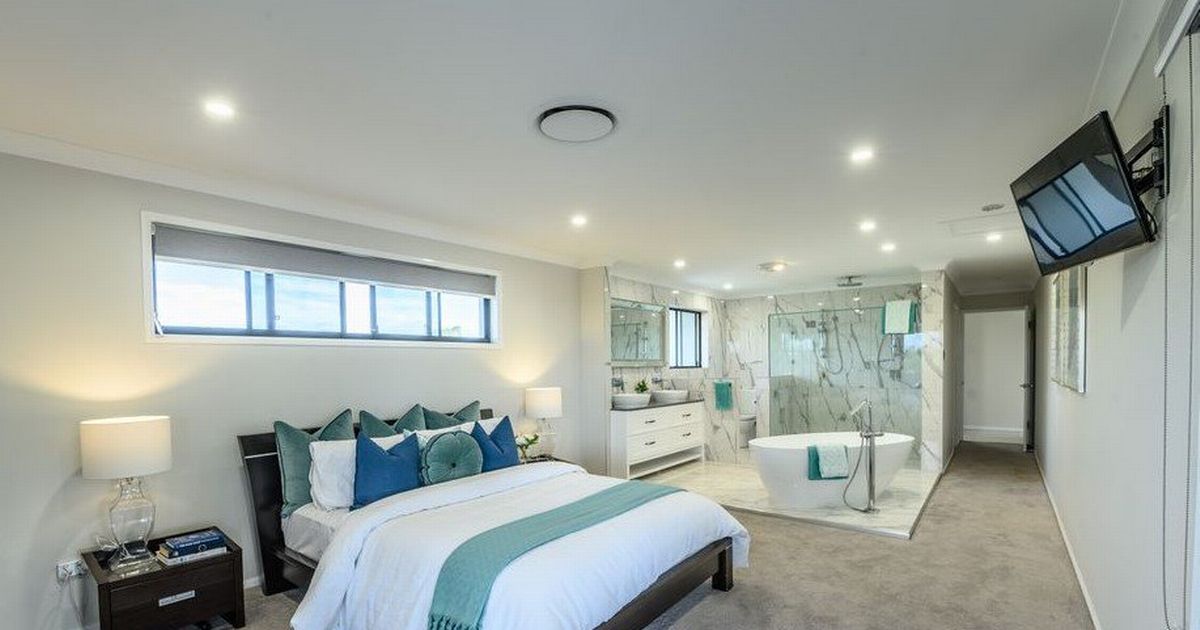 When you think of a bathroom, you probably think of privacy – after all, not many people want their other half watching while they go to the loo.

However one man made the controversial decision to remove the walls from the ensuite bathroom in his $1.9million (about £1million) house, making it all open plan.

Troy Williamson, the property owner, did this while renovating the luxury Brisbane home to sell it, claiming that it was the "in thing" and what couples wanted.

Unsurprisingly it seems he might have made a mistake, as he's been unable to sell the house so far.

He said: "I thought it would be cute for a husband and wife to get ready together.

"Husbands and wives have two basins together, double showers. That’s how I wanted this room to be, all opened."

But his words weren't enough to convince people it was a good idea.

Photos of the unusual room/bathroom combo went viral on Twitter recently being shared more than 100,000 times and it's fair to say people had a lot of thoughts.

A user named Debra posted the picture, writing: "Ensuites without walls. The owner of this house knocked them down and he says it's what couples want. What do you think? #housesforsale "

Hundreds liked and commented on the post, with many sharing their disgust.

"No way! Every marriage needs privacy," proclaimed one horrified person.

Another pointed out: "Sometimes there’s a reason you need to shut the door after using the toilet. Just saying."

A third said: "It is absolutely not what most couples want. There are some things that should be sacred."

"I love my wife but I don’t want to be laying in bed watching her have a poo. Ridiculous," replied someone else.

The only upside people could find for the odd design was that you could see the TV from the toilet.

"Definitely not except… you can see the TV from the loo. Who needs Netflix and chill when you can Netflix and dump?"