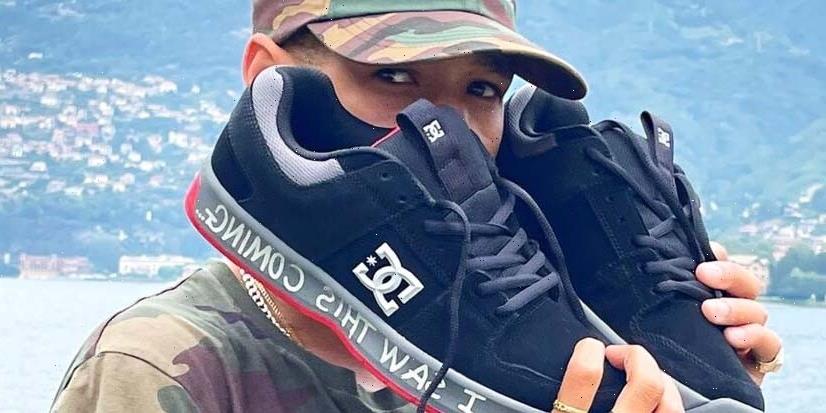 DC Shoes is welcoming London-based skateboarder and creative Lucien Clarke to its pro skate team, joining team skaters including Josh Kalis, Evan Smith, Wes Kremer, and others. Beyond taking up the coveted spot as a skater, Clarke will also be stepping into the role of Creative Director, leading DC’s expansion into the booming Asia market where skateboarding culture continues to blend into different luxury and streetwear spheres.

“Before, it was skateboarding to luxury. Now, it’s luxury to skateboarding. I’m excited to keep pushing the envelope and narrative… all in the name of V,” Clarke comments.

Back in July of 2020, Clarke became the first-ever professional skateboarder to sign with a French fashion house, joining Louis Vuitton under the leadership of Virgil Abloh. During his time at LV, he worked with Virgil to create the first and only pro skate shoe from Louis Vuitton which was followed up with multiple colorways. With the silhouette clearly drawing from DC’s heritage skate models, Clarke’s latest appointment marks a full-circle moment.

“Lucien represents a compelling connection between skateboarding and fashion. He is a truly unique talent and we look forward to his creativity, both on and off-board, becoming a great asset to the Brand. His undeniable style comfortably links DC’s heritage to DC’s future. It’s just a great fit,” writes Michael Minter, Global head of marketing for DC Shoes.