Lloyd Price, who provided some of the seeds for what became rock ’n’ roll with his New Orleans rhythm-and-blues hit “Lawdy Miss Clawdy” in 1952 and later had major pop hits with “Personality” and “Stagger Lee,” died on Monday at an extended-care center in New Rochelle, N.Y. He was 88.

The cause was complications of diabetes, said Jeffrey Madoff, the writer and producer of “Personality: The Lloyd Price Musical,” a stage show scheduled to open next year in Pennsylvania.

Nicknamed Mr. Personality after his most recognizable hit, which reached No. 2 on the Billboard singles chart in 1959, Mr. Price found success with Black and white audiences alike. He was a prolific songwriter as well as a gifted singer — a combination that was relatively uncommon at the time — and his songs were covered by many others. Among the artists who recorded versions of “Lawdy Miss Clawdy” were Elvis Presley and Paul McCartney.

Mr. Price found success early: He was still in his teens when he recorded “Lawdy Miss Clawdy,” its title an exclamation borrowed from a local disc jockey, for Specialty Records, an independent label founded by Art Rupe. On that session, recorded in New Orleans, he was accompanied by a band, led by the local musician and songwriter Dave Bartholomew, that included the pianist Fats Domino.

“Lawdy Miss Clawdy” topped the Billboard R&B chart for seven weeks and introduced Mr. Price’s emotionally direct vocal style and infectious New Orleans beat to white listeners years before the term “rock ’n’ roll” was in wide use. Mr. Rupe later recalled, “That was the first Black record that wasn’t intended to be a white record — it became a white record, versus the previous Black records which were designed for the white market.”

Mr. Price’s career was interrupted by Army service, and by the mid-1950s other Black artists, among them Chuck Berry, Little Richard and Mr. Domino, were achieving comparable crossover success. Mr. Price made up for lost time with huge pop hits of his own. 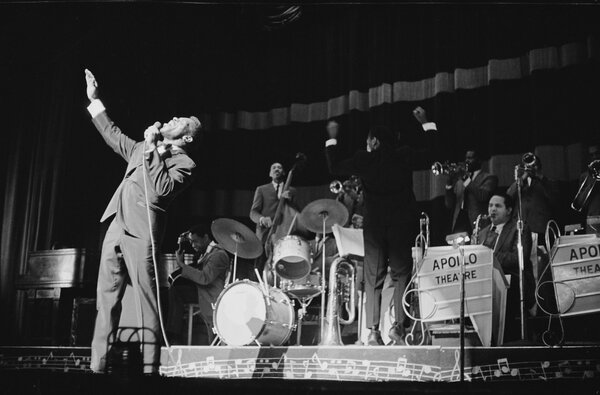 Along with his successful music career, Mr. Price had an entrepreneurial streak: He founded record labels, managed other performers, owned nightclubs, promoted boxing matches, ventured into real estate and even promised to champion the sweet potato with his company Lloyd Price Icon Food Brands.

But the songs came first. “Music brings my soul more joy than anything else does, or can,” he once said. “It makes my heart beat faster with excitement; and my love for music has never changed! If you love music, you know what I’m talking about.”

Lloyd Price, a self-described “country boy,” was born on March 9, 1933, in Kenner, La., one of 11 children — eight boys and three girls — of Beatrice and Louis Price, who owned the Fish ’n’ Fry Restaurant. As a child, Lloyd sang in the gospel choir at his family’s church, picking up trumpet and piano along the way while also working at the family business.

A high school dropout, Mr. Price started his first band, the Blue Boys, at age 18. To the dismay of his parents, he also got a job at a New Orleans nightclub, but he quit at their insistence to work construction.

His breakout success with Specialty Records came to an end when he was drafted in 1953, leaving the label to focus instead on Little Richard and Larry Williams, Mr. Price’s onetime chauffeur.

After returning to civilian life in 1954, Mr. Price founded his own record company, KRC, with two partners. The label did not make much of an impact, but one single he released on KRC, the ballad “Just Because,” was leased to ABC-Paramount Records and reached the Top 40 pop chart in 1957. Mr. Price was then signed directly to ABC-Paramount and soon had his greatest success with the song “Stagger Lee.” His upbeat take on a folk song that had been recorded numerous times since the 1920s, it reached No. 1 on both the pop and R&B charts in 1959.

Mr. Price’s crossover success did not come without some compromise. Dick Clark, the producer and host of the immensely popular television show “American Bandstand,” decided that the lyrics of “Stagger Lee,” which involved gambling and ended with a fatal barroom shooting, were too violent for his show. Mr. Price, ever the savvy businessman, recorded a new version in which the song’s rivals are fighting over a woman and make up at the end: “Stagger Lee and Billy never fuss or fight no more.” (The cleaned-up version was not released commercially at the time, but it was included many years later on a compilation album.)

That same year, “Personality” became almost as big a hit, certifying Mr. Price as a bona fide rock ’n’ roll star. In 1962, he set out on his own again, starting Double L Records with Harold Logan (who had also been a partner in his earlier label), with a roster that included a young Wilson Pickett. After Mr. Logan was murdered in 1969, Mr. Price put his focus on yet another record label, Turntable, along with a nightclub of the same name on the former site of the celebrated jazz club Birdland in Midtown Manhattan.

Mr. Price reached the Top 40 for the last time with a version of the standard “Misty” in 1963, but by that time his star in the music world was fading. He wisely dipped into other arenas, including a partnership with Don King to help promote Muhammad Ali’s “Rumble in the Jungle” against George Foreman in Kinshasa, Zaire, in 1974 and “Thrilla in Manila” against Joe Frazier in the Philippines the next year. Concurrently with the Zaire fight, he helped promote a music festival with a lineup that included James Brown and B.B. King. He lived in Nigeria from 1979 to 1983.

In the 1980s, Mr. Price invested in real estate — he backed the construction of homes in the Bronx — and ran a limousine company. By 2007, at the age of 74, he was talking up his Miss Clawdy line of sweet-potato products to The Wall Street Journal. “It’s going to do things,” he said. “It’s going to bring attention back to the sweet potato.” His company also sold organic cereals and energy bars.

There was always music in the background. Mr. Price helped organize oldies tours, on which he shared the bill with other early rhythm-and-blues acts like Little Richard and Ben E. King, throughout the ’90s and into the 21st century.

Mr. Price released his last album, “This Is Rock and Roll,” in 2017. He published an autobiography, “Lawdy Miss Clawdy: The True King of the 50’s,” written with William E. Waller, in 2009, and a collection of essays, provocatively titled “sumdumhonky,” in 2015.