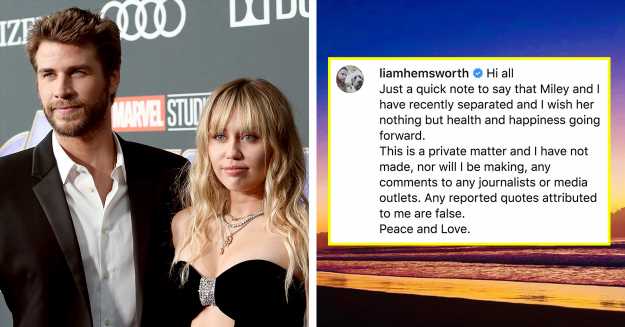 On Sunday, news broke that Miley Cyrus and Liam Hemsworth had separated after eight months of marriage. 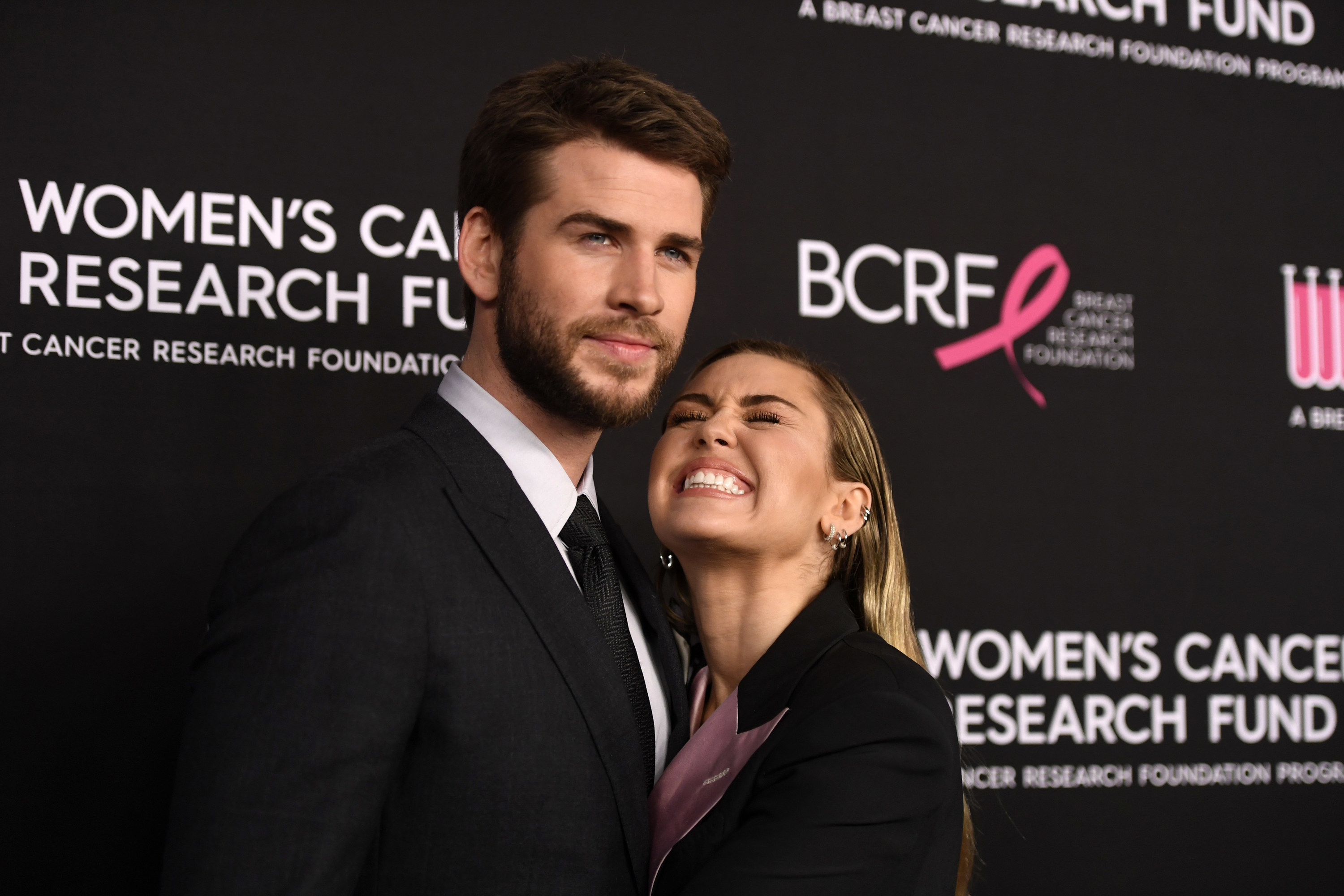 A representative for the couple — who dated on and off for almost a decade — confirmed their split in a statement to People, and said they were taking the time to “focus on themselves and careers”.

“They still remain dedicated parents to all of their animals they share while lovingly taking this time apart,” the statement said. “Please respect their process and privacy.”

However, things got a little more complicated when photos emerged of Miley appearing to kiss Brody Jenner’s ex-wife, Kaitlynn Carter, while on holiday in Italy.

But on Tuesday, Liam shared his first Instagram post since news of the split broke — and, according to him, he won’t be commenting on it publicly.