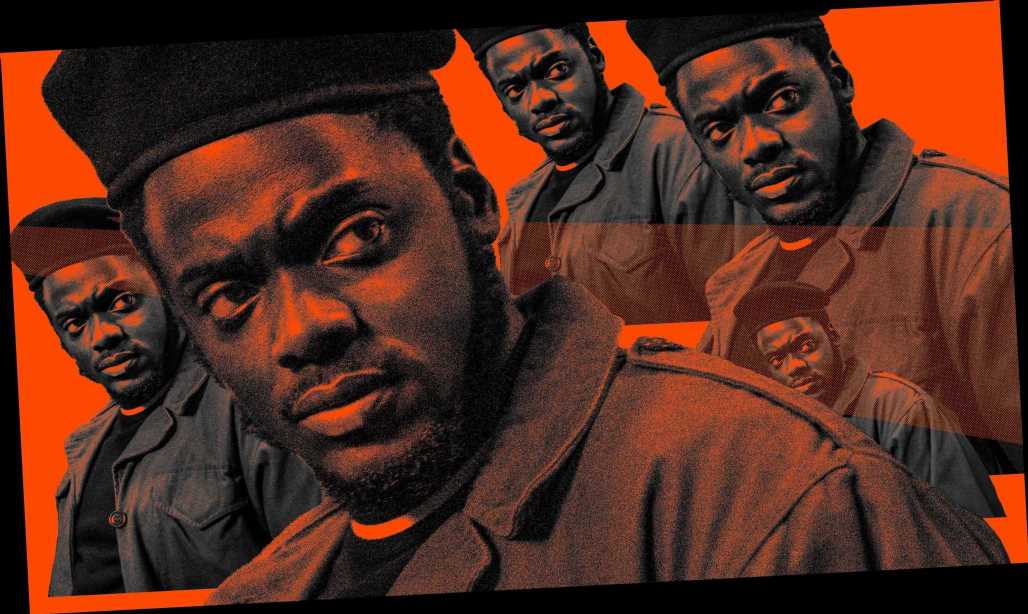 In the four years since “Get Out” made him a household name, Daniel Kaluuya has developed a speciality. Plenty of actors are known for distinct mannerisms or ways of speaking, but Kaluuya’s signature is more electrifying than the average movie-star tic. When he cocks his head to the side and stares someone down, you feel it in your bones.

It can be a gesture of befuddlement, like when the possessed gardener in “Get Out” tells Kaluuya’s character, who is fundamentally a nice guy, that his girlfriend is a “real doggone keeper.” It can convey menace, hence the terrifying “Widows” scene in which Kaluuya’s mobster listens to two henchmen freestyle before murdering them in cold blood. Or it can be a mark of friendship, as seen in “Black Panther” when W’Kabi asks T’Challa about his well-being, a grin plastered across his face.

When Kaluuya first appears as Black Panther Party leader Fred Hampton in “Judas and the Black Messiah” (available on HBO Max and in select theaters Friday), he is sitting down, listening to a student activist at the newly retitled Malcolm X College deliver a speech about the school’s racial progress. The crowd cheers her on, but his posture isn’t celebratory. Kaluuya’s body is slumped to the side of the chair, his head (and the hat on it) askew. He eyes the speaker and the entire room. When he glides toward the microphone a minute later, his carriage is borne out in his words: The facade of equality doesn’t matter, Fred says, if white gatekeepers are still targeting the Black population. He’s a potent speechifier, but Fred’s message registers more loudly because Kaluuya’s body language so effectively announced his suspicion. 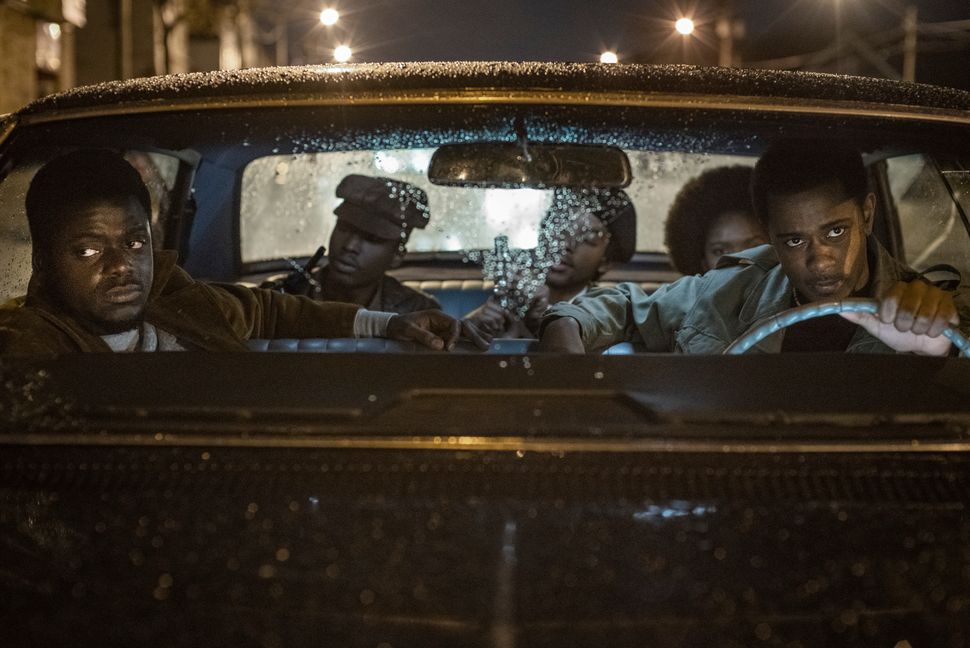 “I was informing my energy towards the speech,” Kaluuya said when asked about the pose. “He’s hypercritical about the audience’s choices in expressing their pro-Blackness and their activism. But also, in some of the footage of Chairman Fred, I saw that stance. And I saw that hat tilted in a certain way, and I was like, ‘Oh, I like that.’ It just hits you. You go, ‘Yeah, I’m gonna sit like this,’ and that’s going to communicate a kind of ’I’m not really sure about this, but I’m still going to give it to them. I want them to wake up because these people think they’re awake.’”

Kaluuya doesn’t consider the head tilt some sort of idiosyncrasy, but he knew what I was referring to when I brought it up during a recent Zoom conversation. His immediate response was to insist he stop, lest it become a crutch. “That’s a challenge to me,” he said. “Is there a way to get what I’m trying to get across in a way that feels different? I just love stuff like that.” I pleaded with him not to let it go; it’s too effective.

Later in “Judas,” dressed in striking green fatigues, Fred confronts the leader of another revolutionary group. Kaluuya repeats the tilt. This time it’s a bit mocking, deployed as a sign of ostensible supremacy. It was a difficult scene to shoot, Kaluuya said. Something didn’t make sense to him at first. How could the Black Panthers, who were unarmed, outstrip a bunch of people holding guns? He needed to weaponize his words, and cocking his head was a way to project power.

“It’s also to communicate to the audience that something is ticking in his head but also not signal too much in the scene so that it feels weird,” Kaluuya explained. “It can’t feel like I’m in my own space and I’m performing to the screen. That’s probably why I do it: It’s having an authentic reaction to what is said. Things are ticking, and I want you to know that I’m having a new thought on this. But it’s like a double consciousness, as I see it.” 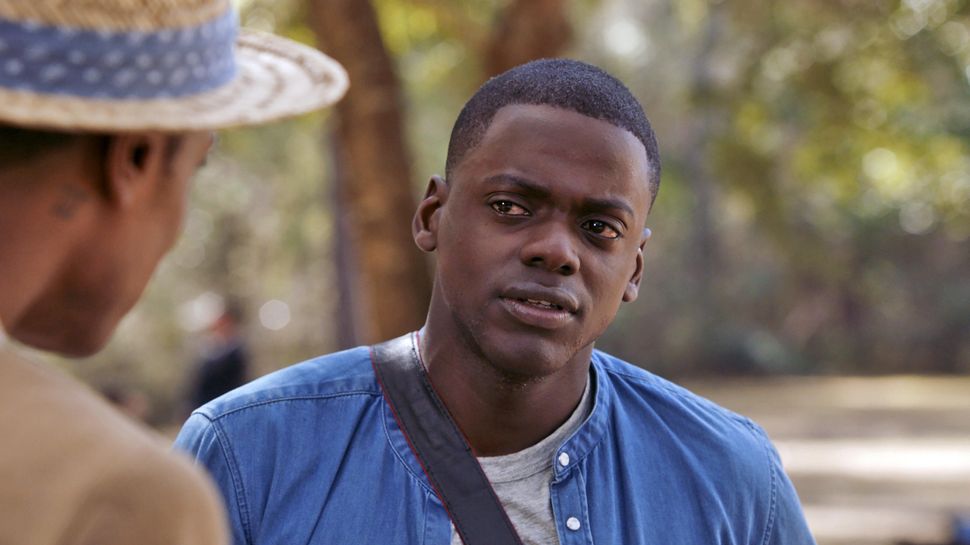 Often, when Kaluuya uses this move it’s because something in the script’s directions made him think beyond the lines he’s tasked with memorizing. Hearing him say that made me think of Sofia Coppola’s approach to writing movies: “I’ve never used a lot of dialogue before because in real life, people don’t express themselves that way,” she once said. “They show things through gesture.”

In the case of “Widows,” Kaluuya was inspired by an old video he’d seen on the blog WorldStarHipHop. Beanie Sigel is listening to Roc-A-Fella Records alumnus Peedi Crakk rap, violating Crakk’s personal space as he performs. That clip helped Kaluuya establish how his character, Jatemme, would collapse physical boundaries in order to invade subordinates’ psyches.

“I thought, ‘That’s what I’m going to do: I’m going to do Beanie Sigel because I remember that and the uncomfortability,’” Kaluuya recalled. “It made Peedi Crakk uncomfortable in it. And Peedi Crakk’s great! But Beanie Sigel’s just in his own place, and you know, that guy is doing something and he doesn’t abide by social etiquette. And that’s what separates Jatemme from everyone in the scene — he’s not abiding by social etiquette. He does what he wants, and he has that weight to him even when he’s listening to someone rap. So people watching go, ‘Oh, weird,’ and they’re taken in, but I’m subconsciously preparing them for the killings because that is consistent on a behavioral standpoint.” 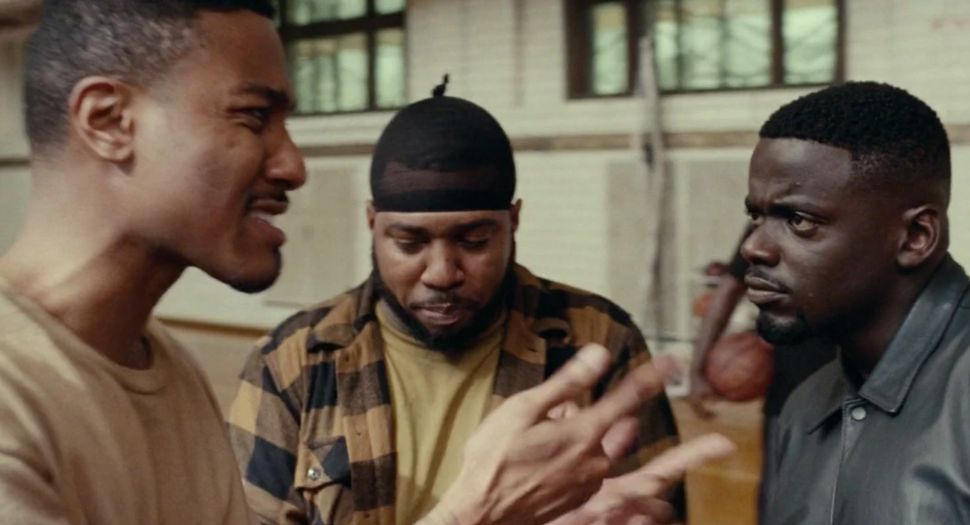 Kaluuya’s instincts have turned him into one of the most compelling actors of his generation. If the 31-year-old gets an Oscar nod for “Judas and the Black Messiah,” he’ll be the youngest Black performer with two nominations in the awards’ history. And if he keeps cocking his head to the side and staring people down, we’ll be better off for it.

“What you’ve highlighted to me, and I’ve never really consciously thought about this, is that I probably personally signal that as listening,” he said. “Sometimes I’ve got a bit of a poker face, so sometimes when I’m standing really still, people think I’m not listening. But if you’ve got a poker face and then you cock, that means it’s registered and you’re taking in something.”