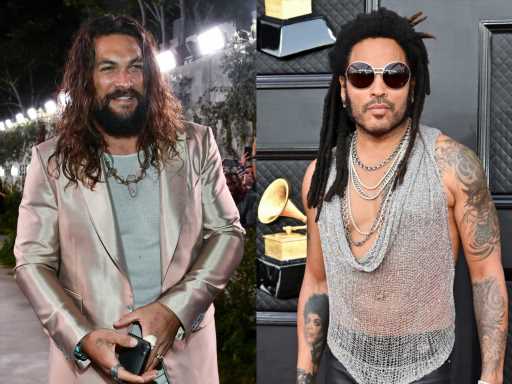 Among the pantheon of Hollywood bromances, there’s one pair whose relationship we can’t help but admire. Jason Momoa and Lenny Kravitz have long been pals ever since the Game of Thrones actor entered the family fray — dating and then marrying Kravitz’s ex Lisa Bonet from roughly 2005 until 2022. But even after Bonet and Momoa’s January split, Kravitz is still just as close as ever to the Aquaman star, and his recent birthday post proves it.

On August 1, Kravitz took to Instagram to share what we truly consider to be the apex of bromance photos. In the snapshot, Kravitz and Momoa are seen riding their motorcycles right next to each other — the “Fly Away” singer clad in leather, while Momoa’s hair flows in the breeze. Along with the photo, which you can see below, Kravitz added a touching caption.

“Happy Birthday, Jason,” Kravitz wrote. “Love and respect always.” Momoa evidently saw the birthday shout-out and took to the comment section of the post, writing, “love u forever. amazing day,” followed by a string of red heart emojis. And with that, our little hearts burst.

Momoa and Kravitz have an incredibly special bond, one that’s contributed to their tightly knit family. Kravitz was married to actress Lisa Bonet from 1987-1993, and the two share 33-year-old daughter Zoë Kravitz, who’s also an actress. In 2005, Bonet started dating Momoa, and the two welcomed daughter Lola, 15, and son Nakoa-Wolf, 13, before they officially tied the knot in 2017. Despite Momoa and Bonet’s split, these family members continue to prove time and again just how important they are to one another. We love to see these tokens of love and affection when we can, and after seeing this touching birthday post, we hope Momoa and Kravitz’s bond lives on for years to come.

Before you go, click here to see celebrity exes who will always be friends.