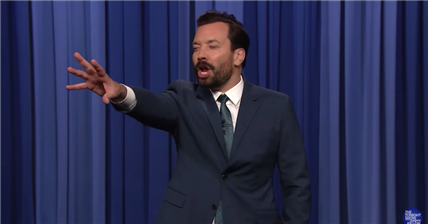 “Trump doesn’t even know what that means,” Jimmy Fallon said after Donald Trump referred to the Florida governor as “Ron DeSanctimonious.” 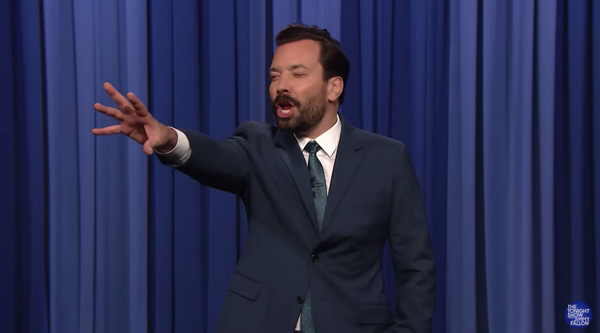 The Best He Could Come Up With

Former President Donald Trump debuted a new nickname for Gov. Ron DeSantis at a Pennsylvania rally over the weekend, referring to him as “Ron DeSanctimonious.”

“Trump doesn’t even know what that means. He thought he was casting a Harry Potter spell on him,” Jimmy Fallon joked.

“Has anyone ever been worse at coming up with nicknames? Imagine Trump in ‘Top Gun’: [imitating Trump] ‘People! People! I know we all love Maverick, but I think I got one that beats it. Are you ready? Everybody ready? Airplane Guy.’” — SETH MEYERS

“You saw that, breaking out a classic Trump nickname. I mean, at least we think it was a nickname. It could’ve just been Trump trying to say ‘DeSantis.’” — TREVOR NOAH

“Yeah, there’s nothing voters like more than insults from a word-a-day calendar: ‘Let’s get bellicose! DeSantis is a pusillanimous sycophant! Incarcerate him aloft!’” — STEPHEN COLBERT

“Yeah, he’s lost some speed on his nickname fastball, you know? In the old days, it would have been something like ‘Smelly Ron,’ and we would’ve all went with it.” — JIMMY KIMMEL

“Even Oprah, who made Dr. Oz, endorsed his opponent, John Fetterman. Which is — I mean, look, that’s like, that would be like me not endorsing Guillermo. It just wouldn’t happen.” — JIMMY KIMMEL

“Poor Dr. Oz. If he wins, he’s gonna actually have to move to Pennsylvania. I don’t know if he knows this.” — JIMMY KIMMEL

“And that’s always how it goes, people. At some point in life, you have to kill the monster you create. Yeah, Dr. Frankenstein and his creature. Obi-wan and Anakin. Parents and their kids.” — TREVOR NOAH

“Astronomers predict that a total lunar eclipse will occur tomorrow. So if you look outside and the moon turns red, don’t worry — it just means Dr. Oz won his Senate race.” — SETH MEYERS

What We’re Excited About on Tuesday Night

Jimmy Kimmel and Stephen Colbert will both go live on election night.

Female playwrights are adapting and revamping Shakespeare’s “Macbeth” for the modern age.