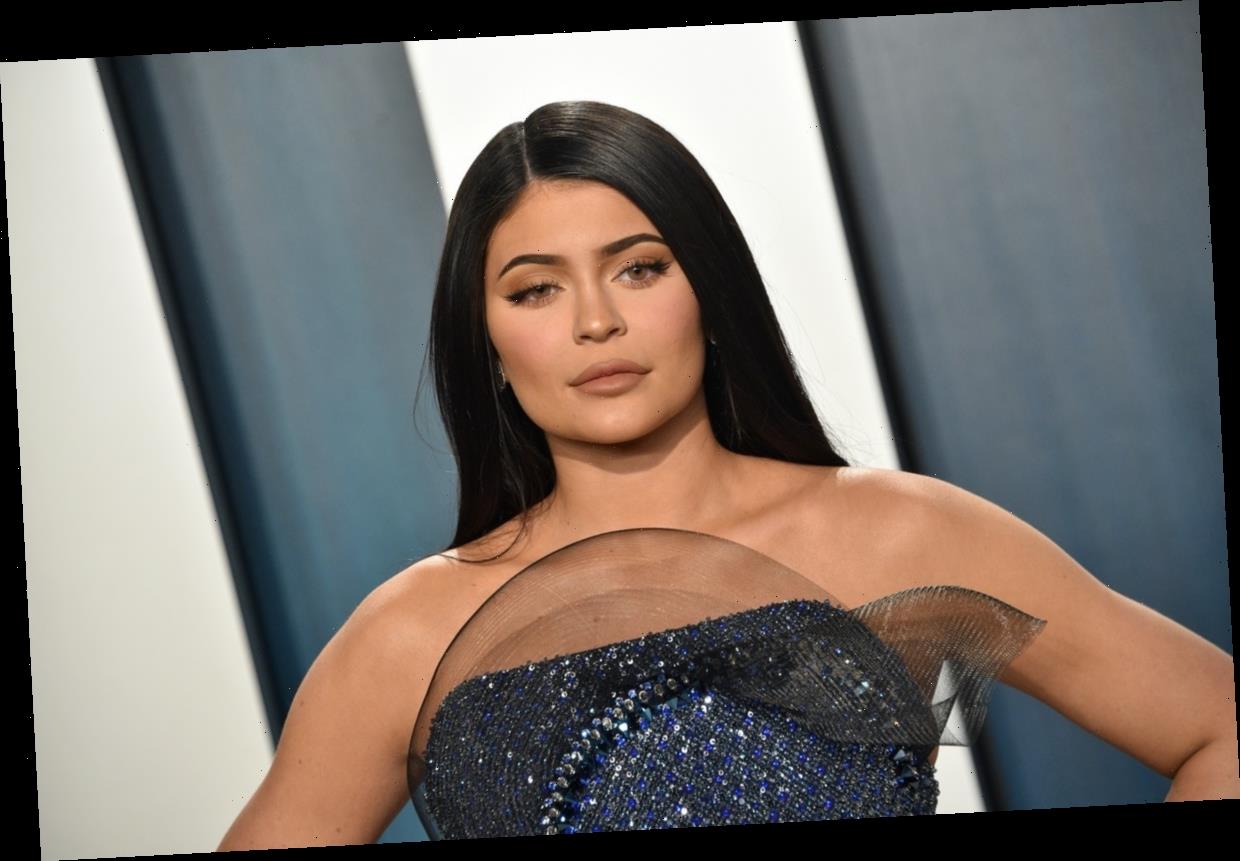 Bikini pics are a strong motivator.

Kylie Jenner knows how to get her Instagram followers’ attention — and as it turns out, she also knows how to get them to take action. According to a new report Kylie Jenner’s thirst trap Instagram post caused a massive surge in traffic to Vote.org, after she encouraged her fans and followers to register to vote in the 2020 presidential election.

On Monday, Sept. 28, the Kylie Cosmetics founder shared a photo of herself relaxing in a skimpy bikini in her backyard, along with a caption directing fans to Vote.org, in order to check their registration. "But are you registered to vote?" Jenner wrote on Instagram. "Click the link in my bio.. let’s make a plan to vote together." A spokesperson for Vote.org told The Hill that the site saw a 1500% increase in traffic from Instagram after Jenner shared her post, as well as an 80% total increase in users interacting with the voter registration tool.

"Following Kylie Jenner’s Instagram post, the surge in interactions with Vote.org’s registration verification tool speaks to an energy among young Americans who want to make sure their voices are heard this election," CEO Andrea Hailey said in a statement. "By making voting easier, and in turn, getting more people to vote, we create a stronger, more representative democracy." As of Oct. 1, Jenner’s post has over 9.6 million likes; she has 196 million Instagram followers.

While Jenner doesn’t often open up about her political views on social media, she has twice supported a presidential candidate on social media. In 2015, after Kanye West announced that he planned to run for president in 2020 at the MTV VMAs, Jenner shared a meme supporting the idea on Instagram. (She did not officially endorse him during his actual short-lived presidential run in 2020.) The following year, she told her followers on Snapchat that she was voting for Hillary Clinton on Election Day 2016, according to The Huffington Post.

However, in June, Jenner began using her social media platforms to speak out in favor of the Black Lives Matter movement, explaining that seeing video footage of George Floyd’s death had left her shaken. "I’ll never personally experience the pain and fear that many black people around the country go through every day but i know nobody should have to live in fear and nobody deserves a death like George Floyd and too many others," she wrote in a lengthy Instagram post. "Speaking up is long overdue for the rest of us. we’re currently dealing with two horrific pandemics in our country, and we can’t sit back and ignore the fact that racism is one of them." The Kylie Cosmetics founder added that she "fear[s] for my daughter," 2-year-old Stormi, and "I hope for a better future for her."

In addition to encouraging her followers to "keep sharing, keep watching, [and] keep speaking out," she also used her Kylie Cosmetics social media page to announce that she would be donating to the Youth Justice Coalition, Black Lives Matter, Campaign Zero, NAACP and Equal Justice Initiative. "We will continue to educate ourselves and our followers on how we can come together to support the fight against racism and will celebrate, uplift, and empower the black community through our channels," she wrote in a statement. "This is an ongoing dialogue, and we hope you all will continue to be vocal about what you want to see, not only from us, but from the beauty community, and from each other."

Jenner is not the only celebrity to inspire a massive surge in voter registration as a result of her social media posts — though they don’t all use thirst traps to do it. In October of 2018, Vote.org reported that up to 65,000 people registered to vote after Taylor Swift opened up about her political views for the first time on Instagram. "Please, please educate yourself on the candidates running in your state and vote based on who most closely represents your values," the singer wrote at the time.