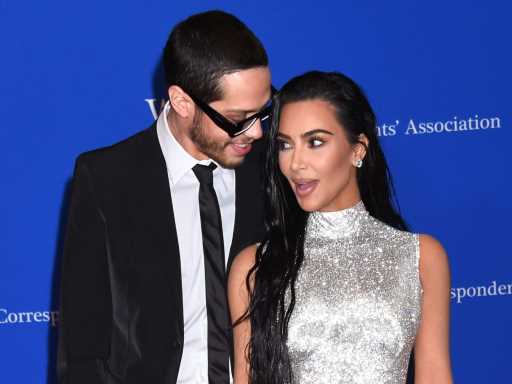 Kim Kardashian and Pete Davidson’s nine-month romance is now a part of Hollywood dating history, but viewers get to relive some of their relationship through the second season of The Kardashians. Even though he wasn’t a major part of filming the reality show, the SKIMS founder dished a bit during her confessional about the secret behind his hot-girl dating success.

While many fans chalk it up to the comedian’s BDE, Kim shows that there is a much softer side to Davidson. “Pete has the best heart,” she said in the Oct. 6 episode. “I feel like people, they have this, like, idea of him that he dates all these hot girls. And he does. But he’s just the sweetest, most thoughtful person.” So that is likely what hooked Kim right in, and probably every other smoking-hot woman in Hollywood, including Ariana Grande, Kate Beckinsale, and Kaia Gerber.

Of course, the episode was filmed back in February when their love affair was still going strong, but it seems that their 12-year age gap eventually got in the way. “Pete is younger than her by 12 years and although age is only a number, it does carry with it certain things that make her and Pete not relatable,” a source told Hollywood Life after their split. There weren’t any hard feelings, though. Kim and Davidson reportedly “had a magical time” together, but this was a rebound romance for her after her Kanye West divorce.

Kim’s revelations about the former Saturday Night Live star certainly won’t hurt his reputation, it will only help his dating life. And we know the Hollywood dating speculation out there is already pairing up Davidson with the not-yet-single Gisele Bündchen — Tom Brady better watch out! 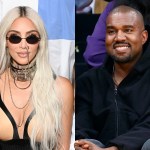