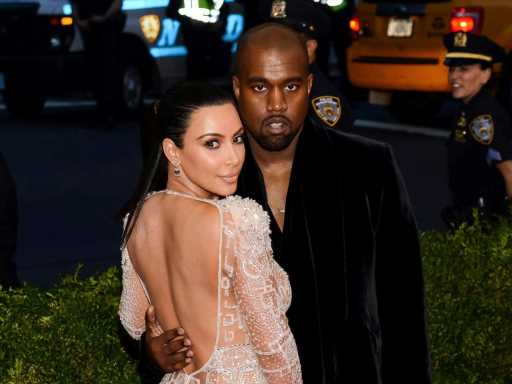 When Kim Kardashian hosted Saturday Night Live a few weeks ago, she surprised everyone with her comedy chops. Honestly, her timing was spot-on, and while it definitely helped that she had some top-notch writers in her corner, the SKIMS mogul proved she has wit of her own to spare. Kardashian’s wry humor was on full display once again when she recently gave a toast at a friend’s wedding rehearsal, where she poked fun at her divorce from Kanye West and her past two marriages.

The Keeping Up With The Kardashians alum was among the guests at Simon Huck and fiancé Phil Riportella’s wedding rehearsal, per TMZ. During her toast to the happy couple, Kardashian really doled out some self-deprecating quips that left everyone laughing. “It’s honestly so nice to be here for a gay wedding,” Kardashian began her speech. “I mean, I haven’t been to one since my second wedding… I was a little bit confused because I haven’t really figured out this marriage thing myself, so I don’t know what kind of advice you think I’m gonna give to you guys tonight,” she said. You can watch the full clip HERE!

Of course, Kardashian’s initial reference was to her second wedding — and 72-day marriage — to basketball player Kris Humphries. But even Kardashian’s admission that she has yet to figure out “this marriage thing” (honestly, has anyone figured it out?) felt like a very self-aware reflection on her February 2021 divorce from husband of nearly seven years, Kanye West.

Despite seemingly having an amicable split, Kardashian and West have still made headlines for their relationship post-divorce filing. Most notably, Kardashian attended one of West’s Donda listening parties and joined him on stage in what appeared to be her wedding dress, causing many fans to wonder if there was hope for Kimye after all. But now that the two are reportedly seeing other people, it looks like the former couple is officially moving on. And after her recent outing, we’re wondering if Kardashian could give rumored new love interest Pete Davidson some competition as a stand-up comedian.

Before you go, click here for all the celebrity splits and divorces we never saw coming.