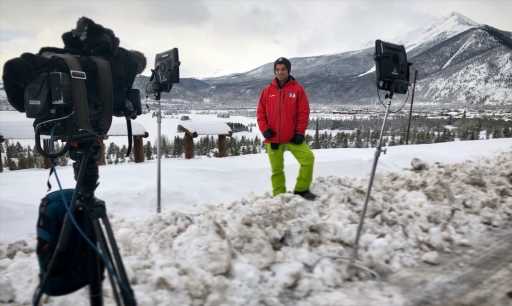 For 13 years, Kevin Torres has covered some of Colorado’s biggest stories and most memorable moments.

Torres is leaving the TV news industry after 17 years, the last 13 of which have been spent in Denver. Friday is Torres’ last day at KDVR, where he’s worked for seven years.

“Like countless others, I’ve spent my time during the pandemic reflecting on what I want to do and what’s next for me,” Torres said on his Facebook page. “I’ve been a TV reporter my whole career, 17 years is an awfully long time, and I wouldn’t trade a second of it for the world.”

Torres says he starts a new job at Robert Half Talent Solutions next week. He hopes to connect job seekers to well-paying and exciting jobs. He’ll be staying in Denver, which he calls home.

“I couldn’t be more grateful for the years of experience, opportunities and friendships everyone at my TV station has given me; they’re the best people in the world,” Torres said.

Torres began his career as a multimedia journalist in Watertown, New York, then moved to become a reporter at WSYR in Syracuse, New York. In 2009, Torres got a job at Channel 9 in Denver. Over the past few years, Torres has shifted to doing consumer reporting for FOX 31.

“Man, what an incredible and rewarding experience it has been,” he said. “From the good news stories traveling every inch of this breathtaking state to covering some of the most difficult and historic moments Colorado has ever experienced, I’ve been here doing it all.”

According to Torres, he won 12 Emmy Awards throughout his TV news career.