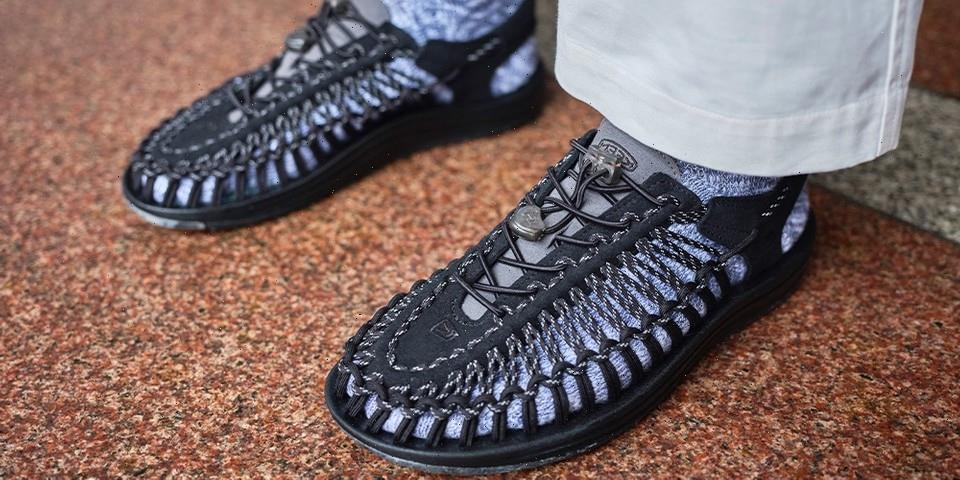 KEEN has enlisted three of Japan’s leading menswear stores in BEAMS, JOURNAL STANDARD and UNITED ARROWS for a trio of collaborative footwear releases this coming weekend.

The American label — who only last week released its second products alongside Engineered Garments — links with the three to give each brand the chance to design their own unique take on its open-air footwear.

Taking on an exclusive and sophisticated aesthetic, JOURNAL STANDARD opted for a suede tongue to create an all-over more premium look, each of which arrives in either “Sunni Black” or a crisp white take.

Working with the UNEEK SNK, BEAMS chose to employ vibrant pops of orange across the foot, juxtaposed with a jet black tone across the base of the shoe, beneath a striking multi-colored cord and toggle up top.

Rounding out the three collabs is a monochromatic take from UNITED ARROWS. Boasting a static cord with reflective specification and an incorporated marble element on the upper, the shoe sits atop the archetypal and durable KEEN outsole.

All three collaborations will drop on the KEEN webstore on April 17, with BEAMS and UNITED ARROWS retailing at £90 (approximately $124 USD), and JOURNAL STANDARD at £180 (approximately $250 USD).

In other news, Jerry Lorenzo has teased the launch of a Fear of God slip-on.
Source: Read Full Article