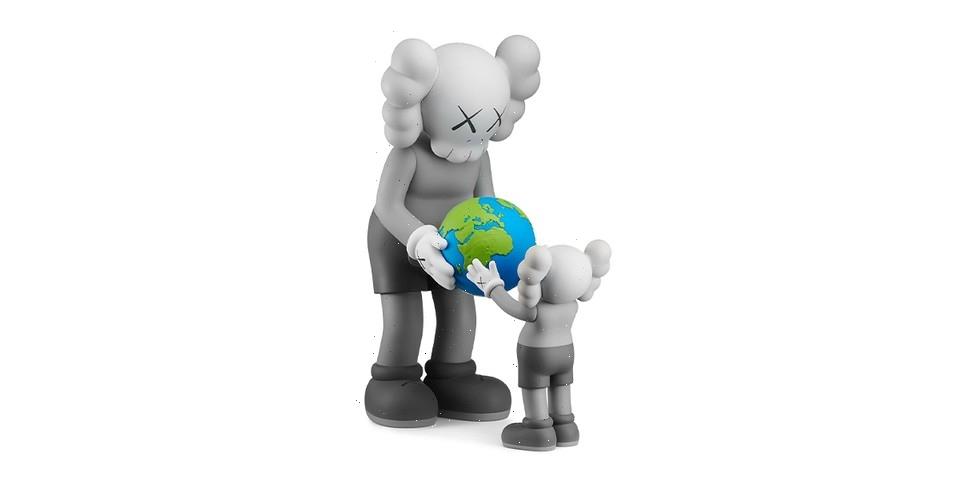 Following the unveiling of his “THE PROMISE” public art installation at Qatar Museum’s Dadu Gardens, KAWS is dropping a new set of vinyl figures and posters for collectors.

The grandiose figures standing in the Dadu Gardens are depicted as two KAWS COMPANION figures in grey and appears draw similarities to the “FAMILY” COMPANION figures that see the larger version appear to pass a globe-like sphere to the child-like version. The figure can be seen as a signature feature at Dadu, which is fitting as it is the Children’s Museum of Qatar.

Fans can now own a replica figurine of the installation. The vinyl figures arrive in three different colored COMPANIONS, including in grey, brown and all-black. In all the figures, the globe is the same and arrives in the traditional blue and green makeup. In addition to the vinyl figures, KAWS is also releasing an signed and numbered edition screenprint to commemorate the new “THE PROMISE” installation for $5,000 USD. The print comes unframed and is limited to only 500 editions. The installation arrives during the 2022 FIFA World Cup in Qatar.

In case you missed it, Christie’s is auctioning furniture once owned by Marie Antoinette.
Source: Read Full Article